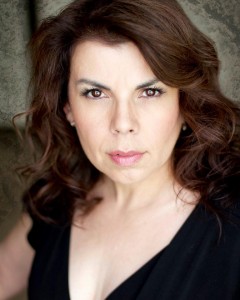 Marilyn Ghigliotti is best known for her role of Veronica in “Clerks”. With the director, Kevin Smith, announcing that “Clerks III” will be his final film, Media Mikes had a chance to chat with Marilyn about the news and reflects on her role in the original “Clerks”.

Mike Gencarelli: How can you reflect on Kevin Smith’s latest news to make “Clerks III” his last film?
Marilyn Ghigliotti: Well, it would be great. I think a lot of people really want to know what is happening with the characters anyway. I do not know if Veronica would be brought back or not – it would be really nice if she was. I am constantly asked that question about a third film. I was just lucky enough to work on the first film and play that character that everyone loves. In the same respect, I like the fact that fans are curious but I only know the same as them right now [laughs].

Mike: Why do you think these characters resonate going on 20 years now?
Marilyn: I think because they are believable. Everybody can relate to these characters. I am thinking because Kevin Smith had a lot of things against him but he beat the odds and was able to make this film possible without a studio. Since then it has just grown over the years. I have even had a nine year old girl come up to me and said that she loves the film [laughs].

Mike: Reflecting back on “Clerks”, at what point did you realize that this little film wasn’t going away?
Marilyn: It was when we were all at Sundance, which is when Miramax bought. Brian (O’Halloran) and I knew that the meeting was going on and we waited on pins and needles to see what was going to happen. When we got word it was bought by Miramax, where were really excited. Even then though, we didn’t know what to expect but we knew it was going to be a little more than we anticipated.

Mike: Do you have a highlight of working on that film?
Marilyn: All of it really. Next year is 20 years since it was filmed, so it is quite a long time. It was just a great experience. I remember we went in very late to shoot and at the time I was working at a salon as well. So I would be lucky to get an hour or two sleep after shooting before going off work. During shooting we got to meet the town drunk that would come in and buy cigarettes very late. We had hot bagels that we weren’t really suppose to have. So things like that.

Mike: Did you have any challenges with the sharp and quick dialogue for Veronica?
Marilyn: Oh yeah! I kind of trip-over my tongue naturally. You can even see, during the scene when Dante is painting Veronica’s nails. Kevin had enough film that he probably could have done a few more takes but I just kept tripping over my tongue. Even though, I come from theatre, which includes a lot of lines to memorize for a stage performance. For me learning lines is always a stressful thing. I want to be able to say them correctly as they are written.

Mike: Did you ever get approach for a role in “Clerks II”?
Marilyn: No, it never did. I did get to go to the premiere out in Red Bank though. I can see why she wasn’t in the film. But I could also could have seen a little cameo with her in it as well. There are many possibilities that I can see for Veronica in “Clerks III”. I know that Kevin writes his stories on how he is feeling at that moment, so it could have nothing for my character as well. But I am still hoping.

Mike: Besides acting, telling us about your work as a make-up artist?
Marilyn: Before I started acting, I was a practicing hair stylist in a salon. At a certain point, I was looking for something new. I was always interested in the entertainment field growing up, in some respect. I always wanted to take dance lessons as a kid and used to always watch musicals. I just ended up falling into it and I am happy I did. My parents brought me up telling me to get an office job or become a secretary to have financial security. Nothing against my parents but I am glad that I fell into this.

Mike: Tell us about what you have planned for next year?
Marilyn: There is one project called “Geek USA” that came about from the sound guy, Phil Bladh, who I worked with on “Alien Armageddon”. It was based on his prom when he was in High School. I was originally supposed to play his mom but there was a scheduling conflict. So I just play a store clerk and hopefully the scene isn’t cut [laughs]. It was fun though! I also just did a day on Neil Johnson’s latest film “Starship: Rising”. He was the director of “Alien Armageddon”. It was only one day but I love getting to work with him and he puts me in these roles that you wouldn’t normally expect to see me in. So, that was fun to do and I like getting to show range.