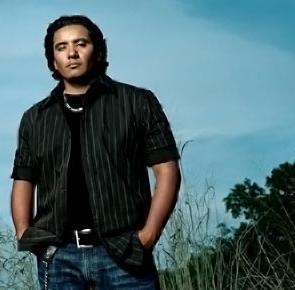 Jojo Garza is one of the three Garza brothers that makes up the band Los Lonely Boys. Jojo role in the band is the bassist. The band is currently touring the world for their latest album “Rockpango”. Media Mikes had a chance to chat with Jojo about the bands music and also the new album.

Mike Gencarelli:  What’s the most challenging part of working with your brothers?
Jojo Garza: The fact that they are my brothers. I know it sounds funny but that’s the truth. The way we grew up was that family sticks together and that no one can help you better than family.

MG: Can you give us some back ground on your most recent album, “Rockpango”?
JG: A lot of inspiration comes from what we experience in everyday life. We try to write so that the music has an angle everyone can relate to. A lot of the new songs have that idea behind them however they also have some new musical inspiration as well. We tried to thrown in some funk grooves and also pay tribute to some our idols like Michael Jackson and Stevie Wonder. Musically we challenged ourselves on this album. The string quartet was something completely new as well. We really wanted people to hear some new sounds. The album is a whole new vibe.

MG: What do you like most about performing live?
JG: Being able to talk with people and letting them know we are still here. We are getting ready to go to Japan in a few days. We are going to keep spreading the word for as long as we can.

MG: Do you have a favorite song that you like to perform live?
JG: I just love jamming and playing any song really. I don’t think I could pick just one.

MG: Have you ever played the “Guitar Hero: World Tour” version of your song “Heaven”?
JG: Yes I did and I sucked at it. (Laughs) We actually did alright. It’s crazy that song did what it did. That song allowed us to show people we could play music. Playing that song on the game was not like playing it live on stage that’s for sure!

MG: Tell us what else you got planned for 2012?
JG: We are ready to play wherever. We want to bring the people some good times. We are working on new material as we speak and we can’t wait for people to hear it. We have a handful of songs that I think are very creative. We sing our hearts out in every song no matter what it is.