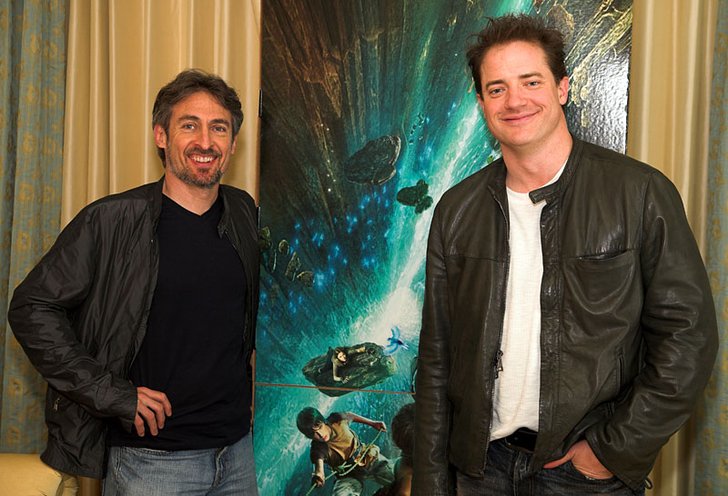 ERIC BREVIG TO DIRECT THE LEGEND OF WILLIAM TELL: 3D

New Original Screenplay by Chad and Evan Law
Gary Hamilton’s Arclight Films Handles Sales
Toronto, ON, Canada – September 7, 2011 – Producer Todd Moyer has announced that Eric  Brevig will direct Brendan Fraser in the historical family action adventure WILLIAM TELL: 3D, to be shot in spring 2011 in Romania.  Brevig, who replaces Nick Hurran at the helm of the film, also directed JOURNEY TO THE CENTER OF THE EARTH and YOGI BEAR; both pictures grossed over $US100 million each domestically and over half a billion worldwide theatrically. Brevig is also known as a visual effect supervisor, who won a special achievement Academy Award® in Special Effects for TOTALL RECALL was nominated for PEARL HARBOR and HOOK.  Other VFX credits include MEN IN BLACK, THE ISLAND and THE DAY AFTER TOMORROW.
Moyer says, “We’re delighted to reunite Eric Brevig with Brendan Fraser; family action adventure is exactly what Brendan and Eric do best. Eric’s skills and experience will make this film compete with any studio film.”  Owing to the change in director, brand-new, original script by Chad and Evan Law (SIX BULLETS; THE HERO; THE HIT LIST), advancing winter weather in Eastern Europe and pre-production time, Moyer expects principal photography to begin in mid-March 2012 Castel Studios in Romania and on location in Switzerland.  The budget’s been upped to an estimated $27 million sourced from a Chicago hedge fund.  Gary Hamilton’s Arclight Pictures will handle international distribution of the film at Toronto.
William Tell is a legend in North America for shooting an apple from the top of his son’s head with a bow and arrow (it was really a crossbow).  What Americans don’t know is that he’s a revered historical figure in Europe.  In the legend, Tell just can’t leave well enough alone.  The local potentate of the Hapsburg monarch, Hermann Gessler forces Tell to shoot the apple because he refused to bow before Gessler’s hat, erected in a town square.  Tell succeeds in cleanly (and safely) cleaving the fruit and wins his and his son’s freedom.
But Gessler asks Tell why he had two arrows is his quiver, and Tell replies he was going to shoot Gessler with the second if he’d missed.  Tell’s defiance of Gessler ignited an uprising against the Austrian government which led to the formation of Switzerland.
A veteran of dozens of films and one of America’s most charming leading men, Brendan Fraser’s best known for playing amiable archaeologist Rick O’Connell in the three blockbuster MUMMY films for Universal; he’s also starred in EXTRAORDINARY MEASURES, GODS AND MONSTERS, CRASH and SCHOOL TIES. Fraser’s shot a number of new films in recent months, including the “fish heist” comedy WHOLE LOTTA SOLE, GIMME SHELTER, and the animated ESCAPE FROM PLANET EARTH.  Fraser’s repped by CAA, Joanne Colonna with Brillstein Entertainment Partners and attorney Patti Felker.
Read Complete Article
Filed Under: Film Headlines Tagged With: 3d, brendan, brevig, direct, eric, fraser, ...
Page 1 of 1