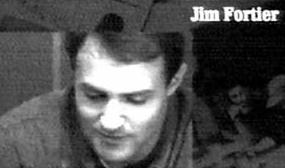 Jim Fortier is the Co-Creator/Writer for Adult Swim’s “Squidbillies”.  Along with Dave Willis they have created one of the most unique shows on television.  With the show entering its sixth season, the series shows now signs of slowing down.  Media Mikes had a chance to chat with Jim about working on the show and what to expect from this season.

Mike Gencarelli: How do you feel that the sixth season of “Squidbillies” differs production wise from the previous seasons?
Jim Fortier: I don’t know that the production really differs from the previous seasons. Our team is just better at making the show now. We are very happy with this season. We think that the episodes are as good as any and probably are strongest batch yet. Dave and I still primarily write the episodes with the help of Chris Kelly who submits scripts to us. We are a well oiled machine.

MG: What is the turnaround for an episode from conception to completion?
JF: Usually we can write an episode in a couple days. Recording takes another couple days and then we give in to an editor in the building for about 8 weeks where they will do the audio and the rough animation cut. From there our animation studio Radical Access will get another 6-8 weeks usually. So it takes around 5-8 months per episode. We generally will record an episode every couple weeks so at any given time we could have all 10 episodes in various stages of production.

MG: What is the most difficult task about working on the show?
JF: The most difficult thing about the show is also my favorite which is getting to do all the different things Dave and I do related to the show. We both have a big hand in each step of the shows process. It can be very demanding as we generally are working on 10 shows at a time.

MG: How do you go about developing the over the top/offensive content for “Squidbillies”?
JF: I look at as redneck squids saying what they say. They aren’t speaking for us. A lot of times we have to defend the content of the show. It’s not always a bad thing to have to explain what you are doing. I can’t speak for Dave but maybe he really is thinking those things? I doubt it though [laughs]. Early really is a buffoon and we like to use him as the brunt of all the jokes. Hopefully everyone gets the characters overzealous humor.

MG: With Unknown Hinson’s musical background why haven’t there been more episodes featuring Early  singing?
JF: He has done two episodes that I can think of where he has gotten to sing. We have actually asked Unknown to do a cover version of the theme song.  I think he is going to do it but he has just been tied up getting ready to release a new album on Halloween. Unknown is a very hands on guy.

MG: Can you envision doing a “Squidbillies” movie?
JF: I can imagine me being interested in doing that. I can also imagine being told that it will never happen from the network.  I think we could give it a stab and it would be fun to do but I just don’t think there has been a call for it. However if a million rabid fans signed a petition and included 1 dollar we would start production tomorrow. Hint…Hint!!