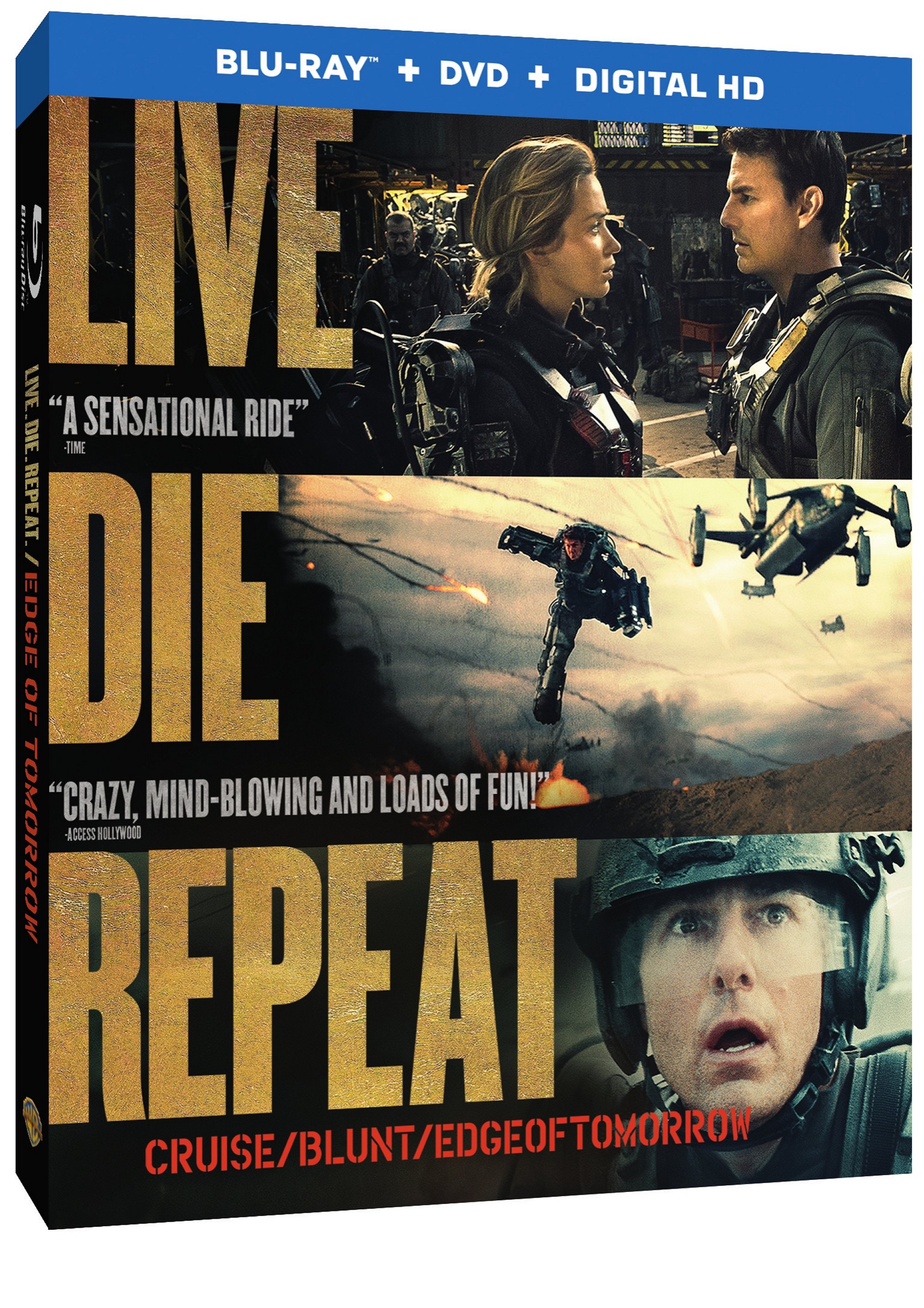 Blu-ray and Digital HD include Over 90 minutes of adrenaline-pumping special features!

Warner Bros. Pictures’ and Village Roadshow Pictures’ sci-fi thriller “Edge of Tomorrow” was directed by Liman from a screenplay by Christopher McQuarrie and Jez Butterworth & John-Henry Butterworth, and based on the novel entitled “All You Need is Kill” by Hiroshi Sakurazaka. “Edge of Tomorrow” is the first motion picture to be shot at Warner Bros. Studios Leavesden.

The epic action of “Edge of Tomorrow” unfolds in a near future in which an alien race has hit the Earth in an unrelenting assault, unbeatable by any military unit in the world.  Major William Cage (Cruise) is an officer who has never seen a day of combat when he is unceremoniously dropped into what amounts to a suicide mission. Killed within minutes, Cage now finds himself inexplicably thrown into a time loop—forcing him to live out the same brutal combat over and over, fighting and dying again…and again. But with each battle, Cage becomes able to engage the adversaries with increasing skill, alongside Special Forces warrior Rita Vrataski (Blunt). And, as Cage and Rita take the fight to the aliens, each repeated encounter gets them one step closer to defeating the enemy. 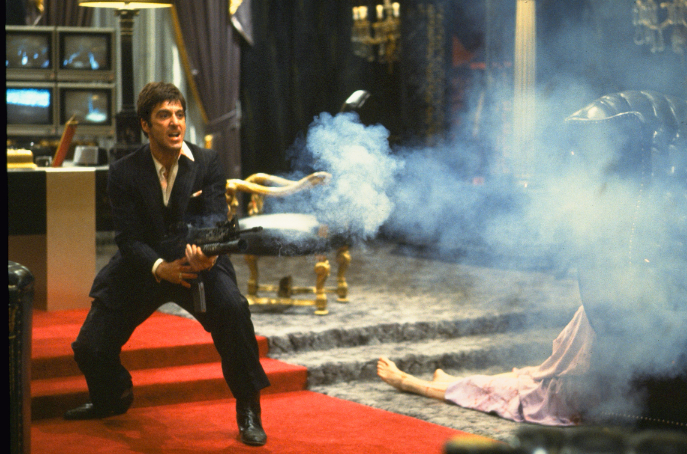 SCARFACE EXPLODES BACK INTO MOVIE THEATERS LIKE NEVER BEFORE TO “SAY HELLO TO MY LITTLE FRIEND!” IN A ONE-NIGHT SPECIAL EVENT
* * * * *
Presented by NCM Fathom and Universal Studios Home Entertainment in More Than 475 Select Movie Theaters Nationwide on August 31

Centennial, Colo. – August 1, 2011 – Blasting onto the silver screen with the intensity of its original release nearly 30 years ago, the pop culture phenomenon Scarface, starring Al Pacino and directed by Brian De Palma, returns to movie theaters in a one-night Fathom event on Wednesday, August 31 at 7:30 p.m. local time. Presented by NCM Fathom and Universal Studios Home Entertainment, audiences nationwide will get the opportunity to experience one of the most influential gangster classics ever made like never before — with all-new restored high-definition picture and enhanced audio. Fans who attend this special event will also get an exclusive look at a 20-minute special feature that showcases interviews with popular filmmakers and talent expressing how this epic feature redefined the gangster genre, leaving an enduring influence on cinema.

Tickets for the Scarface Special Event are available at participating theater box offices and online at www.FathomEvents.com. For a complete list of theater locations and prices, visit the NCM Fathom website (theaters and participants are subject to change). The Scarface Special Event will appear in more than 475 select movie theaters across the country via the new digital cinema projection systems.

“Almost 30 years after its initial release, Scarface remains iconic and stirs passionate responses from audiences around the world,” said Dan Diamond, vice president of NCM Fathom. “Now, fans can experience Scarface like never before in theaters with spectacularly updated visual and sound quality, and never-before-seen elements in an historic, one-night event.”

Scarface is a 1983 American crime drama and masterful collaboration between acclaimed director Brian De Palma and Academy Award®-winning screenwriter Oliver Stone. Produced by Martin Bregman, Academy Award® winner Al Pacino stars as Tony Montana, a Cuban immigrant who finds wealth, power and passion beyond his wildest dreams…at a price he never imagined. Scarface was nominated for three Golden Globe® Awards (including Best Actor, Best Supporting Actor and Best Original Score), and was named one of the Top 10 Gangster Films of All Time by the American Film Institute.

This one-night, in-theater event celebrates the first-ever Blu-rayTM release of Scarface on September 6 from Universal Studios Home Entertainment. Fans of Scarface will enjoy the restored high-definition picture and 7.1 audio plus see exclusive new bonus content that reveals the film’s iconic legacy as one of the greatest crime sagas of all time. For a limited time only, the Scarface Special Limited Edition Blu-rayTM comes with collectible SteelBookTM packaging, 10 exclusive art cards, a digital copy of the film and a DVD of the original 1932 Scarface, making it a must-own addition to every film fan’s library. And, for the ultimate collector and cigar enthusiast, an elegantly hand-crafted Scarface-themed humidor will also be made available in an exclusive, never-before-available, limited edition.