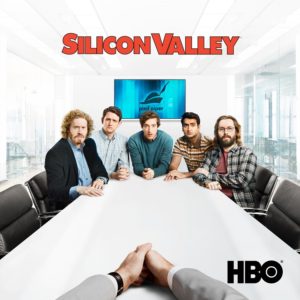 Silicon Valley – a land of big ideas and bigger egos.

To celebrate the Digital HD release of SILICON VALLEY: THE COMPLETE THIRD SEASON”, Media Mikes would like to give our fans a chance to win a Digital HD code for the season. If you want to win this great prize, please leave a comment below with your favorite character from the show. This giveaway will remain open until August 20th at Noon, Eastern Time. This is open to our readers in US only. One entry per person, per household. All other entries will be considered invalid. Media Mikes will randomly select winners. Winners will be alerted via email.

Catch up on July 25, 2016 when Silicon Valley: The Complete Third Season debuts on Digital HD on (season pass currently available). After last season’s shocking ending, which found Pied Piper celebrating legal victory just as Richard (Thomas Middleditch) was ousted as CEO, Season 3 picks up where we left off, with Richard offered the diminished role of CTO and the rest of his team – Erlich (T.J. Miller), Jared (Zach Woods), Dinesh (Kumail Nanjiani) and Gilfoyle (Martin Starr) – facing the question of just how far their loyalty extends. With a new no-nonsense CEO hell-bent on transforming everything from Pied Piper’s offices to its business agenda, the guys must find a way to triumph in the war of Art vs. Commerce, maneuvering the many competing interests along the way. Meanwhile, as Gavin Belson (Matt Ross) works to rehabilitate Hooli’s image following his blunders, Big Head (Josh Brener) finds himself in a new partnership, while at Raviga, Laurie (Suzanne Cryer) holds her cards close to the vest, as Monica (Amanda Crew) tries to look out for Pied Piper’s best interests. With its patented brand of silly and satirical humor, this season of Silicon Valley continues to probe the ripe-for-comedy world of tech, as our heroes grow bolder, if not always wiser.

You shouldn’t miss the series that has been hailed as “Triumphantly funny… jokes hit with blade-like precision” (The Hollywood Reporter) and “…nails both palpable tension and biting humor” (Entertainment Weekly). The full season download of Silicon Valley: The Complete Third Season on Digital HD at iTunes, Google, Vudu and Sony comes with a series recap, the trailer and Deleted Scenes.