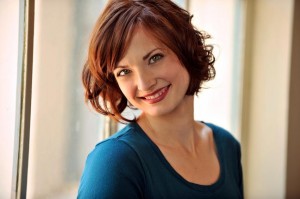 Nationally recognized actor and vocalist Gia Mora (a four-time Helen Hayes Award nominee) is starring in her new solo show, “Einstein’s Girl”, at Gardenia Resturant and Lounge in Hollywood. The show thrills and edifies sweethearts and singletons alike, combining original music, standards, stand-up comedy and a crash course in theoretical physics. Media Mikes had a chance to chat with Gia about the show and her craft.

Mike Gencarelli: Tell us how you came about doing a one-woman show “Einstein’s Girl”?
Gia Mora: I’ve always been drawn to the intersection of art and science, a sort of traditional liberal arts curriculum. In 2012 I read Lawrence Krauss’ A UNIVERSE FROM NOTHING, and I was struck by the similarities between the likelihood that universe would be born and the likelihood that two people would fall in love. The metaphor kept coming back to me, and as I started reading more theoretical physics, I noticed even more similarities. So I started writing. The music just sort of fell into place.

MG: Tell us about about your character and what you enjoy most about her?
GM: I play a fictionalized version of myself, but everything I say on stage is something that has actually happened, even if the timeline of my life doesn’t exactly match up with my stage persona. It’s sort of like how George Costanza would always come up with a great retort after the fact. Getting to do this show allows me a chance to say what I wish I could have said in the moment.

MG: What do you enjoy most about getting up on stage?
GM: John Lennon wrote, “When I cannot speak my mind I can only sing my heart,” and that’s certainly true for me. Singing is easier than speaking for me, so when I’m performing, I feel like I can finally express everything that’s inside of me.

MG: What are your biggest fear performing a one-woman show?
GM: I am lucky enough to have some serious science minds attending this performance. I’ve been meticulous in my research, but I’m afraid I’ve misunderstood some of the physics and that I’ll say something wrong. I fully expect helpful notes/re-actions from the experts to arrive before I get home.

MG: What are you doing when you are not singing or dancing?
GM: I’m usually cutting up with my sister while preparing vegetarian culinary delights. I tried my hand at chana masala last week to no avail, so if anyone has suggestions, I’m all ears.

MG: If I were to take your iPod, what would I find on it right now?
GM: Who has an iPod anymore? Seriously though, I’m an eclectic listener, so right now I’ve got Linda Ronstadt, Amy Lavere, George Gershwin, Mozart’s Requiem, and Ramsey Lewis shuffling on my phone.