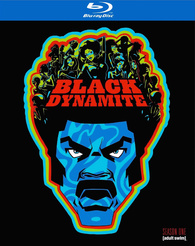 “Black Dynamite” is an animated series based on the 2009’s cult classic feature film. Made with the direction of Carl Jones (“The Boondocks”), the series features the voice talent of Michael Jai White (“The Dark Knight”), Tommy Davidson (“In Living Color”), Kym Whitley (“The Cleveland Show”) and Byron Minns (“Mongo Wrestling Alliance”), all who were all in the film. I was excited about this show being a fan of the movie but it gets old very fast. By episode three, the fad of this being funny is long gone. This show hasn’t aired since September 2012 and yet Adult Swim supposedly has renewed it for a second season it air sometime in 2014, but it is already nearly July so not sure what is going on, nor do I really care to be honest. Put it this way if you like “The Boondocks”, which I do not, then you will love this show.

Official Premise: The series’ titular character Black Dynamite (Michael Jai White) is a 1970s renaissance man with a kung-fu grip. He is a lover and a fighter who is not afraid to leap before he looks. His sidekick extraordinaire is Bullhorn, the brains and cunning that complements Black Dynamite’s hard-hittin’, bone-crushin’ style. Providing comic relief on the mean streets is Cream Corn (Tommy Davidson) and classing up the place is the gorgeous Honey Bee (Kym Whitley).

What I do have to give to this show is a star for a it’s great episode titles: 1. “Just Beat It or Jackson Five Across Yo’ Eyes”; 2. “Bullhorn Nights or Murder She Throats (a.k.a Mandingo’s Got a Pink Toe)”; 3. “Taxes and Death or Get Him to the Sunset Strip!”; 4. “A Crisis at Christmas or The Dark Side of the Dark Side of the Moon”; 5. “Panic on the Player’s Ball Express or That’s Influenza Sucka!”; 6. “The $#*! That Killed The King or Weekend At Presley’s”; 7. “Apocalypse, This! or For the Pity of Fools (AKA Flashbacks Are Forever)”; 8. “Honky Kong or White Apes Can’t Hump”; 9. “The Race War or Big Black Cannon, Balls Run!”; “10. Seed of Kurtis AKA Father Is Just Another Word For Motherf#@ker”

Warner Bros is delivered this release as a combo pack with a Blu-ray + UltraViolet digital copy. The 1080p transfer works with the animation and looks good. But The Cartoon Network/Adult Swim Blu-ray’s always fall short in the audio department. This season only comes with a Dolby Digtal 5.1 track, which is a DVD track not a Blu-ray track. So that is a bit of a let down. In terms of special features, there is some decent content. There is a behind-the-scenes look into this show with “The Making of Black Dynamite”. There are also video commentaries with the cast and crew on selected episodes, which made watching them a little easier but not much. Lastly also included is the pilot episode for “Black Dynamite”. 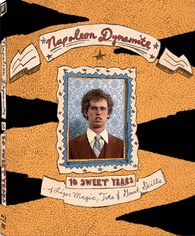 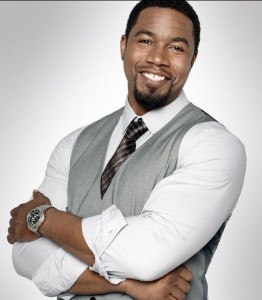 Mike Gencarelli: Can you reflect on the cult following that “Black Dynamite” has developed over the years?
Michael Jai White: My intentions were originally to open it larger. It eventually got the attention it deserved. The audience started to find it and their worth of mouth has been very valuable. It is tweeted about every few minutes since 2009. It has been a miraculous type of thing. We even won a bunch of film festivals in other countries, which has proven it is universal. I am very happy about its success and what what we are going to do to follow it up.

MG: What made you take the animation route for “Black Dynamite”?
MJW: It was an opportunity that presented itself. I was a fan of “The Boondocks” and friend of Carl Jones. He thought it will make a great animated show and I agreed. We are still open to do another live action version of the film as well. The original plan was to do three films in that blaxploitation genre, the first being “Black Dynamite”. With our second film, must like Monty Python you can use the same cast in different movies. We are planning that right now.

MG: How was it reunited with original cast like Tommy Davidson, Byron Minns, and Kym Whitley?
MJW: Most of the time we would come in separately. Whenever we come together, we have too much fun [laughs]. It was a purposeful idea that we do it separately so everyone can concentrate.

MG: Do you feel that you are able to expand the show more since it is animated?
MJW: Oh yeah absolutely! Cause you can do things like Black Dynamite goes to the moon. That would be very difficult if you were shooting in live-action. Your imagination can run wild on an animated show and that is exactly what we did.

MG: Did you get to work closely with Titmouse, Inc on the show’s style?
MJW: The animation style was in the hands of Carl Jones. He is the master and knows what he is doing. I had to humble myself to be able to understand and learn a whole new genre. Carl has worked tirelessly in order to make this show unique and he has done that.

MG: Continuing with your TV work, what do you enjoy most about reprising your role of Marcus Williams in “Tyler Perry’s For Better or Worse”?
MJW: Yeah, it just started its second season on Thursday July 12th. It is a more family wholesome show and then on July 15th we have “Black Dynamite”, which is definitely not [laughs]. What I enjoy most is I get to play a real human being. I enjoy my other work as well, like “Spawn” but they are bigger than life. This one is right on life. Being a husband and father, I get to play a lot of other nuances I wouldn’t ever get to play in these fantastic movies. We are dealing with actually issues, family issues. Things that are really funny and can hopefully connect with the audience.

MG: Any update on Kevin Tancharoen’s feature version of the web series “Mortal Kombat: Legacy”?
MJW: Absolutely, that is currently in the works. It is going to be with Warner Brothers. If you have seen any of Kevin’s work, this guy is just super amazing. He is is tirelesly working on that script, nipping and tucking to make sure it is perfect. I have all my faith in Kevin. He is going to be one of the best directors ever. Be sure to watch for him. Once that script is done, we are planning to go into production.

MG: After “Never Back Down 2” last year, any plans to direct more for you?
MJW: Yes I do. I plan on directing a romantic comedy, one that I have had the rights to for a while. I would also like to direct more action movies down the line as well, it depends on what speaks to me and where I might have a unique voice in directing.