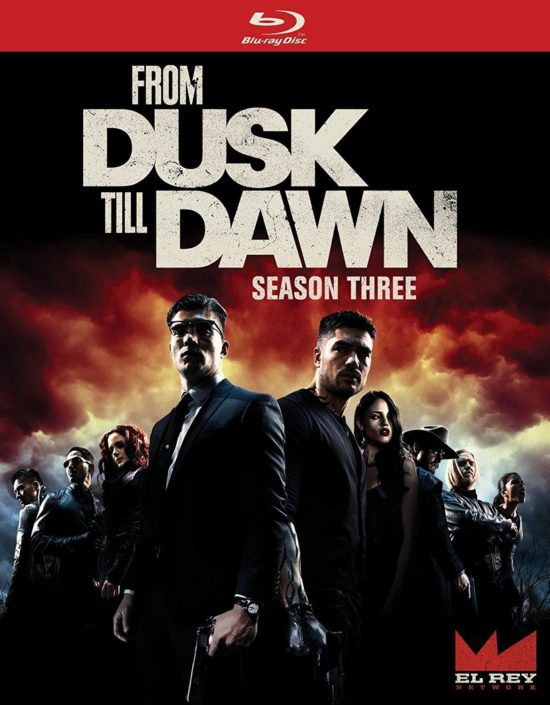 Media Mikes would like to give three of our fans a chance to win a “From Dusk Till Dawn The Series: Season 3” on Blu-ray. If you want to win this great prize, please leave a comment your favorite character from this series. This giveaway will remain open until February 10th at Noon, Eastern Time. This is open to our readers in US only. One entry per person, per household. All other entries will be considered invalid. Media Mikes will randomly select winners. Winners will be alerted via email.

If you can’t wait to own this, click here to purchase a Blu-ray!

Season three of “From Dusk Till Dawn: The Series” continues the Gecko brothers’ saga as they fight their way through the chilling world of culebras, the vampire-snake hybrids that control hidden empires in Texas and Mexico. Once the baddest outlaws in the land, Seth and Richie made a run for the Border two years ago to save their lives – and their fortune. After stumbling into a bar full of bloodsuckers and bandits, the Geckos encountered the vampire goddess Santánico, joining her cause to settle an old score. It won them a place in the culebra world. Now that world is on the verge of violent and destructive explosion as new enemies hell-bent on domination gather to take them down. In typical Gecko fashion, Seth and Richie assemble an unlikely crew (some new, some old) to take on the forces of hell. 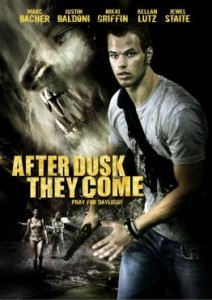 I understanding marketing but it never seems to aggrevate me. This film is put up to be the Kellan Lutz show, but he has very few scenes and lacks a major role in the film. He is still front and center on the box. The box tagline also states “As twilight sets an epic battle begins”. Now this has zero to do with vampires and the creatures also hunt in broad daylight, so I am clueless. This film should be put up as the Jewel Statite show (who I love BTW), she is the whole film and the main star but gets snubbed. The creatures are ok but end up looking more like hairy men in dreadlocks. The second half of the film is the better half and feels like “The Descent” in the jungle.

Official Premise: A group of friends set out on a luxury yacht for a gorgeous island vacation. But they soon realize that they have veered off-course to a strange uncharted island. After a horrific boat crash shipwrecks them in the dense jungle, it quickly becomes evident that they are not the first to arrive to their new island prison. Instead, an unknown, cannibalistic beast stalks the group from the shadows, picking them off one-by-one.

The sound on the DVD is quite decent packing a nice 5.1 Dolby Digital audio track. The special features are let down as well. There is a making of featurette included, running just over 10 minutes. It is decent but too short. There is also a photo gallery and trailer thrown in. I think if this film just delivered itself for what it was it would delivered for me a much better viewing experience. I guess that is why this has sat on the shelf since it was made in 2009. Horror fans and fans of Staite, this is not the best horror title of the year but she is always a pleasure to watch. Overall, this will appeal only to confused “Twilight” fans looking to get see Kellan Lutz.

“From Dusk Till Dawn” is such a great film and kick started the careers of Robert Rodriguez and George Clooney. It is such a unique and fun film. It’s two sequels, also included in this release, are good but don’t reach the same level of kick-ass. Don’t forgot the feature-length and well-respected documentary “Full-Tilt Boogie” which is also included here. These are conveniently included all on one release thanks to Echo Bridge. Now with that said, this isn’t the best presentation of the films ever but it is in high-def and for the low-price it is definitely worth the purchase. Horror fans should not miss this release!

“From Dusk Till Dawn” follows the Gecko brothers (George Clooney and Quentin Tarantino) as they head south to a seedy Mexican bar to hide out in safety. Of course it isn’t just your typical strip joint and has to fight for their lives to survive from the creatures it inhabits. “Full-Tilt Boogie” is a full length documentary which goes behind the scenes of on the production of the first “From Dusk Till Dawn”. “From Dusk Till Dawn 2: Blood Money” features a gang of misfits who head to Mexico for the perfect heist. But when they cross the wrong vampire, they get involved with a lot more than they can handle. “From Dusk Till Dawn 3: The Hangman’s Daughter” follows Johnny Madrid, who is on the run from the hangman along with the hangman’s daughter Esmeralda by his side. They embark on an adventure that leads them straight into the fight of their lives.