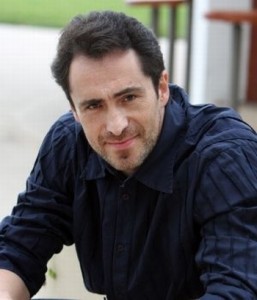 Mexican Actor Up For Best Male Lead In “A Better Life”

LOS ANGELES, CA –   Mexican Actor Demián Bichir has been nominated for Best Male Lead for his role in “A Better Life” at the 2012 Film Independent Spirit Awards. This is the first nomination for a Spirit Award for the actor.

“A Better Life”,  from Oscar nominated director Chris Weitz (“About a Boy”), tells the story of an undocumented immigrant and hardworking single dad Carlos Galindo (Demián Bichir), who embarks on a physical and spiritual journey in order to reconnect with his teenage son and keep him from getting pulled into the local gang life.  “A Better Life” is a touching, poignant, multi-generational story that critics call “compelling”, “intelligent” and “heartfelt”.

The film was written by Eric Eason based on a story by Roger L. Simon.  Set in a Hispanic community and shot entirely in Los Angeles, the film features an almost entirely Hispanic cast and explores the culture and geography of Los Angeles.  “I feel honored to be a part of this movie, and to be nominated for this award. I am in debt to Chris Weitz, for having trusted me with this amazing character.  Nothing that is on the screen could have been done without Chris’s direction”, stated Demián Bichir.

Chris Weitz, also known for directing “Twilight: New Moon”, and “American Pie”, stated “Demián gave his heart and soul to give a voice to the voiceless, and I am delighted that the independent film community is recognizing his performance for this film.”

Winners will be announced at the Film Independent Spirit Awards on Saturday, February 25, 2012.  The 27th annual awards ceremony will be held as a daytime luncheon in a tent on the beach in Santa Monica, and the premiere broadcast will air later that evening at 10:00 p.m. ET/PT on IMedia.