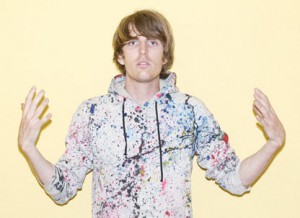 Dallas Clayton is a children’s book author of “An Awesome Book” series, as well as his new book “Make Magic! Do Good!”. He is also being called the new Dr. Seuss. Media Mikes had a chance to chat with Dallas about his work and what we can expect next.

Mike Gencarelli: What is it about being a children’s author that drives you?
Dallas Clayton: I like being able to share ideas with people who are open, welcoming and in many ways innocent. Also I like having maximum fun at all times.

MG: How does it feel to be considered the new Dr. Seuss?
DC: Flattering. A bit overwhelming at points, but ultimately exciting. I mean, really that’s something I’m never going to be, that dude was a massive force not unlike the Beatles or Jordan. I can only hope to be the best version of myself.

MG: Tell us where you got inspiration for latest book “Make Magic! Do Good!”?
DC:  Make Magic! is just about sharing small simple inspirational silly poems with kids and adults. It’s a real mixed bag of fun thoughts that swirl up in my head coupled with colorful drawings that maybe in some small way can make people’s days a bit brighter.

MG: How does “Make Magic! Do Good!” differ from “An Awesome Book” series?
DC:  Make Magic! is a collection of poems, 50 poems whereas the books in the Awesome Book series are just linear books. One poem vs. 50 poems. When you think of it that way, it’s a steal really!

MG: Tell us what we can expect from upcoming “Awesome Book of Love!”?
DC: Mega radness? I dunno, it’s a book about the idea of love. The concept of what it means to be in love. Ultimately my love poem to the world.

MG: What else do you have in the cards upcoming?
DC: Two books over the next two months, plus three books next year, touring, working on a ton of film and TV stuff, just making as much as possible and trying to hug everyone everywhere. 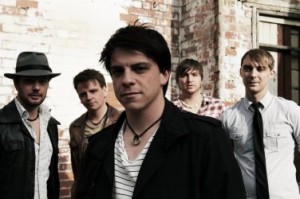 Rob Clayton is the bass player for the British band The Dunwells. The band is set to release their debut album titled “Blind Sighted Faith” in February which will be followed by a U.S. tour. Media Mikes had a chance to talk with Rob about the album and the bands upcoming return to the states.

Adam Lawton: Can you tell us about the band’s new album?
Rob Clayton: The album comes out in the U.S. on February 14th. We are all really excited for people to hear it. The album is full of feel good songs. The album’s first single “I Could Be King” is just a really great song and the whole album I think will make people happy. I think the album will give people the sense that they can do anything. That was something we were really going for.

AL: Can you tell us about the video for “I Could Be King”?
RC: There are actually two different videos for the song. One video is a montage and it really shows that no matter who you are or what you do you can achieve anything. That is the main message of the song. The other video was of us playing in Willie Nelson’s studio which is where we recorded the album. It’s nice because we are very proud of the album and the video shows where we recorded it.

AL: What are you most looking forward to with your first full U.S. tour?
RC: We are starting at the Folk Alliance Conference which is held in Memphis. This is actually the same place we played last year and was where we were discovered. We play there on February 23rd so it’s really great that we can kick off our first tour there.

AL: I heard that you have quite an impressive DVD collection. If you could only chose one DVD to take on tour with you what would it be and why?
RC: (Laughs) I do like to collect DVD’s. My favorite movie of all time is “Jacob’s Ladder” with Tim Robbins. I think that is such a brilliant film. However if I had to pick one I think it would be “The Shawshank Redemption”. That film is such a feel good film.

AL: What other plans does the band have for this year?
RC: We come to the states on February 22nd and the tour starts the 23rd. From there we fly out to Los Angeles and pick up our tour bus. We then will be driving across the country towards New York and then on towards Texas for the South by South West Festival. After that we may go right on to another tour here in the states. We also will be doing a European tour as well. We plan on working hard and helping to get our music out there. We love playing as much as we can