In the second season of Tom Clancy’s Jack Ryan, after tracking a potentially suspicious shipment of illegal arms in the Venezuelan jungle, CIA Officer Jack Ryan, portrayed by Krasinski, heads down to South America to investigate. As Jack’s investigation threatens to uncover a far-reaching conspiracy, the President of Venezuela launches a counter-attack that hits home for Jack, leading him and his fellow operatives on a global mission spanning the United States, UK, Russia, and Venezuela to unravel the President’s nefarious plot and bring stability to a country on the brink of chaos.

Tom Clancy’s Jack Ryan Season Two, is a co-production of Amazon Studios and Paramount Television and produced by Skydance Television, will premiere exclusively on Prime Video.

In addition to Krasinski, the second season of the dramatic series also stars  Wendell Pierce (The Wire) as James Greer, Noomi Rapace (Prometheus) as Harriet ‘Harry’ Baumann and Michael Kelly (House of Cards) as Mike November. 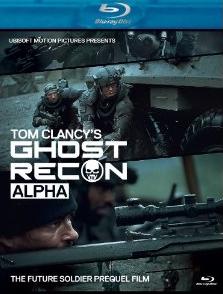 A live-action “Tom Clancy’s Ghost Recon” film…where do I sign up. This film is a sharp and fantastic attempt to showcase the charm of this series. The only bad thing about short film is that it is a ‘short film’, I would have loved to seen this go feature length. This film will be put out to time with the release of Ubisoft’s “Tom Clancy’s Ghost Recon Future Soldier” video game for Xbox 360 and Sony PlayStation 3. The film is produced by Little Minx aka Ridley Scott, so you know that you are not getting some cheesy low-budget action. This film contains some great action and impressive CGI. New Video also released last year the brilliant “Assassin’s Creed: Lineage”, live-action prequel as well. What’s next guys? We want more!!??

If you are aware of the “Tom Clancy’s Ghost Recon” franchise, you will know that the ghosts are the world’s most highly trained and lethal soldiers. This film is a specifically a prequel to the new video game “Tom Clancy’s Ghost Recon Future Soldier”. It focuses on what happens when the Ghosts are dropped behind behind lines in hopes to eliminate one of the world’s biggest terrorists. This film also boasts the amazing cinematography from Trent Opaloch, known best for his work on “District 9”.

This release not only comes with a Blu-ray disc but also a DVD disc as well. The video looks great in its high-def 1080p transfer. The audio is also very impressive and packed with a fantastic score. There are only two special features but they are very impressive and worth the purchase of this film alone. There is 30 minute making-of featurette, which is longer than the film itself and really dives into all aspects including the special effects, the production and even the score. Lastly there is the 2010 Comic-Con teaser included. If you are fan of the series, this is a must purchase.