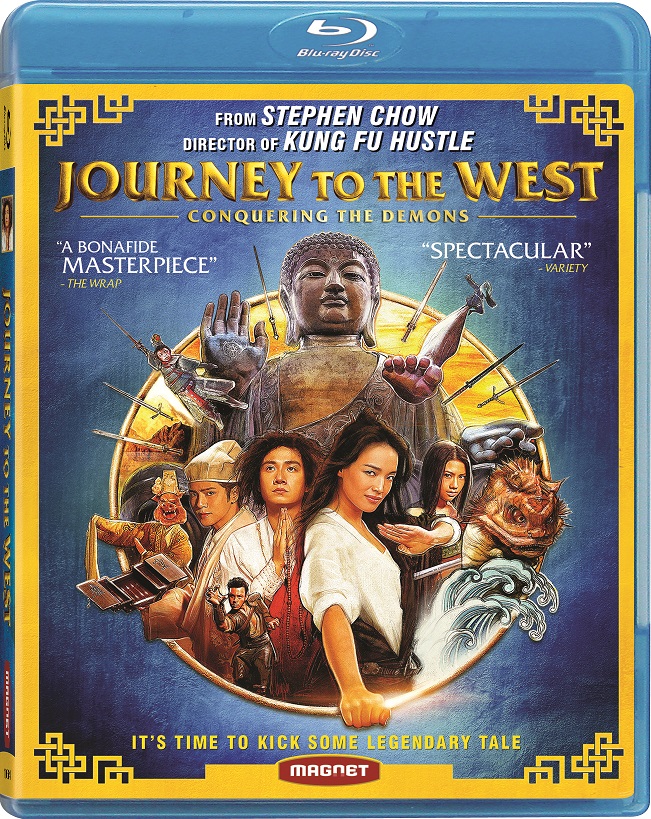 You a fan of “Shaolin Soccer” or “Kung Fu Hustle”, well if so then you are in luck because the guy behind that movie Stephen Chow has a new film called “Journey to the West”. To celebrate the release on Blu-ray, Media Mikes is excited to giveaway one (1) Blu-ray of the film to our readers. If you would like to enter for your chance to win one of this prize, please leave us a comment below or send us an email with your favorite film martial arts film. This giveaway will remain open until May 30th at Noon, Eastern Time. This is open to our readers in US and Canada only. One entry per person, per household. All other entries will be considered invalid. Media Mikes will randomly select winners. Winners will be alerted via email.

In a world plagued by demons who cause great human suffering, young demon hunter Xuan Zang risks his all to conquer a water demon, a pig demon and the demon of all demons, Sun Wukong. Adhering to his firm belief in giving of one’s self for the greater cause, he embraces the demons as his disciples. However, in order to atone for their own sins and save the common people, the four of them must embark on a journey to the West that’s full of challenges.