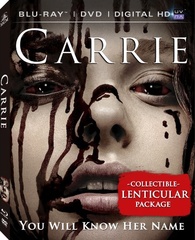 Let’s just say that when I saw that “Carrie” was being remade again, I couldn’t be any less interested. This is the fourth (and hopefully last) rendition of Stephen King’s 1974 novel. The first go around was, of course, in 1976 (and still the best). The terrible sequel “The Rage: Carrie 2” came in 1999 and the even worse TV Movie remake came in 2002. I really wanted to go into this with an open mind but just couldn’t do it.

This latest remake is absolutely unnecessary and just plain terrible. Chloë Grace Moretz and Julianne Moore are fine in the their respective roles. Moore, I think forgets this is a “horror film” and tries to go for the Oscar nomination. The film also relies way too much on CGI in the last 30 minutes, which is quite sad because it is such a cop out and to be honest doesn’t have the gore edge like the ’76 film despite being R-rated. What we have here is a sad remake of “Carrie” for today’s MTV generation.

Official Premise: “Carrie” is a re-imagining of the classic horror tale about Carrie White (Chloë Moretz), a shy girl outcast by her peers and sheltered by her deeply religious mother (Julianne Moore), who unleashes telekinetic terror on her small town after being pushed too far at her senior prom.

The film came in a combo pack with Blu-ray + DVD + Ultraviolet Digital Copy. It also comes in a neat Collectible Lenticular package. The 1080p transfer is clean and showcases well all the film’s terrible CGI effects. The DTS-HD Master Audio 5.1 works well with the prom scene action but too bad had no edge and lack of terror in it.

The special features are better than the film but not amazing. There is an equally bad alternate ending and some Deleted/Extended Scenes with commentary by Director Kimberly Peirce. There is also a feature commentary track by Director Kimberly Peirce. There is a featurette “Bringing Back Carrie”, which takes us behind the scenes. “The Power of Telekinesis” looks into Carrie’s abilities. There is the “Telekinetic Coffee Shop Surprise”, which was an online viral joke video. Lastly there is a theatrical trailer included. 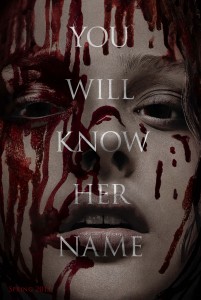 November 3, 1976. A date I remember for one reason. This was my first night working as a movie theatre usher at the Twin Bays 4 in Tampa. It was also opening night for a new film called “Carrie.” The date sticks in my head because, at the end of the first evening show, during the “shock” ending, a woman in an aisle seat had a heart attack and fell out of her chair into the aisle. At least we all thought it was a heart attack. She left via ambulance and was apparently ok but still….. Almost four decades later director Kimberly Peirce and company have conspired to destroy a great memory of mine with their unnecessary and not welcome remake of “Carrie.”

We meet Margaret White (Moore) as she lay in a blood stained bed, cursing the cancer in her body that she thinks is killing her. Apparently Margaret never took health in school because she is soon joined by a beautiful baby girl. Hell bent on killing the newborn Margaret hovers over the child with a pair of scissors. But at the last moment she decides to keep the baby and give her a loving home. Yeah, right.

Now 18 we find the now grown up Carrie White (Moretz) in gym class playing water volleyball. It’s obvious she doesn’t want to participate but she makes the effort. When a ball splashes in front of her she is teased by Chris Hargensen (Portia Doubleday) and some of the other “cool” girls. Afterwards, as she showers alone, she notices blood on her body. Unaware that she is having her monthly period (apparently none of the women in the White family went to health class) she believes she is hurt and begs the other girls for help. In reply they began to throw tampons at her, urging her to “plug it up!” To make matters worse, Chris films the horrific moment on her cell phone. A typical day in the life of Carrie White.

Where to start? I dislike reviewing “remakes” because often the good feelings I have toward the original film seep into my thoughts about the new version. Not the case here. When I left the theatre after this remake it only made me appreciate the original film more. In fact, I wanted to punch everyone involved with the making of this one. In the 1976 version Carrie is a shy, timid girl unaware that she has been granted the power of telekinesis. Here she not only becomes aware of her powers but works hard to hone them. When Sue Snell (Gabriella Wilde) one of the girls who mocked her in gym class, begins to feel bad about her actions she encourages her boyfriend, Tommy Ross (Ansel Elgort) to ask Carrie to the prom instead of her. Tommy is reluctant but eventually agrees. After all, it’s the prom. What could go wrong?

Poorly directed with no sense of pace or, for that matter, atmosphere, “Carrie” is probably one of the worse films I’ve ever seen that has “A” list talent both in front of and behind the camera. Moore plays Margaret White like a just escaped lunatic who spends her free time listening to hymns and cutting herself. How this woman was ever allowed to keep a baby, let alone raise her, is utterly amazing. Moretz is also all over the place. Is she the sad and frightened victim or the cunningly shrewd mastermind of what turns out to be one hell of a prom? We don’t know or at least we’re not sure until the film ends, but I think the term finding busy work applies. Mama White is, of course, not pleased with Carrie’s sassiness, praying that God will come and end her daughter’s “wickedness.” I was doing the same thing praying for the end of the film. Both leads try hard but compared to 1976 stars Sissy Spacek and Piper Laurie, they pale in comparison. Both Spacek and Laurie were Oscar nominated for their work. To tell you who hard an achievement that is for a horror film, it would be another 20 years before Sigourney Weaver was nominated for “Aliens.” With the exception of Elgort, the rest of the teen cast helps bring the film down more. Besides Carrie and Mama, Tommy is the only fleshed out character in the film. I don’t know what movie Doubleday thought she was making but it sure wasn’t a horror film. There is no menace in her performance. There is no emotion whatsoever. She could be reading the phone book. In Stephen King’s novel the story is told through the words of Sue Snell but here Sue is an almost forgotten character.

As for Carrie’s powers, they run the gambit from being able to move books to, I’m guessing, heat vision. She can also make herself fly. And she breaks a lot of mirrors. Director Peirce seems to have a fixation with glass here. Especially showing, in slow motion, an unfortunate actors face making contact with it, be it a door or a windshield. By the end of the film, when a pigs blood drenched Carrie began ambling down the street like she just walked off the set of “Michael Jackson’s Thriller” video, I let out a loud sigh and checked my watch for the tenth time.

Kimberly Peirce guided Hilary Swank to her first Oscar with her directorial debut “Boys Don’t Cry.” Her follow up, “Stop Loss,” was one of my favorite films of 2008. Sadly the third time is not the charm. The film plays like a blood soaked version of “The Breakfast Club.” Or “Sixteen Candles.” Or any other teen angst movie. I expected more from her, as I did the stars. I have faith that all three ladies will bounce back from this debacle. I hope it’s soon.