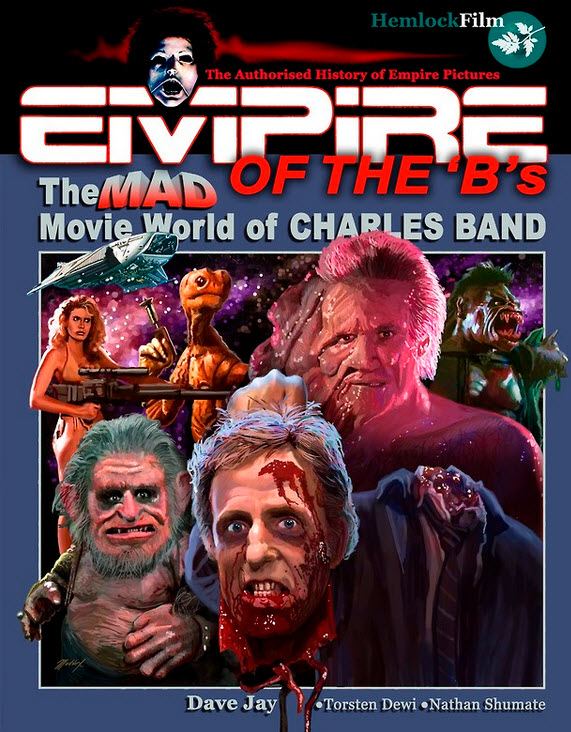 Media Mikes is teaming up with Full Moon to giveaway a copy of “Empire of the B’s: The Mad Movie World of Charles Band” book. This is a must for any true horror fan. If you would like to enter for your chance to win one of these great prizes, please leave us a comment below or send us an email with your favorite Full Moon film. This giveaway will remain open until April 18th at Noon, Eastern Time. This is open to our readers in US and Canada only. One entry per person, per household. All other entries will be considered invalid. Media Mikes will randomly select winners. Winners will be alerted via email.

The ‘Pulse-pounding’ saga of the Charles Band Empire…

Charles Robert Band is one of the last great B-movie survivors–a genuine pioneer who, over four decades, forged such a unique path through the no man’s land of independent genre cinema that many thought him more than capable of seizing legendary producer Roger Corman’s long-held crown as ‘King of the B-movies’. The 1970s through to the late 1980s was the last great ‘golden age’ for the B-movie community, and with a non-stop series of grindhouse classics like Laserblast, Parasite, Re-Animator and Dolls for his own company Empire Pictures, it was the era that saw Charles Band take his rightful place in the indie hall of fame as Emperor of the ‘B’s.

Empire of the ‘B’s written by Dave Jay
377 pages

Click here to purchase of copy of “Empire of the B’s: The Mad Movie World of Charles Band”