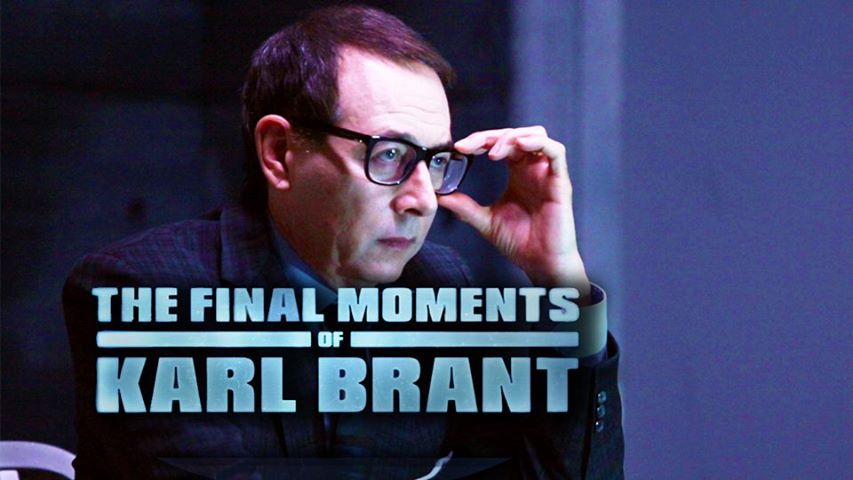 The film is set in a dark future where experimental technology allows two detectives to bring a murder victim back to life in a digital state so that they may question him about his final moments. Brant is based on Wilson’s feature script for Digital State, a complex sci-fi crime drama set in the gothic and stylish world shown in the short film.

“I’m excited about the idea of copying memories into code,” says Wilson. “Imagine for a second that, after your body dies, you can go on living in a digital state. This technology, which is currently on the horizon, will challenge our definitions of life and death. It makes a great basis for a high-tech crime story.”

Scott M. Davids, the producer of The Final Moments of Karl Brant, owns Level 256 VFX which provided editorial, post-production services and designed all of the visual effects in the film. “We developed a way to make the Brant digital character with a Microsoft XBOX Kinect Camera and a Canon 5D,” adds Davids. “The end result is a fully 3D holographic persona shown in the film.”

Producer Neil Ellice continues, “Each member of our team invested their talent and time to help us create something far beyond the scope of our budget. I’m very grateful to Nerdist for supporting us. And there’s more to come!”