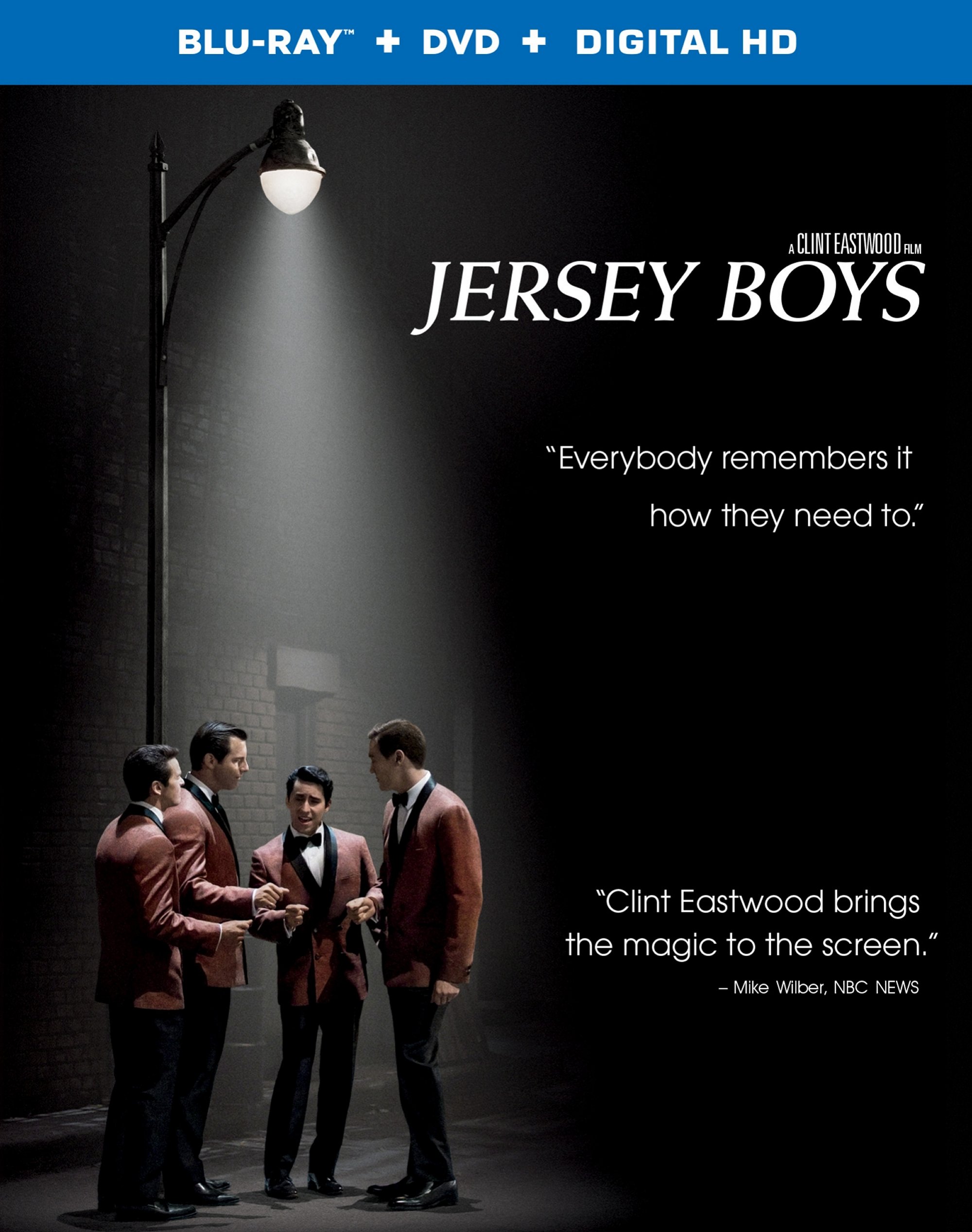 Blu-ray and Digital HD include bonus content featuring interviews with Clint Eastwood and the cast!

“Jersey Boys” tells the story of four young men from the wrong side of the tracks in New Jersey who came together to form the iconic 1960s rock group The Four Seasons. The story of their trials and triumphs are accompanied by the songs that influenced a generation, including “Sherry,” “Big Girls Don’t Cry,” “Walk Like a Man,” “Dawn,” “Rag Doll,” “Bye Bye Baby,” “Who Loves You,” and many more.

These classic hits are now being embraced by a new generation of fans through the stage musical, which has been running on Broadway for more than eight years and has also enjoyed successful tours around the globe.

“Jersey Boys” will be available for streaming and download to watch anywhere in high definition and standard definition on their favorite devices from select digital retailers including Amazon, CinemaNow, Flixster, iTunes, PlayStation, Target Ticket, Vudu, Xbox and others. “Jersey Boys” will also be available digitally on Video On Demand services from cable and satellite providers, and on select gaming consoles.

ABOUT DIGITAL HD WITH ULTRAVIOLET