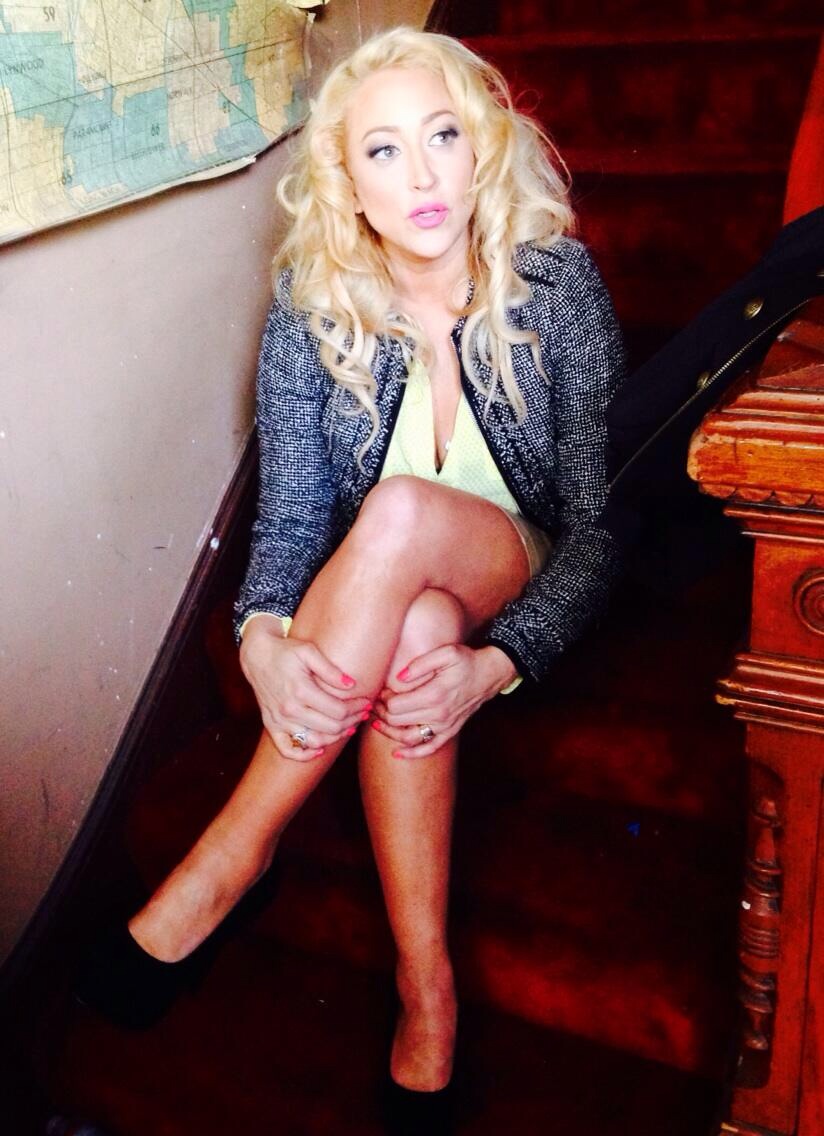 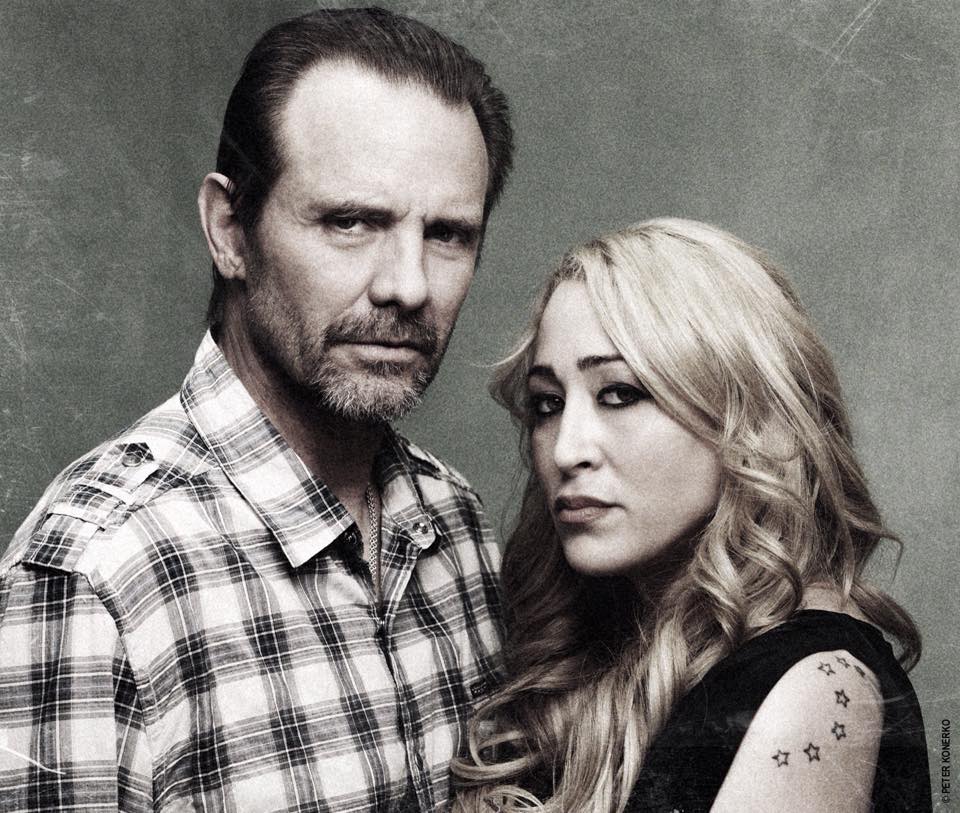 LOS ANGELES, December 1, 2014 – Lony Ruhmann, Blanc/Biehn Productions and Give & Take Productions have announced the new thriller PSYCHOPHONIA. With a story Sent from my IPHONE
www.thebbbasement.com

After her husband Jeremy is brutally murdered, artist Lilly Tarver struggles with his secret sex life and coming to terms with who he really was. While diving into his dark and potentially dangerous world, a mysterious caller might hold the answers to his death.

About Blanc/Biehn Productions:
Blanc Biehn Productions is the partnership of famed actors Michael Biehn and Jennifer Blanc-Biehn. The pair decided to put their passion for acting and filmmaking together, creating their own production company. The duo produced and starred in Biehn’s directorial debut, The Victim, a grindhouse film which co-stars scream queen, Danielle Harris. The company recently released Treachery through Traverse Media and completed post on Jennifer Blanc-Biehn’s directorial debut The Night Visitor and The Girl. They are currently in the sales process with WFT Films on Hidden In The Woods – The Remake. Other films include Altered Perception, She Rises, starring Angus MacFadyen, The Night Visitor 2 , Hellavatorman, and Fetish Factory. Currently in preproduction on Fembot and developing The Lincoln, Killer Weekend, The Fairy, The Four, Good Family and many more. Look out for more releases on their slate as well as festival screenings in the near future, as well as a new list of fabulous directors being added to the roster. For more information on upcoming BBP features, please go to www.TheBBBasement.com and sign up for news and updates. Many projects are currently in post-production with partner and creative executive Lony Ruhmann.

About Give & Take Productions:
Give & Take Productions is a Los Angeles based TV and Film Production Company started in 2013 by award winning filmmaker Mark Gantt and Brianne Davis. They are currently in post production on The Night Visitor 2: Heather’s Story and in pre-production on A Place Apart, a dark drama written by Jackie Blakely, directed by Mark Gantt, starring Brianne Davis and executive produced by Solipsist Film’s Stephen L’Heureux (Sin City: A Dame For Hire). They have several film and TV projects in development. www.giveandtakeproductions.com 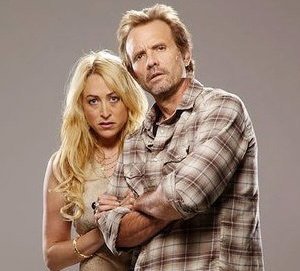 Michael Biehn & Jennifer Blanc-Biehn are husband/wife team who made the horror/thriller “The Victim”.  The duo took on numerous role with Jennifer acting and producing, while Michael acted as well as written and directed the film.  The film is set to be released in theaters August 24th then will head to Blu-ray and DVD shortly after.  I highly recommend this film.  It is a real labor of love from the two of them and it really shows.  Media Mikes had a chance to chat with Michael and Jennifer about their experience from making the film to getting it released.

Mike Gencarelli: Michael, since this is your directoral debut with “The Victim”; what is the main thing you have taken away from this experience?
Michael Biehn: It was a lot more work then I expected it to be and was also a lot more time consuming. After I directed it then went into post-production, but my job didn’t end there. I thought my job was over, maybe I would have be right if I was working for a studio. But at that point then I had to get out and get people to see this movie. I spent just about a year then traveling with it.  We went to Los Angeles, Kansas City, San Francisco, Texas, Louisville and all over Canada. As we were showing the movie, it started getting some good reviews and some buzz among the distributors. Finally Anchor Bay picked it up and I have been happy with working with them.

MG: How was it working together as a team on this project?
Jennifer Blanc-Biehn: Well we worked together before over the years but we never worked together in this capacity before where I was producing and starring opposite him and he was directing and writing. Then we added our production company into the mix, so it is a whole new world. We are both intense, passionate and volatile people anyway. This project was intense and volatile but at the same time really fun and collaborative. As passionate as we get, I always trust Michael and I have his back. Overall, it was a really great experience.
MB: Jennifer is really a born producer. It never would have gotten made without her. She found the money and the source material. The movie was original based on another screenplay, but it was a page one rewrite. Jennifer handled everything from the beginning. She pushed everything through and worked very hard for this film.

MG: The film itself is quite intense, what was each of yours biggest challenge?
JBB: I think for me trying to stay calm was a big challenge. My character didn’t need to stay calm, so it was probably ok.
MB: Well, the biggest challenge for me was obviously time. I shot the movie in 12 days. I had never worked on a project before that time in any less than 24 days. I always feel like if you have $100,000 dollars and 6 weeks to build a house, you can probably build a pretty nice house. If you got $10,000 dollars and a week to build a house, its going to be a different kind of house. We were doing like 45 setups a day. Also when I found out we were going to make this movie, we had to actually start filming right away. I had to finish the script and do pre-production at the same time. Any filmmakers will tell you is not the ideal way to do it. Basically our pre-production was crewing up, casting, location scouting and dealing with the Screen Actors Guild. When you have that little time, I told the people that brought the money to the table that I would do this but I would have to have all the creative control, production control and all the decision making. It was a lot of responsibility but also fun and exsilerating at the same time to finally be the boss. It’s like I had the Jim Cameron contract on a Roger Corman movie.

MG: Jennifer, what do you enjoy most about producing aspect of the film?
JBB: I think what I enjoy the most is not the logistics of producing, which is dealing with the crews etc. That is more of a line producer. I am better at championing a film, sifting out material that excites me, getting other people excited and finding investors. I like the more social aspect of producing. I am also good at nagging people with emails [laughs]. I can find a role for myself instead of having other people dictate what I do. I started off as an actress and only an actress. So it has been fun to be able to find a role I like and possibly find a way to make it work. Lastly, I like the idea of bringing stuff to Michael and getting him excited about it.

MG: So how/when can people get a chance to see “The Victim”?
JBB: We open a theater in NY on August 24th at the Quad Cinema. On that same day we also premiere at FrightFest UK at the Empire Cinema. We play a week in NY, then we play for a week in Los Angeles at Quentin Taratino’s theater, the New Beverly Cinema on September 7th. Then on September 18th, we go to Blu-ray, DVD, VOD, Amazon streaming, Netflix, iTunes, Redbox…the whole deal.

MG: What do you guys have planned next together?
JBB: We are going to start a remake at the beginning of next year it is called “Hidden in the Woods”. We found this movie at Fantastia International Film Festival and both of us just fell in love with this filmmaker. It is directed by a guy named Patricio Valladares and he is just unbelievable and up-and-coming.
MB: He is just a great young filmmaker and only like 22 years old. I happen to be on the jury at the festival and got to see his film early. I have never been a fan of the “Saw” and “Hostel” series, but this one even though it has a lot of violence it doesn’t feel gratuitous. So we are looking forward to this project quite a bit.