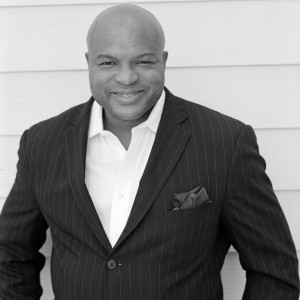 Michael Beasley has appeared on a number of television series and films ranging from “American Reunion” to “Flight” starring Denzel Washington. Michael currently plays the role of Jimmy Cliff on the final season of the hit HBO series “Eastbound and Down” and also has a role in the upcoming film “Last Vegas” starring Morgan Freeman, Michael Douglas and Robert Di Nero. Media Mikes spoke with Michael recently about his work on the series and about some of his other upcoming work.

Adam Lawton: How did you first become involved with “Eastbound and Down”?
Michael Beasley: I had auditioned for the show a few different times prior to this season. Those auditions were for different characters though. This time around there was a few different roles that I auditioned for. They weren’t sure the show was going to come back as they were working on a deal with HBO at the time. Over the course of several months they brought me in to audition for a couple different roles and what ultimately happened was that two of the roles were combined in to the character of “Jimmy Cliff”. Being I was already a fan of the show I was very excited to get this role.

AL: What has it been like working with the cast and crew from the show?
MB: It has been amazing! This really was a dream job for me. Danny McBride, Jody Hill and everyone involved with the show treat you like family once you walk on the set. It was like I knew everyone for years. They created this energy that was very easy to work in while on set. They allowed us to really play with the characters was just great. From a comedic stand point just being able to watch Danny and Jody work was incredible. I couldn’t figure out hey they were able to come up with some of the stuff they did.

AL: Being you were allowed to work with the character a bit how much of what we see is you and how much is what you were given in the script?
MB: We work with great scripts. Basically if we feel we can add something that day to the scene they allow us to do that. A lot of the stuff people are seeing right now is improvisation but there is also a lot scripted material in there as well. There is definitely a balance of both.

AL: How has working on this series compared to that of “Magic City”?
MB: It was different in the sense that HBO allowed those guys to really push the envelope as it relates to their artistic work. I loved working on “Magic City” because I love that era. The clothing and fashion is really great. I thought that show was written really well and am kind of upset we weren’t able to do a third season.

AL: What can you tell us about your appearance in the film “Last Vegas”?
MB: I had auditioned for the role of a bouncer and when I first got on set I was making sure that I was minding my p’s and q’s because of who was all there. I didn’t want to mess things up. (Laughs) I made sure I got the scene down real well and I also did some improv as well. The director Jon Turtletaub loved what I did and the energy I had with everyone that he had production contact me about doing some more scenes. I started with just one scene and ended up doing 8 or 9. It was an amazing experience.

AL: For you personally what do you feel is the biggest difference working on features as compared to television sitcoms?
MB: Any set I go to I try and absorb everything. Each time I work I learn more and more about both sides of the camera. I want learn what the actors may need as well as what the directors may need as well. Everything is about team work so I want to be able to help everyone make the best product we can. Each set I am on I can take something from that to the next. I have been able to work with a lot of great people and have been able to take some great skills from those experiences.

AL: Do you have any other projects set to come out that we can be watching for?
MB: I just shot a film title “The Squeeze”. It’s a golf movie schedule to come out sometime in 2014. We did a lot of improv work while we were shooting that it should be really funny. I did a couple episodes of “Single Ladies” on Vh1 that will air in January and you can also see me in the pilot for “Line of Sight”.