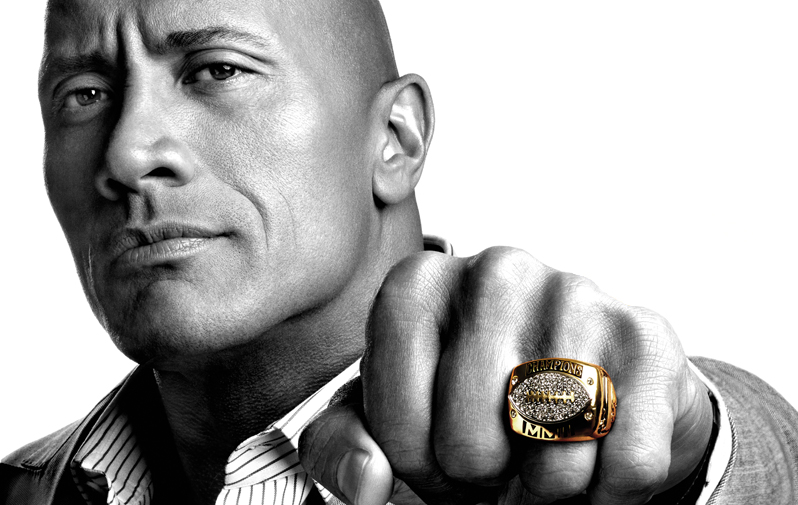 Dwayne Johnson is back as the ex-NFL star striving to find success off the pitch as a financial manager for the biggest “Ballers” in Miami. The hit HBO show will return this summer and promises to be bigger and better than before. The first season of the show received widespread critical acclaim, with a rather impressive 80% score on Rotten Tomatoes, and the premier for the new season is due to be screened on July 17.

To those unfamiliar with the show, you don’t need to be a football fan to be able to get into it. In fact, it is only loosely based on the actual sport, and instead has greater focus on the lives and conflicts surrounding players, agents and managers. As it is set in Miami, the Miami Dolphins are a primary focus in the series. The Dolphins are well known globally, and have appeared on screen before in “Ace Ventura: Pet Detective”. However, their fortunes on the field have not been so impressive of late and, at the time of writing, in the Bet365 NFL odds they are 50/1 to win the Super Bowl.

The finale of season one of “Ballers” brought closure to a number of conflicts, but also planted seeds for new potential storylines. Wide receiver Ricky Jerret (John David Washington) called out his absentee father in a news broadcast. However, his father insisted he had done the right thing in deserting him at an early age, as it stirred up anger and emotions in his son that ended up making him a ferocious force on the field of play.

We also witnessed the return of Vernon’s cousin, Reggie (London Brown). As a massive troublemaker, Reggie is one of the most hated characters on the show. Some Reddit users on a “I Hate Reggie” thread have even suggested that Johnson should use his famous wrestling move, “the Rock Bottom”, on Reggie in the show. In the season finale though, Reggie was seemingly able to put his ego aside when he admitted that Johnson’s character, Spencer Strasmore, knew best. However, we will have to wait and see if this is just part of a play.

The tagline for the new season is “You’re no one until you have enemies”, with Andy Garcia playing the enemy in question. Bringing in a powerhouse actor that has taken on major roles in “The Untouchables” and “The Godfather Part III”, among other massive hits, could boost ratings significantly. Garcia’s character is the biggest powerhouse in the game, and Strasmore is warned not to cross him. However, it seems unlikely that Strasmore will heed this advice, and it could come down to an epic showdown between the two.  Judging from the trailer for the new season (see above), there should be plenty of humor, action and fast cars. All of this, along with another set of compelling storylines, means the second installment should be as well-received as the debut season.
Read Complete Article
Filed Under: TV Interviews Tagged With: ballers, return, set, summer
Page 1 of 1