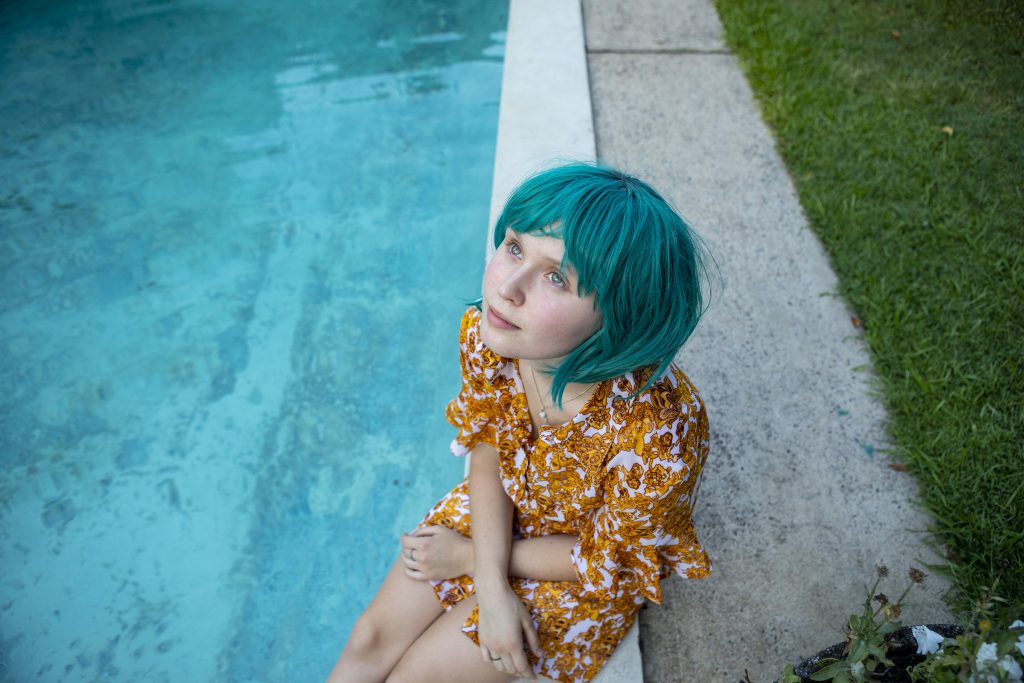 The tragic teen love story about a girl or boy who is terminally ill yet finds true love with minutes left on the clock is the poster child for cliched storylines. At first glance, “Babyteeth” appears to be nothing more than just that. However, with a quartet of interesting, complex characters trying to find their way in the shadow of a young girl’s terminal cancer, “Babyteeth” becomes something quite unexpected – pure cinematic art. The kind of art that provokes a deep, emotional reaction which will stay with you long after the final credits had disappeared off the screen.

Based upon the stage play by Rita Kalnejais, who also wrote the screenplay for the film version, and directed by Shannon Murphy (“On the Ropes,” “Rake”), “Babyteeth” starts us at a train station where Milla (Eliza Scanlen, “Little Women,” “Sharp Objects”), bedecked in her high school uniform, stands gazing at the tracks in a way that suggests she is pondering death. This is when Moses (Toby Wallace, “Boys in the Trees”), a rat-tailed young man a few years her senior, bumps into her. When her nose starts to bleed, Moses, who may be high on something and possibly homeless, bends over backwards to help her, and from that point on Milla is smitten with him.

Scanlen draws us in with a profound sense of innocence, despair and longing all rolled into one. There is an air of tragedy about her so thick that it is hard to breathe. Still, a visible spark is ignited within her and Scanlen plays it masterfully as Milla’s passion to live life is reawakened by what will become her first and only love. Wallace, the recipient of the Marcello Mastroianni Award for Best Young Actor or Actress at the 76th Venice International Film Festival for this very role, is damaged goods himself. He longs to have a relationship with his estranged mother, but Moses would rather play the tough, street thug card. On the surface, his character seems stereotypical, yet Wallace manages to subtly infuse several degrees of complexity into his role that is both surprising and rewarding.

Rounding off the quartet is Milla’s psychiatrist father, Henry (Ben Mendelsohn, “Ready Player One,” “Rogue One”) and her pill-popping, former classical pianist mother, Anna (Essie Davis, “True History of the Kelly Gang,” “Assassin’s Creed”). With his daughter’s terminal diagnosis looming over him, the pressure on Henry to get through each day keeps growing. It eventually pushes him to make a pass at his pregnant, much younger next-door neighbor, who symbolizes a way out to a more normal or at least alternative existence for him. All the while, Anna takes a wide array of pills as her way to escape from a reality that she knows deep down will not include her daughter for much longer.

Mendelsohn and Davis share a great onscreen chemistry with one another as they face any parents’ worst nightmare. There are times when, especially towards the end of Milla’s life, they press on with a sense of grace that tightens their bond. They are even able to laugh at the craziness of letting Anna date a small time drug dealer in Moses who even breaks into their house at one point to steal Anna’s pills. However, how can they deny her the experience of a first love? Especially one which serves as a means for Moses to transform himself.

We know how “Babyteeth” is going to end. It is clear as day. The brilliance of Murphy’s direction is that when we do reach the end, we are still emotionally moved to the point of tears.