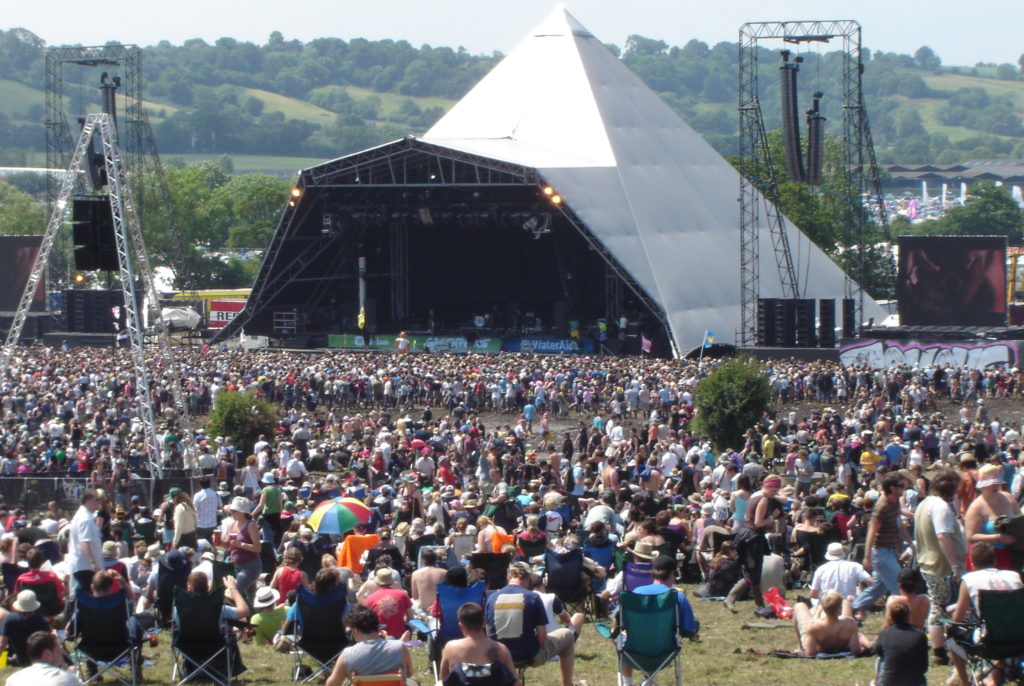 It’s June, which can only mean one thing; after taking last year off, the largest and best-known music festival in the world is upon us. On Wednesday, June 26th, the doors of the famous festival will open, and they won’t close until the morning of Monday, July 1st. By that point, almost a thousand bands and performers will have played, an ocean of alcohol will have been drunk, memories will have been made and lost, and with a bit of luck, some music history will have been made.

Glastonbury is almost fifty years old now, having evolved from the Glastonbury Free Festival of 1971, and it’s had to change with the times over the course of those decades. Not everybody who used to attend the festival feels like all those changes have been good ones. You’ll hear plenty of old-timers say that the festival isn’t what it used to be, and even those who went as recently as ten years ago might be inclined to agree. After 2006, the festival stopped including the ‘Lost Vagueness’ field in its offering. The area was a crude and muddy Las Vegas-esque area with vaudeville shows, unofficial ‘weddings,’ small casinos for revelers to win and lose money and a boxing ring for when they couldn’t get on. It was popular with the more hedonistic of the festival’s visitors, and had entertained them for well over a decade.

Now, ‘Lost Vagueness’ is gone. Festival organizer Michael Eavis felt like it had outlived its purpose. He said that tastes were changing; people weren’t interested in faux-weddings, the boxing rings were sending out the wrong message, and the people visiting the casino or sister site were more likely to be playing online casino games these days anyway (along with the problematic issue of people bringing finite amounts of money to the site, and then losing them at the casino table). Those who enjoyed ‘Lost Vagueness’ disagreed, feeling that the closure was a sign that the festival was becoming ‘too corporate.’

Keen to shake off that image, Emily Eavis (Michael’s daughter) and her fellow organizers have pushed the boat out with both the lineup and the new entertainment offerings this year to show that it still has just as much ‘edge’ as it’s always had. Here’s what to look out for if you’re attending.

Once upon a time, Glastonbury was all about bands and singers who played guitar. That’s not the case anymore. The star attraction on Friday night is British grime artist Stormzy, whose selection didn’t come without its fair share of controversy. Known for his infectiously catchy bars and his socially conscious lyrics, Stormzy may yet to prove more ‘in tune’ with the feeling and message of the festival than his doubters are willing to admit. This will be the largest stage and audience he’s ever likely to play in his life.

On Saturday, the festival has gone for a ‘safer’ bet by handing the headline slot to the Killers; an American indie rock band who have always sounded far more British than they do American anyway. It’s probably been a decade or more since they were at the peak of their powers or popularity, but they have enough hits in their locker to please an audience of 150,000. Look out for the inevitable enormous singalong to ‘Mr. Brightside.’

If the Killers are a few years past their peak, then we don’t even know where to begin with 80s goth rock act the Cure, who take the headline spot on the final night. There’s no doubting their iconic status, and everybody loves ‘Boys Don’t Cry,’ but what they have to offer a festival crowd of this size in 2019 remains to be seen. They’ll give it their best shot, and they’ve obviously been working up to their return to the spotlight; they’re about to release their first new album in ten years.

If the acts on the main stage aren’t for you, then you’ll find ‘the Other stage’ headlined by Tame Impala on Friday, The Chemical Brothers on Saturday, and Christine and the Queens on Sunday. Lauryn Hill, Liam Gallagher, Janet Jackson, Miley Cyrus, Kylie Minogue, Snow Patrol, and Billie Eilish all have prominent slots elsewhere on the bill.

Glastonbury has been accused of ignoring heavy metal music for years. It doesn’t anymore. During 2017, the festival’s first-ever hard rock stage was introduced in the Shangri-La area, and it was a sight to behold. The ‘stage’ was a small affair, made out of an old London tube train carriage, and was called ‘the Earache Express.’

This year, the same team who brought the Earache Express to you are back with a much larger stage which will be known simply as ‘Scum,’ and will be where the metal heads spend their entire weekend. If you’d like to go headbanging, you’ll find The Damned, Black Futures, Jamie Lenman and many more acts on the bill.

The entire dance music area of the festival is being revamped, with a new extended layout for the Sonic Stage, and a selection of smaller ‘hidden gem’ stages dotted around the area. The Sonic Stage is the largest of all the dance and electronic music stages at the festival, and features a lineup packed full of big hitting DJs from across the UK and the world at large.

The highlight of the hidden gem stages is the ‘No Average Groove’ stage, which presents us with a confusing description. On the one hand, it’s supposed to be playing the best in underground dance music, but on the other, it’s claimed that there will be no defined genre or style of music for the stage, and so anyone might turn up. Go, stay there for a while, tell your friends you saw Justin Timberlake play to 400 people there at 4 am, and dare them to prove you wrong.

For reasons that will only make sense if you’ve been drinking at a festival for four consecutive days, this year a full-sized wooden mock Victorian Pier is being built at the site. It’s going to weigh over 160 tonnes, will be sixty meters long, and spraypainted gold. You’ll be able to find it – as if it were even possible to miss such a thing – close to the Park Stage.

Nicknamed ‘Glastonbury on Sea,’ it’s claimed that you’ll be able to find everything here that you’d be able to find on a pier at a traditional British seaside resort. That includes a Ferris wheel, a fortune teller, an amusement arcade, and carnival shows.

What’s a pier doing in an area where there’s no sea? Who knows, but it wouldn’t be Glastonbury if it weren’t a little weird. Is it losing its edge? We don’t think so.