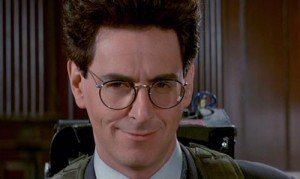 Harold Ramis, whose early career writing jokes for “Playboy” magazine lead him to a career as one of the most successful comedy film writer/directors, passed away today in Chicago.  He was 69.  Cause of death was listed as complications of autoimmune inflammatory vasculitis.

Chicago born, Ramis began his comedic career as a writer and joke editor for “Playboy.”  At the age of 25 he joined the prestigious Second City Improvosational Comedy Troupe and soon was recruited to move to New York City to write and perform for the popular “National Lampoon Show.”  While there  he worked with such up and coming comedians as John Belushi, Gilda Radner and Bill Murray.  In 1976, while those three were gaining fame on “Saturday Night Live,” he became head writer for the popular Canadian program “SCTV,” whose cast boasted such comic legends as John Candy, Martin Short and Joe Flaherety.  In 1978 he earned his first Hollywood film credit as co-writer of the enormously popular film “National Lampoon’s Animal House,” which was produced by Ivan Reitman.  He later teamed with Reitman by co-writing the script for “Meatballs.”

In 1980 he got his first shot behind the camera when he was named the director of the classic golf comedy “Caddyshack,” again co-writing the script.  He finally got his chance to appear on camera when he and Murray starred in the military comedy “Stripes,” again co-writing the script and directed by Reitman.  In 1983 he concentrated on directing when he helmed “National Lampoon’s Vacation,” written by John Hughes and starring Chevy Chase and Beverly D’Angelo.  The next year he made movie history when he co-starred again with Murray and Dan Aykroyd in one of the most beloved films of all time, “Ghostbusters.”  Again, he shared co-writing duties, this time with Aykroyd.  Other films he helped write include “Back to School,” “Club Paradise,” “Ghostbusters II,” “Analyze This” (and it’s sequel) and “Groundhog Day.”

As an actor he is probably best remembered as Dr. Egon Spengler, the heart of the Ghostbusters.  He often made brief cameo appearances in his own films and was also featured in “Airheads,” “Baby Boom,”  “Knocked Up” and “Walk Hard: The Dewey Cox Story.”  His last film was 2009’s “Year One” and he last directed in 2010 with an episode of television’s “The Office.”

Ramis is survived by his second wife, Erica, their two children and a child from his first marriage.