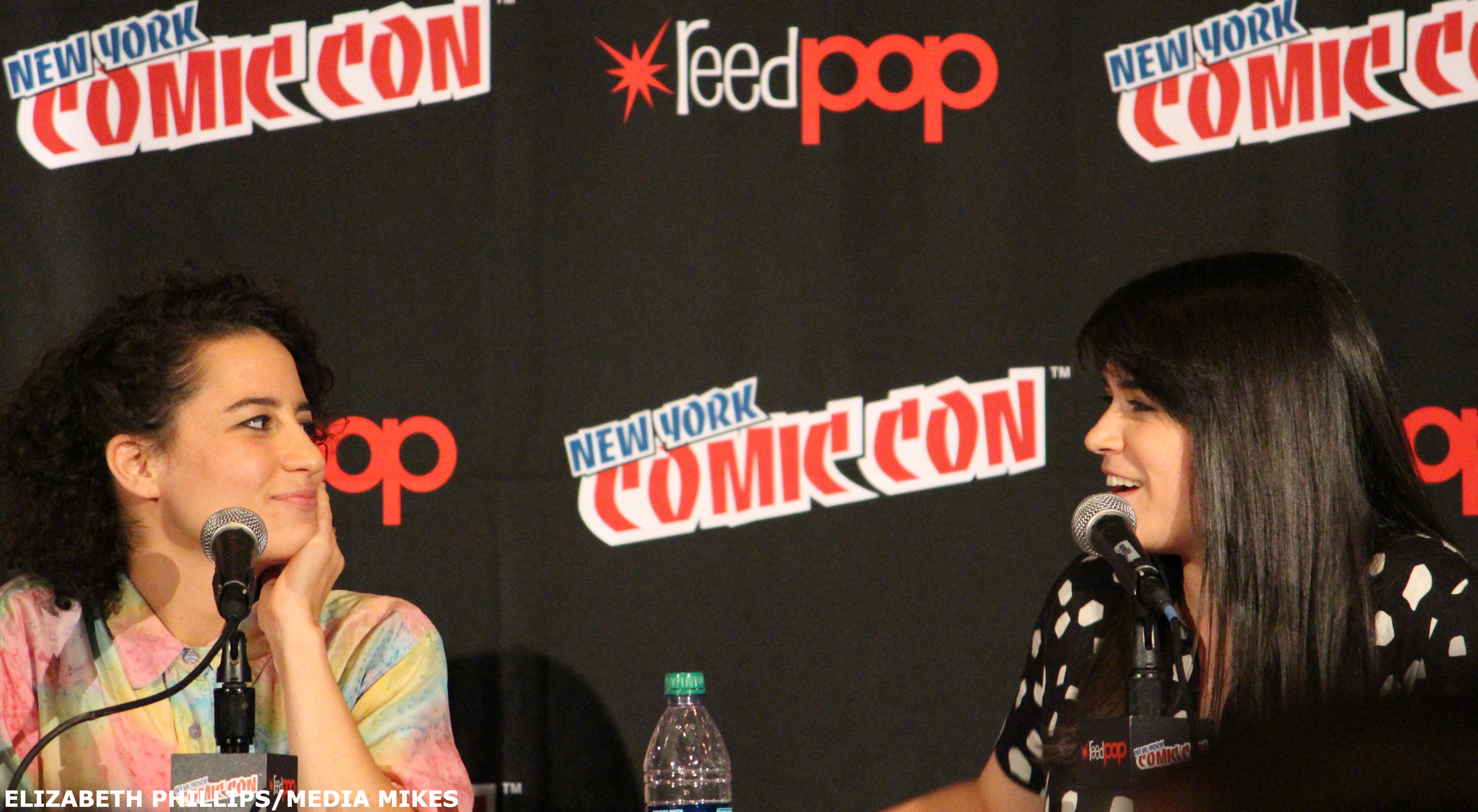 Appearing before a packed room at New York Comic Con on Friday, October 10, Ilana Glazer and Abbi Jacobson declined the use of a traditional introduction and danced their way on stage to Missy Elliot’s iconic song “Work It.” Fans of their Broad City show cheered and danced along with them as they took the stage. Once at the microphone, the women seemed shocked at the large crowd, some of whom had queued up an hour before the actual start of the panel, remarking that they had never imagined any of this when they had started their show, originally a web series, in 2009.

The Broad City web series began on YouTube in 2009 and achieved an almost cult-like status before being discovered by Amy Poehler, who transitioned the show into a 30-minute televised format. Poehler is now an executive producer on the Comedy Central show, which wrapped its first season in March. About the move to television, Jacobson said, “(Comedy Central) never made it feel corporate. It still feels like we’re making a web series. Not for the web, but it’s still so DIY and everyone is so collaborative.” Glazer and Jacobson both have strong comedy backgrounds; they met doing improv and are Upright Citizen Brigade alums. The first season of the show was nominated for Best Comedy Series at the 2014 Critics’ Choice Television Awards, and both Glazer and Jacobson were on the 2014 Variety’s Power of Women: New York Impact List.

The panel was moderated by fellow comedian Nicole Drespel, who also appears on the show. A sneak preview of Season 2 was shown, which further explored Abbi’s obsession with the store Bed, Bath, and Beyond. Jacobson and Glazer then did live commentary for the Season 1 episode “Fattest Asses,” before the floor was opened up to questions from the fans. Questions ranged from their ideal guest stars- living or dead (Lucille Ball and Clive Owen for Glazer; Richard Jenkins, Frances McDormand, and Idris Elba for Jacobson), to advice on how to break into the comedy world. When asked how much of their characters were actually based on themselves, Glazer replied, “It’s like 15% of ourselves, blown up to the full 100. It’s like my f—ing nuttiest and Abbi’s f—ing craziest.” One fan thanked Glazer on behalf of her friend for being the first tv character she felt comfortable identifying with, calling the women feminist heroes.

The panel wrapped up with a clip from the companion web series to the tv show, Hack Into Broad City, and audience members were treated to free tee-shirts and stickers from the Comedy Central staff.

The second season of Broad City will premiere this January.