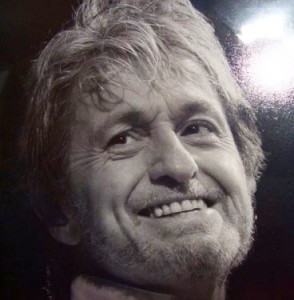 Arguably the best and certainly the most well-know band in the progressive rock arena, Yes has always been at its forefront and is no stranger to the one constant of the genre: perpetual change.  No one knows this better than the eternal voice of Yes, Jon Anderson.  His unique powerhouse alto tenor vocal is the anchor point to decades-worth of the band’s music, from multi-part opuses like “Close to the Edge” to the MTV-era chart-toppers like “Owner of a Lonely Heart”.

In mid-2008, Anderson was diagnosed with acute respiratory failure and has since made a full recovery.  While no longer the lead singer of Yes, the past year has found Jon working on a wide variety of projects including a collaboration with former Yes keyboardist Rick Wakeman, 2010’s “The Living Tree”, and the recent solo release “Survival and Other Stories”.

Jon has returned to the stage as part of a 2011 tour that will feature acoustic solo shows and ones in which he will be joined by Wakeman.   MediaMikes’ Dave Picton had a chance to catch up with Jon to talk about his most recent work and the supporting tour as well as a bunch of…shall we say?…Yesstuff.

Dave Picton:  First and foremost, welcome back!  You’ve been sorely missed.  How are you feeling and what’s the latest prognosis?
Jon Anderson: Well, I’m a lot healthier than I was three years ago.  2008 was very, very difficult but you go through the experiences and come out the other end a lot better.  I’m a lot healthier, that’s for sure.

DP: When I listened to “The Living Tree” album, I was surprised to hear a very sparse approach:  you on vocals and Rick [Wakeman] on piano and keyboards, which isn’t what I would necessarily expect to hear from somebody who has recently recovered from a severe respiratory ailment.   Was the minimalist approach the concept from the start or was there ever at any point a thought about any musical augmentation?
JA: We just decided to keep it simple, you know? Rick is very wonderful and he comes up with some beautiful music and then I write the melody on top of the lyrics so it’s a very natural event.

DP: The tour that you’re embarking on will include shows that feature you exclusively as well as shows that pair you with Rick. I’m wondering what audiences can expect to hear and see?
JA: Well, it will be funny because Rick likes to tell jokes.  I do acoustic versions of lots of songs when I do my solo show and, you know, with me and Rick we do a lot of songs from Yes because that’s what we wrote together and we enjoy that as well as doing new songs from “The Living Tree”.

DP:  In the liner notes for your latest solo album, “Survival and Other Stories”, you state that the album is basically the result of you putting an ad up on your website that more-or-less said “I want musicians!”  What was that experience was like for you?
JA: About six years ago, I put an advert on my website and I received lots of replies. I found about a couple of dozen people who I’ve been working with ever since and, over a period of the past year or so, I started realizing that I’ve got maybe thirty songs and I have to put out an album quick or I’ll just have too many songs.  So that’s why I put out “Survival and Other Stories”.  It’s a combination of songs about what I went through in 2008 that are very, very personal and soul-searching. There are a couple of songs about the gravity of war and the madness of greed.  Thankfully we’re getting rid of the people that, you know, hoard money for no reason at all.  There’s a sense of working with different people that you get a more, shall we say, entertaining album because everybody comes at it from a different point.  I’ve been doing songs from “Survival and Other Stories” in my solo show, but it’s not something I think that I have to go on tour with a band and promote.  If the record takes off this year, maybe next year I’ll take a small ensemble and perform some more songs.  But you never know with these things.

DP:  Many of the songs on “Survival” seem to be steeped in a very deep spirituality that’s been a constant in your work both with Yes and as a solo artist.
JA: Well, generally we’re all spiritual beings.  I just like to sing about the journey that we seem to be all on and inside I feel like it comes very naturally to sing about the light that we have inside. I generally feel that I’m not doing anything other than what people have done all through the ages.  There’s always been someone singing about the journey.

DP: Going back a little ways to 2007, you performed ensemble-style shows with the School of Rock All-Stars – a show that I was fortunate enough to see at BB King’s Blues Club in New York City.  What was it like working with the kids and would you want to do it again?
JA: For sure I would do it again! In fact, I was talking about doing it again next year.  It’s a very magical experience to be up there with the young kids.  They’re very, very open and very clear about doing their work and, quite honestly, they’re just fantastic to work with as you can tell when I’m up there doing a show.

DP: Going even further back in your history of ensemble work, Yes’ “Union” tour in the early ‘90s featured many members of the “classic” ‘70s era of Yes as well as members of the ‘80s 90125-era band all on one stage with you in the center.  How was that experience?  Any interesting road stories?
JA: It was kind of magical for me because I was in the middle of the ensemble and they were all playing great.  You know, I didn’t really like the “Union” album all that much, but the idea of doing the album would enable us to go on tour and that was what I really wanted to do.  So you get working with those guys on the stage and crazy things would happen like Steve [Howe] would come over to me and say “Can you tell Trevor [Rabin] to turn down?” and I would go over to Trevor and say “Trevor.  Stay where you are. You’re doing fine.” [laughs]

DP: Have you stayed in touch with Trevor?  I know he’s become quite prolific in writing film scores as of late.
JA: Oh yeah! I see him every month.  We’re talking about working together on a project but it’s only a question of time before we can make that happen.

DP: The 90125-era of Yes was probably the most commercially successful ones in the band’s history.  When you look back on that, what are your fond memories – and maybe even not so fond ones – of that period of time?
JA: It was amazing, you know.  We were number one around the world and we were treated like rock gods and things like that.  Actually, it all fell apart for me because I went to see “Spinal Tap” and from then on I couldn’t stop laughing at everything.  I had a great time for three or four years.  And then “Big Generator” happened and it was such hard work because the record company wanted to have another hit album. It’s not my idea of creation, you know?  It’s very boring.  The future of music was more important to me, so that’s why I did Anderson, Bruford, Wakeman and Howe which I really enjoyed.  I’m actually now working on some very interesting new music which really related to what you would call the “classic Yes” style of music, that sort of long-form pieces that I love creating.

DP: Would this new music be a solo project with a minimalist approach like what you decided to do with with Rick on “The Living Tree” or be fully augmented with a full array of musicians and, if it’s the latter, any idea as to who they would be?
JA: It’s fully augmented by a full orchestra at the moment.  It’s a wonderful experience to go through.  I’m working with I guy that I met, Stephan Bordell, who is a beautiful composer and I’m also working with the young kids from the School of Rock.  They did some overdubs for me last year as well as last month and they sound great.  I’m just getting the drums put on and, generally speaking, getting people to help sing it with me.  My wife and some friends are going to help sing on it so it sounds like a big ensemble of energy.

DP: If I snagged your iPod and selected “random”, what would I hear?
JA: Well, unfortunately, my favorite music is from the ‘40s.  On the iPod, though, I often listen to [composer Jean] Sibelius.  I just have this thing about Sibelius and Stravinsky.  I love classical music when I want to listen to anything.  Here and again, I’ll hear a song on the radio that I like but, generally speaking though, I’m pretty much locked into the old classics and I don’t know why.  It’s just something I enjoy listening to.

DP: It’s certainly been a pleasure talking with you, Jon. It’s great to hear your voice again in every way.
JA: Well, there’s a lot more music to come.  I wish you well.