Lauren Bacall, whose seven-decade career made her one of the greatest stars in Hollywood history, died this evening in her New York home a month shy of her 90th birthday.

Born Betty Joan Perske on September 16 (a birthday we both shared) 1924, she set out to become a dancer before turning her sights to acting and attending the American Academy of the Dramatic Arts after her graduation from high school. While appearing in the occasional off-Broadway production she began modeling and, at age 19, caught the eye of film director Howard Hawks’ wife, who saw her on the cover of a magazine and suggested she be given a screen test. So impressive was her test that she was cast opposite Humphrey Bogart in the film “To Have and Have Not.” It was in this film that she introduced one of the most quoted lines in film history when she said “You know how to whistle, don’t you? You just put your lips together and…blow.” Despite their 25 year age difference, the two fell in love and were married a year later. The marriage would last until Bogart’s death in 1957.

She continued to co-star with Bogart in such classic films as “The Big Sleep,” “Dark Passage” and “Key Largo.” In 1953 she tried her hand at comedy, co-starring with Marilyn Monroe and Betty Grable in “How to Marry a Millionaire.” She spent the next decade or so alternating between film and television before heading to Broadway, appearing in the musical “Applause,” for which she won the Tony Award as Best Actress.

In 1973 she reprised her role in the television production of “Applause” and then returned to the big screen as part of the all-star cast of “Murder on the Orient Express.” She also starred opposite John Wayne in his last film, 1976’s “The Shootist.” In 1980 she appeared in the Robert Altman film “HealtH.” This movie was filmed in St. Petersburg Beach, Florida and I can remember some friends and I trying to sneak our way into the Don Cesar Hotel, where the film was shot, in the hopes of meeting Ms. Bacall, who my friend Scott Gilbert had a major school boy crush on. We were not successful.

She continued to work at her leisure, appearing in such films as “The Fan,” “Misery,” “Pret-a-Porter” and “The Mirror Has Two Faces,” for which she received her first and only Academy Award nomination, as Best Supporting Actress. Though she did receive the Golden Globe for her performance, the Oscar went instead to Juliette Binoche. . As the 21st Century loomed she began contributing her voice to various animated projects, including “Madeline: Lost in Paris,” “Howl’s Moving Castle” and was actually heard earlier this year in an episode of “Family Guy.”

In 2010 she received an honorary Academy Award in recognition of her central place in the Golden Age of motion pictures. 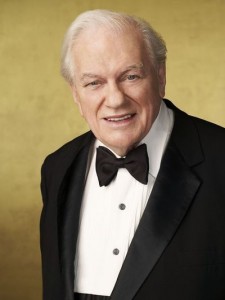 Charles Durning, a highly decorated World War II vetaran and Oscar nominated actor, passed away today due to natural causes. He was 89.

Born on February 28, 1923 in Highland Falls, New York, Durning knew about the military life at a young age. His mother worked in the laundry at the West Point Military Academy and his father, who was an
immigrant from Ireland, earned his American citizen by enlisting in the United States Arny, He was considering a life in the priesthood when he was drafted into the Army in 1944. In June of that year he was badly wounded during the D Day invasion on Omaha Beach, suffering injuries to both legs as well as his chest, head and hands. Durning was the only member of his unit to survive the invasion. In December 1944 he was sent back into action and, as a rifleman, took part in the Battle of the Bulge, where he was again wounded in the chest Again, fate was on his side. Of the more than 100 soldiers in his unit he was one of only twenty to survive the battle. He was finally sent back to the States where he served until his discharge in January 1946. In his two short years of service he was awarded the Silver Star and three Purple Hearts. Like fellow war hero and actor Lee Marvin, Durning very rarely liked to discuss his military service.

After his discharge he earned money as a pro boxer. When he couldn’t get a fight, and despite his multiple leg injuries, he would find work as a dance instructor, teaching at the Fred Astaire Dance Studios. In the late 1950s he began finding work on and off-Broadway before finding work on early television programs. He came to prominence in 1972 with his role in Jason Miller’s “That Championship Season.” It was during a performance that director George Roy Hill spotted him and cast him as Lieutenant Snyder, the Chicago cop constantly chasing Robert Redford in “The Sting.” Other roles followed quickly, including “The Front Page,” “Breakheart Pass” and “Dog Day Afternoon,” which earned him a Golden Globe nomination. Other roles in film like “The Choirboys,” “The Fury” and “The Muppet Movie” helped him end the 70s as a highly sought after character actor. In 1982 he co-starred as an older man smitten with Dustin Hoffman in “Tootsie” and then returned to his dancing ways as the elusive governor in “The Best Little Whorehouse in Texas” earning him the first of two consecutive Oscar nominations as Best Supporting Actor. He was nominated again the next year for his work in the comedy “To Be or Not to Be.” He also lent his voice to the opening scene of “Scarface,” voicing over for the actor who first interrogates Al Pacino’s Tony Montana. “Whorehouse” began a long running association with Burt Reynolds, appearing alongside him in both films (“Sharky’s Machine,” “Stick”) and television (“Evening Shade,” which earned him two of his total nine Emmy Award nominations).

Durning continued to work on stage as well, playing Charley opposite Dustin Hoffman in “Death of a Salesman” (he also reprised the role in the television production). He won a Tony Award for his role as Big Daddy in Tennessee Williams’ “Cat on a Hot Tin Roof.” In 1997 I had the extreme privilege of catching him on Broadway, opposite the great George C. Scott, in “Inherit the Wind.” I had the even greater honor of meeting him after the show, where he spoke for a few minutes and graciously signed a photo for me.