Despite an early showing by top nominee “Hugo,” “The Artist” surged ahead and took home it’s anticipated Best Picture award at the 84th Annual Academy Awards tonight. Both films ended up with the lion’s share of awards, each of them taking home five trophies. “Hugo” took most of the technical categories it was nominated in, including Cinematography, Art Direction, Sound Editing, Sound Mixing and Visual Effects. “The Artist” scored for Costume Design, Original Score, Director for Michel Hazanavicius, Actor for Jean Dujardin and, of course, Best Picture. Meryl Streep won her third Oscar for her portrayal of British Prime Minister Maggie Thatcher in “The Iron Lady.” Supporting awards went to Christopher Plummer for “Beginners” and Octavia Spencer for “The Help.” Plummer’s win made him, at age 82, the oldest winner of an acting award in Oscar history.

Best Animated Feature went to “Rango” while Iran’s “A Seperation” was named Best Foreign Language Film. Ludovic Bource’s score for “The Artist” faced some controversy earlier this month when it was revealed that director Hazanavicius had used a short snippet from Bernard Herrmann’s score for “Vertigo” in the finished film. Hazanavicius defended the sampling, pointing out that his film was a homage to the Hollywood of the past.

Hosted by Billy Crystal, the show flowed over an amazingly fast three hours and ten minutes. Below is a complete list of winners in order of presentation:

As Oscar time rolls around it’s time to take a look at this years nominees and pick the winners. If you agree or disagree, please feel free to post your comments. Here we go:

The Nominees are:
The Artist, The Descendants, Extremely Loud and Incredibly Close, The Help, Hugo, Midnight in Paris, Moneyball, The Tree of Life, War Horse.

After going from five nominees to ten a couple of years ago the Academy once again changed their rules. When ballots go out, each voter is allowed to name five films in order of one through five. The new rules state that if a film is named in the first position on at least 10% of the votes, it is a Best Picture nominee. Which means next year we could have eleven nominees….or three!

Should win: The Artist

Will win: The Artist

One of the most original films of the 21st Century, this love letter to the days of early Hollywood should become the first silent film (o.k., there are two words spoken but why quibble) to be named Best Picture since “Wings” won the very first Best Picture Oscar.

It’s really a two man race between Clooney and Dujardin, who won the Best Actor award at the Cannes Film Festival. But Clooney gets the nod here because his performance here as a man who learns his critically ill wife has cheated on him is unlike anything he’s done before. Plus Hollywood loves him.

The nominees are: Glenn Close (“Albert Nobbs”), Viola Davis (“The Help”), “Rooney Mara (“The Girl with the Dragon Tattoo”), Meryl Streep (“The Iron Lady”), Michelle Williams (“My Week with Marilyn”)

Missing: Tilda Swinton (“We Need to Talk About Kevin”)

Here we have a two women race. This is Streeps’ SEVENTEENTH acting nomination and most people assume she has 5 or 6 Oscars on the shelf. However, she’s only won twice (Best Supporting Actress for “Kramer vs Kramer” and Best Actress for “Sophie’s Choice”) with her last award coming almost three decades ago. She is due for Oscar number three and with her performance as Margaret Thatcher she should win it. However Davis (a past MediaMikes interview subject), in a role that could have easily slipped into stereotype, put so much dignity and soul into her performance that you truly rooted for her.

Probably the closest race of the bunch, this category features three actors who are often regarded as the greatest in their countries history: Sweden’s von Sydow, Canada’s Plummer and England’s Branagh. There is a great irony in Branagh’s performance. He is often regarded as the successor to the great Laurence Olivier due to his Shakespearean background and his nomination comes from his portrayal of Olivier. In my opinion this award should go to Nolte, who gives one of his best performances ever in “Warrior.” But I think the Oscar will go to Plummer for his rare comedic performance as a man who comes out of the closet to his son after his wife dies in “Beginners.” Both Plummer and von Sydow are 82 and should either win they would become the oldest person to win an acting Academy Award. Currently the title is held by George Burns (Best Supporting Actor for “The Sunshine Boys”) and Jessica Tandy (Best Actress for “Driving Miss Daisy”), who were 80 when they won (though to be fair, Tandy was 200 days older then Burns).

This appears to be the runaway category, with Spencer nabbing pretty much every award she’s been nominated for. Like Viola Davis she took a role that could have easily spun into stereotype and put a humorous yet dignified spin on it. I will say that I am so glad to see Melissa McCarthy nominated. Comedy is so rarely recognized at awards time and she is truly deserving of her nomination.

Missing: David Fincher (“The Girl with the Dragon Tattoo”)

Even though he made arguably one of the greatest films of the 1980s (“Raging Bull”) and the 1990s (“Goodfellas”), Martin Scorsese did not win a directing Oscar until “The Departed” five years ago. Had he still been Oscar-less “Hugo” would have surely brought him the prize. That being said, the award should go to Hazanavicius for his brilliant recreation of young Hollywood.

The nominees are: A Cat in Paris, Chico and Rita, Kung Fu Panda 2, Puss in Boots, Rango.

Missing: The Adventures of TinTin

Should win: Puss in Boots

Despite winning the Golden Globe and Producer’s Guild awards for Best Animated Feature, Steven Spielberg’s “The Adventures of TinTin” was not nominated as apparently the animation branch of the Academy does not consider the motion capture process animation. Phooey! This is the first year that Pixar had a film eligible for a nomination (“Cars 2”) and didn’t receive one. Guess members aren’t big Mater fans. Dreamworks, the studio behind both “Kung Fu Panda 2” and “Puss in Boots” has won a couple awards in this category (for “Shrek” and a shared award for “Wallace and Gromit: The Curse of the Were-Rabbit”) so the Academy should want to spread the wealth around and give it to “Rango.”

THE REST OF THE WINNERS

CINEMATOGRAPHY: “The Tree of Life” (yes, you read that right)

ORIGINAL SCORE: “War Horse” – John Williams (including this year, Williams has been nominated for an Oscar 47 times! He’s actually competing against himself this year with “War Horse” and “The Adventures of TinTin”).

ORIGINAL SONG: “Man or Muppet” from “The Muppets

Check back on Monday for my thoughts on the winners and losers! 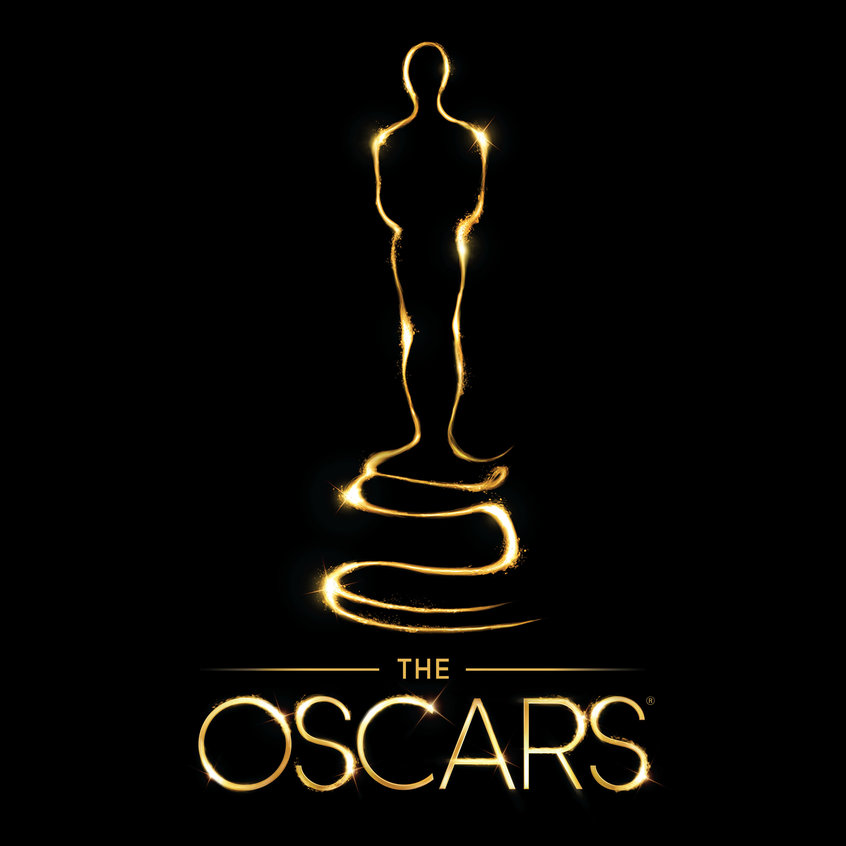 “Hugo,” director Martin Scorsese’s loving look at the early history of film, leads all nominees in the race for Oscar gold.  The film received 11 total nominations, including Best Picture and Best Director.
Close behind is “The Artist,” a silent, black and white film that includes Best Picture among its 10 nods.  “War Horse” and “Moneyball” followed with 6 nominations each, including Best Picture.
A total of nine films were nominated for Best Picture.  Last year, in an attempt to quell the outrage that “The Dark Knight” did not grab a Best Picture nod, the Academy increased the number of picture nominees from 5 to 10.  This year the rule was changed to nominate up to 10 films, based on membership voting.  To be eligible for a Best Picture nomination a film must be listed as first on at least 250 membership ballots.  Other nominees for Best Picture:  “The Descendants,” “Extremely Loud and Incredibly Close,” “The Help,” “Midnight in Paris” and “The Tree of Life.”
Besides Scorsese, director nominations went to Michel Hazanavicius for “The Artist,” Alexander Payne for “The Descendants,” “Woody Allen for “Midnight in Paris” and Terrence Malick for “The Tree of Life.”
Best Actor nominees:  Demian Bechir – “A Better Life,” George Clooney – “The Descendants,” Jean Dujardin – “The Artist,” Gary Oldman – Tinker Tailor Soldier Spy” and Brad Pitt – “Moneyball.”
Best Actress nods went to Glenn Close – “Albert Nobbs,” Viola Davis – “The Help,” Rooney Mara – “The Girl in the Dragon Tattoo,” Meryl Streep – “The Iron Lady” and Michelle Williams – “My Weekend With Marilyn.”
Best Supporting Actor nominees include Kenneth Branagh – “My Weekend With Marilyn,” Jonah Hill – “Moneyball,” Nick Nolte – “Warrior,” Christopher Plummer – “Beginners” and Max von Sydow – “Extremely Loud and Incredibly Close.”
Best Supporting Actress choices include Berenice Bejo – “The Artist,” Jessica Chastain – “The Help,” Melissa McCarthy – “Brodesmaids,” Janet McTeer – “Albert Nobbs” and Octavia Spencer – “The Help.”
Look for a special “Behind the Screen” later this week when I give my thoughts on this years nomines.
Here is a complete list of nominees:

“The Tree of Life” Nominees to be determined

Actor in a Leading Role

Demián Bichir in “A Better Life”

George Clooney in “The Descendants”

Jean Dujardin in “The Artist”

Actor in a Supporting Role

Kenneth Branagh in “My Week with Marilyn”

Actress in a Leading Role

Viola Davis in “The Help”

Rooney Mara in “The Girl with the Dragon Tattoo”

Meryl Streep in “The Iron Lady”

Michelle Williams in “My Week with Marilyn”

Actress in a Supporting Role

Bérénice Bejo in “The Artist”

Jessica Chastain in “The Help”

Octavia Spencer in “The Help”

“The Girl with the Dragon Tattoo” Jeff Cronenweth

“The Tree of Life” Emmanuel Lubezki

“The Tree of Life” Terrence Malick

“Hell and Back Again” Danfung Dennis and Mike Lerner

“If a Tree Falls: A Story of the Earth Liberation Front” Marshall Curry and Sam Cullman

“The Barber of Birmingham: Foot Soldier of the Civil Rights Movement” Robin Fryday and Gail Dolgin

“God Is the Bigger Elvis” Rebecca Cammisa and Julie Anderson

“The Tsunami and the Cherry Blossom” Lucy Walker and Kira Carstensen

“The Girl with the Dragon Tattoo” Kirk Baxter and Angus Wall

“The Adventures of Tintin” John Williams

“The Girl with the Dragon Tattoo” Ren Klyce

“The Artist” Written by Michel Hazanavicius

“A Separation” Written by Asghar Farhadi