LONDON – July 17, 2018 – Outright Games today announced that much-anticipated open world adventure game, Adventure Time: Pirates of Enchiridion, is available starting today on Nintendo Switch™, PlayStation®4, Xbox One™ and PC for $39.99.  Based on Cartoon Network’s award-winning TV series, Adventure Time, the game is rated E10 for Everyone and is  available at retail locations and first-party digital stores in the US starting today, July 17th and will launch globally July 20th.

The latest side-splitting adventure will have gamers setting sail as they play as Finn, Jake, BMO and Marceline to explore fan-favorite kingdoms and meet the beloved characters from Cartoon Network’s popular TV animation series, Adventure Time.

The game starts with a flooded Land of Ooo, in which familiar kingdoms are cut off from each other by rising waters. In their newly constructed boat, named Jeff, Finn and Jake set sail to investigate what the junk went down.

During their adventures, Finn and Jake will recruit friends to join their crew, jump into swashbuckling fights, interrogate characters for clues, and traverse the new and dangerous sea to locations across Ooo.

Adventure Time: Pirates of the Enchiridion Gameplay Features Include:

Adventure Time: Pirates of the Enchiridion is now available in the US on Nintendo Switch™, PlayStation®4, Xbox One™ and PC on July 17, 2018 and July 20, 2018 globally.

Founded in 2016, and based in the UK and US, Outright Games is a family business making family entertainment. We are passionate about creating great games with quality licenses, as we understand the value of brands, and the relationships they share with consumers. We use our expertise to create high-quality video games, combined with our ability to distribute on a global scale. Wherever the Outright Games logo is found, you can feel assured that the game will be suitable and fun for the whole family to play together.

Cartoon Network is Turner’s global entertainment brand and the # 1 animation network in the U.S., offering the best in original content for kids and families with such hits as, Adventure Time, The Powerpuff Girls, Steven Universe, We Bare Bears and The Amazing World of Gumball. Seen in 192 countries and over 400 million homes, Cartoon Network inspires the next generation of creators and innovators by engaging its audience at the intersection of creativity and technology. Its award-winning pro-social initiative, Stop Bullying: Speak Up is an acknowledged and often used resource for kids and adults looking for tools that can assist in dealing with the ongoing issue of bullying.

Cartoon Network is part of Turner, a WarnerMedia company, a global entertainment, sports and news company that creates premium content and delivers exceptional experiences to fans whenever and wherever they consume content. These efforts are fueled by data-driven insights and industry-leading technology. Turner owns and operates some of the most valuable brands in the world, including Adult Swim, Bleacher Report, Boomerang, Cartoon Network, CNN, ELEAGUE, FilmStruck, Great Big Story, HLN, iStreamPlanet, Super Deluxe, TBS, Turner Classic Movies (TCM), TNT, truTV and Turner Sports. 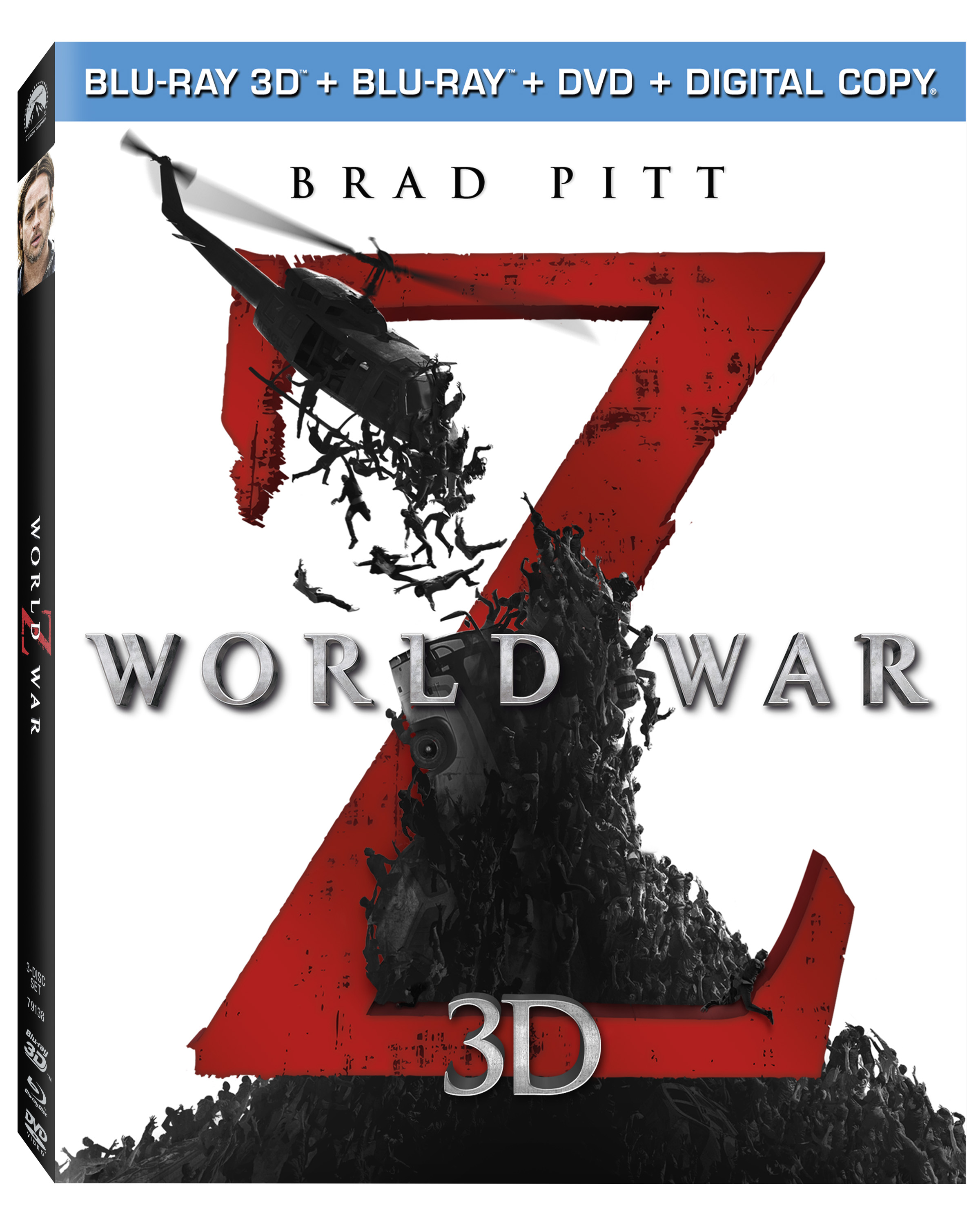 HOLLYWOOD, Calif.  – August 2, 2013 –  “The suspense is killer!” (Peter Travers, Rolling Stone) in the fast-paced, pulse-pounding epic WORLD WAR Z, debuting on Blu-ray, Blu-ray 3D™, DVD and On Demand on September 17, 2013.  The pandemic begins one week early on Digital September 10th.  Due to overwhelming demand, the film has been digitally re-mastered into the immersive IMAX® 3D format and will be released in select IMAX theaters domestically for an exclusive one-week running beginning today.

Starring international superstar Brad Pitt and based on the best-selling and wildly popular novel, WORLD WAR Z took audiences by storm and was hailed by critics as   “thrilling, epic and spectacular” (Owen Gleiberman, Entertainment Weekly) and the “most gratifying action spectacle in years!” (David Denby, The New Yorker).  The tense and thrilling film follows a former United Nations investigator (Pitt) as he helps stop the chaotic pandemic that has gripped populations around the world.  WORLD WAR Z features stunning visual effects and edge-of-your-seat action and suspense that take the Zombie apocalypse phenomenon to a more extreme and electrifying level.

“I’m really excited for fans to see the new unrated version of WORLD WAR Z on Blu-ray,” said producer and star Brad Pitt.  “We were thrilled with the audience response to the film in theaters and wanted to give viewers even more of the action and intensity that they loved when they watch the film at home.”

WORLD WAR Z will be available on Blu-ray Combo or Blu-ray 3D Combo with an Unrated Cut packed with even more thrills and action too intense for theaters, along with the theatrical version of the film.  The combo packs feature UltraViolet™ and boast in-depth looks at the making of the film, the seamless blending of practical and digital effects, the science behind the Zombie outbreak and much more.  The film will also be available as a single-disc DVD.

o   Outbreak—Go on set with Brad Pitt and director Marc Forster for a behind-the-scenes look at the film’s breathtaking first attack in Philadelphia.

o   The Journey Begins—Delve deeper into Gerry’s fight for survival during the dramatic escape in South Korea.

o   Behind The Wall—Explore the epic scene in Jerusalem and discover the incredible logistics of creating the elaborate stunts and crowd sequences.

o   Camouflage—Experience the final confrontation between Gerry and the Zombies and discover the phenomenal scope of the film’s production.
DVD

The Blu-ray releases available for purchase will be enabled with UltraViolet, a new way to collect, access and enjoy movies.  With UltraViolet, consumers can add movies to their digital collection in the cloud, and then stream or download them – reliably and securely – to a variety of devices.