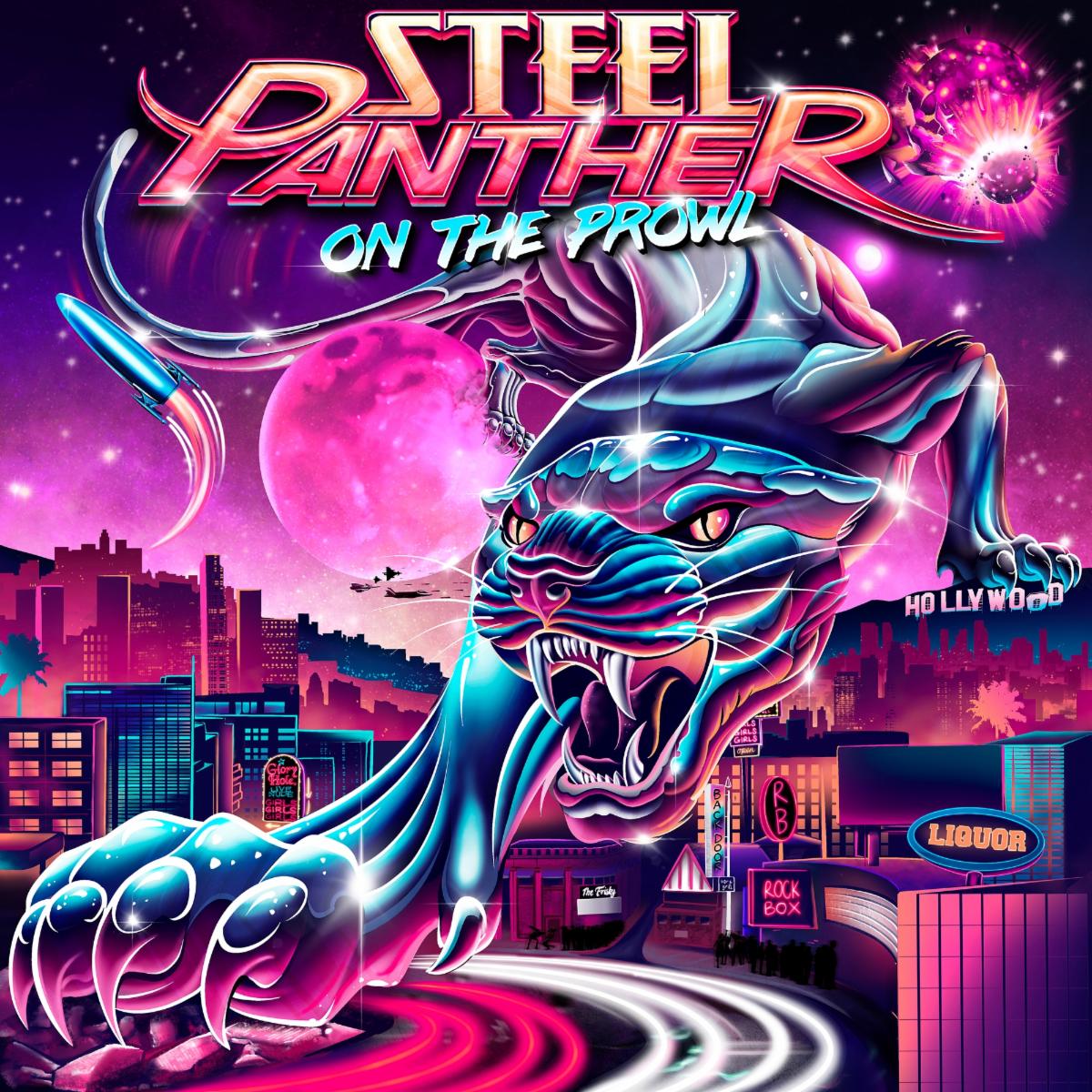 Band Announces On The Prowl World Tour 2023 For Next Year

Sixth Studio Album On The Prowl Scheduled For Release On February 24, 2023 https://lnk.to/Panther_OTP

With the recent announcement of their sixth studio album On The Prowl and the launch of their “Who’s Your Daddy(‘s Jokes)” series on YouTube, California rock legends Steel Panther have released another song from the upcoming album available worldwide on February 24, 2023. “1987” is a reflective look at one of the greatest years in rock music supported by unforgettable hooks, relatable lyrics and fretboard fireworks. Satchel, Michael Starr, Stix Zadinia and Spyder pay homage to the icons of the year including Guns N’ Roses, Poison, Whitesnake, Ozzy Osbourne and Van Halen to name a few. The music video was directed by longtime collaborator J.T. Arbogast and follows a young duo who find an abandoned recording studio. When one of the kids plugs in a hidden 1987 pedal (available for purchase here), he is transported to the time in the studio when Steel Panther recorded the song and lives the memories of 1987 in his own way. The music video can be seen here: https://youtu.be/HewOSY1XLLQ.

To celebrate the release of “1987,” Steel Panther is also announcing a massive world tour in support of their latest release. The On The Prowl World Tour 2023 is set to kick off in February and will run throughout North America through April. Crobot and Tragedy will be joining the band on the North American tour. The band will take a short break before bringing the party to the United Kingdom and Ireland in May. These new shows will be added to the 2022 year-end dates in Vancouver and the warmup weekends in January 2023 that were previously announced. Additional Information on all ticket and VIP packages including meet and greets, exclusive merch items, early entry and more for the On The Prowl World Tour 2023 can be found here: https://steelpantherrocks.com/pages/tour.

On The Prowl World Tour 2023 Dates

On The Prowl was produced by Steel Panther and is now available for pre-order in multiple configurations including CD, Cassette, and 2 different color variant vinyl records here: https://lnk.to/Panther_OTP. From the opening synth intro of “Never Too Late (To Get Some Pu**y Tonight)” to the thunderous outro of “Sleeping On The Rollaway,” Steel Panther is back with the infectious riffs, pounding drums, unforgettable vocals alongside the witty humor that has earned them a global audience. Songs like “On Your Instagram,” “Magical Vagina” and “One Pump Chump” are sure to fit in on the biggest live stages next to the band’s most-memorable songs. “1987” is an incredible retro look at that unforgettable year and the band even slows things down on the reflective “Ain’t Dead Yet.” A music video for “Never Too Late (To Get Some Pu**y Tonight) was previously released and can be seen here.

The track listing for On The Prowl is:

As Steel Panther has ventured into the musical instrument space with the successful release of three guitar pedals: the legendary Pu**y Melter, Poontang Boomerang and Butthole Burner; the band is back with another must-have piece of gear – the 1987 pedal. The pedal is a combination distortion and delay pedal that can give any guitarist the signature sound of that classic year. The pedal will retail for $198.70 (see what we did there?) and as only Steel Panther can describe: “With the grit of 100 chainsaws and the ability to repeat itself more than that super stoned dude from Chemistry Class, it is truly the ultimate badass accessory…next to eyeliner.” The 1987 pedal is available for order here: https://steelpantherrocks.com/collections/on-the-prowl.