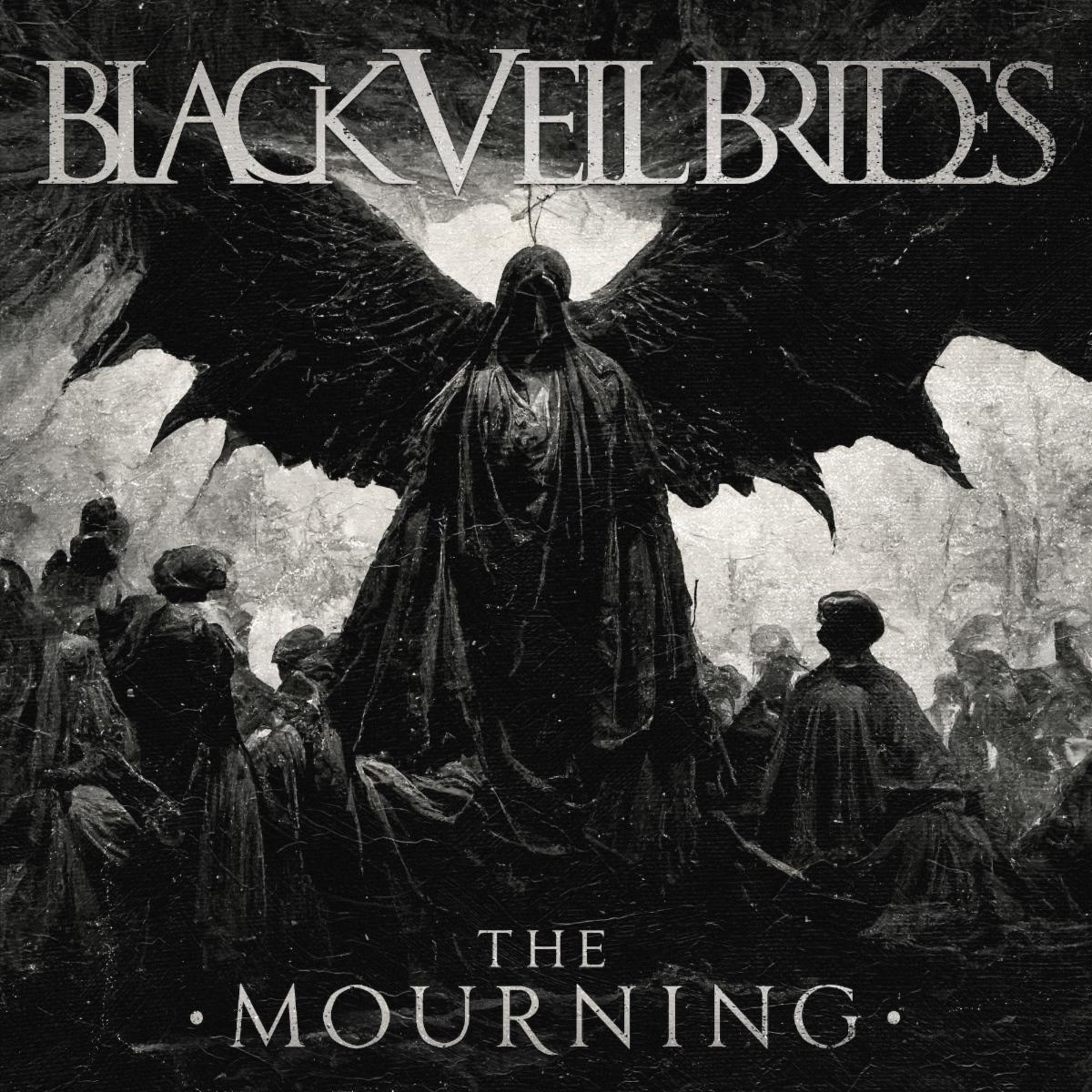 Band currently Co-Headlining The Trinity of Terror Part 3 Tour With
Ice Nine Kills and Motionless in White – Ticket Info Can Be Found At: https://trinityofterrortour.com/

On the heels of the recent release of their digital EP The Mourning last month, Black Veil Brides have released a music video for opener “Devil.” The high energy track has become a fan favorite on the band’s current tour solidifying its place among other hits from the group comprised of Andy Biersack, Jake Pitts, Jinxx, Lonny Eagleton and Christian Coma. The video was filmed during the band’s performance in Mexico City on October 26, 2022. The video was directed by longtime visual collaborator Edwin Daboub. The video for “Devil” can be seen here: https://youtu.be/l0cRT1ehiSM.

The band is also releasing new limited-edition “Devil” inspired holiday merch. Only 100 pieces of each design are available in this limited run of designs. All items are available for purchase here: https://shop.blackveilbrides.net.

From the opening guitar riff of “Devil” to the driving outro of “Better Angels,” Black Veil Brides showcase the sound that has garnered them an army of loyal supporters around the globe. The debut single “Saviour II” has crashed in to the Top 50 at Active Rock radio in just two weeks since it was released. The song has amassed over 3-million collective streams in less than a month of its release. The video for “Saviour II” can be seen HERE and the single is available to listen to HERE. The video was directed by Vicente Cordero (Cradle of Filth, Suicide Silence and David Hasselhoff) of Industrialism Films. The Mourning was produced and mixed by Erik Ron (Godsmack, Bush and The Faim) and can be found here:https://sumerian.lnk.to/TheMourning.

The track listing for The Mourning is:
1) Devil
2) Saviour II
3) The Revival
4) Better Angels

Late last year, the band released The Phantom Tomorrow to critical and fan acclaim alike. The album was the 3rd concept album from Black Veil Brides and was the band’s most-ambitious release to date. The Phantom Tomorrow is comprised of a dozen tracks and has spawned the band’s first-ever US Top 10 Active Rock single, “Scarlet Cross” which has been streamed over 25 million times. The video for “Scarlet Cross” has been viewed over 11 million times and can be seen here: https://youtu.be/G2A9Bbjlg84. The band has also released videos directed by Andy Biersack for “Fields Of Bone” (https://youtu.be/JR37XyIXqPg) and “Torch” (https://youtu.be/qyhJ7MRBOyo).

Black Veil Brides is currently out on the Trinity of Terror Part 3 Tour. The band is co-headlining the third North American trek alongside Motionless In White and Ice Nine Kills. The list of remaining tour dates is below, and all VIP package and ticket information can be found at: https://trinityofterrortour.com.