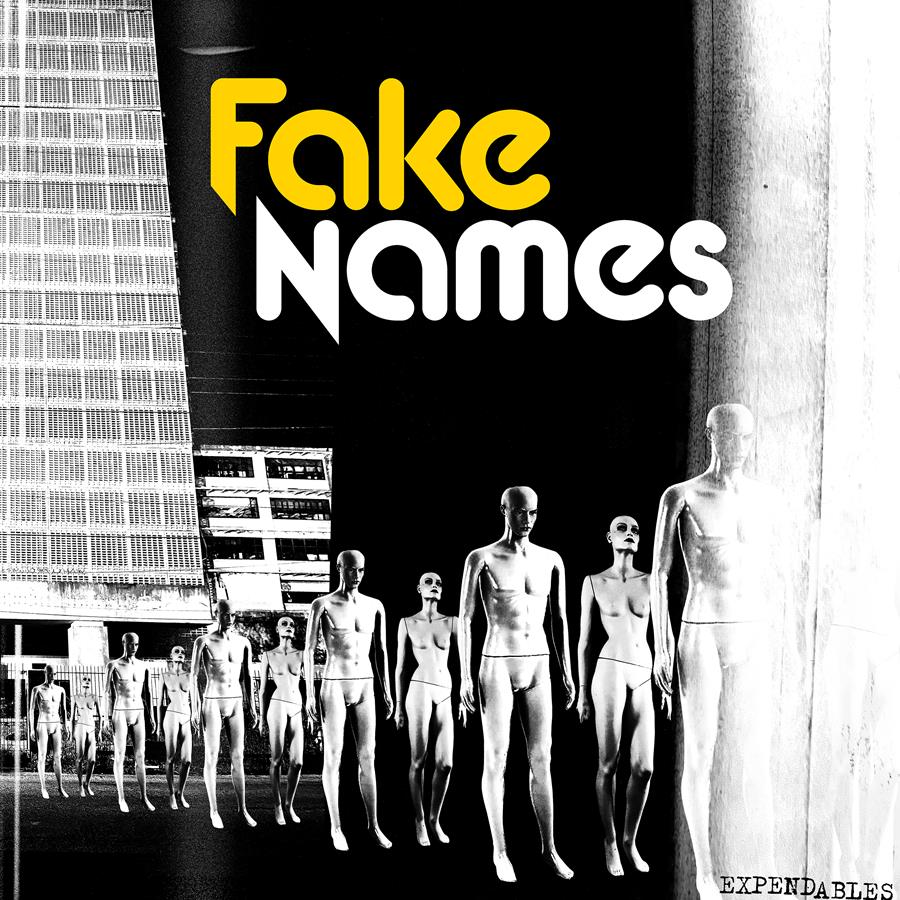 Today, post-hardcore dream team – Fake Names – announce their second studio album, ‘Expendables’ for release on March 3rd, 2023 via Epitaph Records. The band is comprised of members Brian Baker (Minor Threat, Bad Religion, Dag Nasty), Michael Hampton (S.O.A., Embrace), Dennis Lyxzén (Refused, INVSN, The [International] Noise Conspiracy), Johnny Temple (Girls Against Boys, Soulside) and newest addition Brendan Canty (Fugazi, Rites of Spring). It’s the latest exchange in a musical conversation that spans four decades, but instead of rehashing the past, ‘Expendables’ is a reinvention that sees the band dialing back the distortion and leaning into the melodies.

LISTEN TO “DELETE MYSELF” NOW

Forming in 2016, Brian Baker describes Fake Names as a “mutual admiration society,” saying that once the five members got in the same room together, it felt as if they had already been in the band together for years. “There’s this intangible energy, a clairvoyance that comes from our shared experience,” he explains. On ‘Expendables,’ the result pairs their unparalleled pedigree with a pop sensibility that’s slightly unexpected and wholly satisfying.

Melding 70’s U.K. punk with power-pop and classic rock, the Fake Names’ self-titled debut album (2020) was actually a demo that Epitaph founder and Baker’s Bad Religion bandmate, Brett Gurewitz, wanted to release as is. After releasing a three-track EP in 2021, the band enlisted producer Adam “Atom” Greenspan (IDLES, Yeah Yeah Yeahs) who helmed a surprisingly cleaner sound for Expendables. Baker says, “The pop influences are a little more out front on this one and the production really helps it shine. It sounds more direct, more urgent.”

There’s also an economy to these songs that’s rooted in the fact that they were recorded in the span of a week, eliminating the option to add excess instrumentation or arrangements. What ensues is an album that retains the members’ purity of vision in a strikingly refreshing way.

Speaking to lyrical themes, Baker discloses, “In general, Dennis writes about revolution, and Michael and I write pop songs. I’m amazed at how it works, but somehow it strikes the right balance of salty and sweet.” This imagery is paralleled in the album artwork which Baker describes as “70’s dystopian” and features an eerie army of mannequins set against a cold urban backdrop. That dichotomy of lively music and bleak imagery is an important thematic element of Expendables because the album is more than just a collection of catchy songs: it’s an artistic statement about our own impermanence.

Fake Names will be on tour next Spring 2023, starting off on April 13th in Asbury Park, and ending April 23rd in Los Angeles. Tickets go on sale this Friday, November 18 @ 10am local time.