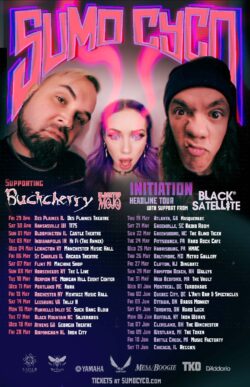 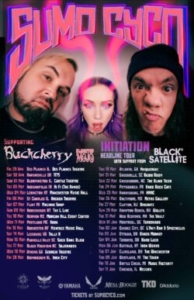 After setting the music world ablaze last year with the release of their mind-bending latest full-length album, Initiation, fans have been chanting for SUMO CYCO to return to the road. Now, their calls have been answered with the announcement of a slew of US and Canadian tour dates, beginning April 29! The first half of the tour sees SUMO CYCO supporting rock icons Buckcherry and special guests Blacktop Mojo, while the second half will feature SUMO CYCO headlining all dates with support from Black Satellite.

Tickets for all dates are on sale Friday, February 25 at 10:00 AM EST. See below for all confirmed shows – several of which see SUMO CYCO returning for their first headliners in cities they appeared in with Jinjer in 2019.

Frontwoman Skye “Sever” Sweetnam says about the upcoming tour:
“We are beyond excited to get back out on the road after two years! We feel like it’s about time we reconnect with all of you in person and start the party again! We have the privilege of joining Buckcherry for some dates as well as taking the reins for our first headline shows in many cities. We’re as hungry as the fans are for live music to thrive again. So watch out, we’ll be blaring our Cyco sounds to a city near you!”

About SUMO CYCO and Initiation:
Over the course of the past several years, Ontario, Canada’s SUMO CYCO – featuring teen pop-superstar/songwriter turned rock goddess Skye “Sever” Sweetnam as well as producer/guitarist Matt “MD13” Drake and bassist Oscar Anesetti – have proven themselves as one of the hardest working DIY-to-overnight sensation stories in heavy music, boasting an undeniable following of fans with their impressive mixture of metal, pop and everything in between. Even after garnering early viral acclaim and signing to Napalm Records in 2020, the band’s seasoned DIY attitude and self-starting viral savvy continues to propel their creativity at every step, converting audiences all around to their infectious world of sound!

Prior to signing with Napalm Records, SUMO CYCO won awards such as “Best Female-Fronted” band at the Toronto Independent Music Awards, top finalist in the John Lennon Songwriting Competition, Indie Week Canada “Best of the Fest” (prize included a trip to play Indie Week Ireland), as well as Best Hard/Loud Recording at the Hamilton Music Awards 2015. The band has shared stages with The Offspring, Coal Chamber, Our Lady Peace, Life of Agony, Hollywood Undead, Jinjer, The Birthday Massacre, Nonpoint, Butcher Babies, and FOZZY to name a few.

After launching their most recent, breakout album Initiation (2021) with the hooky hit “Bystander” (which recently hit the 1 million views mark on YouTube) it was immediately clear that SUMO CYCO is lightning in a bottle. Garnering hundreds of thousands of cross-platform streams and nearly instantaneous, rabid response to their self-produced music videos, the band turned the heads of fans and critics alike! Alternative Press dubbed SUMO CYCO a “New Artist You Need To Hear” and Kerrang called the album “a breathless blur of energy and action”. Revolver praised the band’s first single as “…ridiculously catchy…” and SiriusXM’s Jose “Metal Ambassador” Mangin, who said “…the chorus will stick in your head for days to come…”, went on to feature it on Octane and Liquid Metal. Upon release, the album landed at #1 on both the Canadian and UK iTunes Metal Charts, and within the top 5 in the United States. 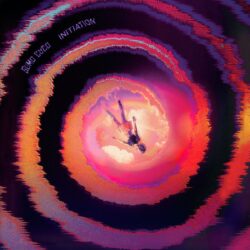 Initiation invites a mass of new followers into SUMO CYCO’s warped, dystopian-like world of “Cyco City”! As with their prior full-length albums Lost In Cyco City (2014) and Opus Mar (2017), and countless singles, Initiation is based in the imaginative conceptual location of the same name. Last fall, SUMO CYCO took the album a step further and dropped the official Digital Deluxe Edition of Initiation, featuring peppy new single “Sun Eater”, plus additional limited edition tracks “New Jive”, “We Are The Nation” and “Awakened”.