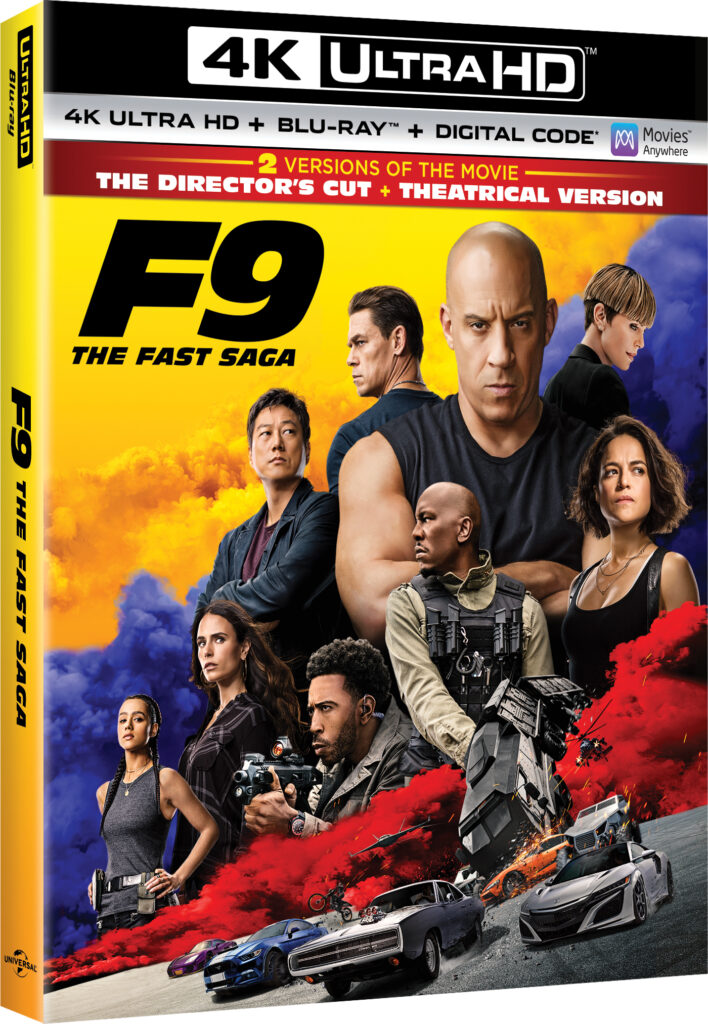 To celebrate the digital release for “F9: The Fast Saga”, Media Mikes would like to give our fans a chance to win three (3) digital copies of the film, redeemable on Movies Anywhere. The digital copy features the never-before-seen extended Director’s Cut and a bunch of bonus features including the gag reel, behind-the-scene featurettes and more.

If you want a chance to win, please leave a comment below or email us with your favorite character from “The Fast Saga”. This giveaway will remain open until September 21st at Noon, Eastern Time. This is open to our readers in US only. One entry per person, per household. All other entries will be considered invalid. Media Mikes will randomly select winners. Winners will be alerted via email.

The Fast family returns in the latest adrenaline-charged installment with a never-before-seen Director’s Cut of F9.  The blockbuster film has generated more than $600 million worldwide and now fans can own the global box-office phenomenon that features “unbelievable, jaw-dropping action” (io9) on Digital September 7, 2021 and on 4K Ultra HD, Blu-ray™ and DVD on September 21, 2021 from Universal Pictures Home Entertainment. Featuring the original theatrical release, the Director’s Cut and more than an hour of exclusive bonus content – including a behind-the-scenes look at the gravity-defying stunts and nitro-charged cars, a gag reel and even more justice for Han – fans can now add F9 to their collection to watch again and again!

Dom Toretto (Vin Diesel) thought he’d left his outlaw life in the rear-view mirror, but not even he can outrun the past. When his forsaken brother Jakob (John Cena, Bumblebee) unexpectedly resurfaces as an elite assassin, the crew comes back together to help Dom confront the sins of his own past and stop a world-shattering plot. Franchise veteran Justin Lin returns to the director’s seat for F9 and delivers this supercharged version of the hit film. From extended action to spectacular scenes that weren’t shown in theaters, F9: The Director’s Cut explodes with additional content that can only be experienced on home entertainment!

F9 will be available on 4K UHD, Blu-ray™, DVD and Digital.