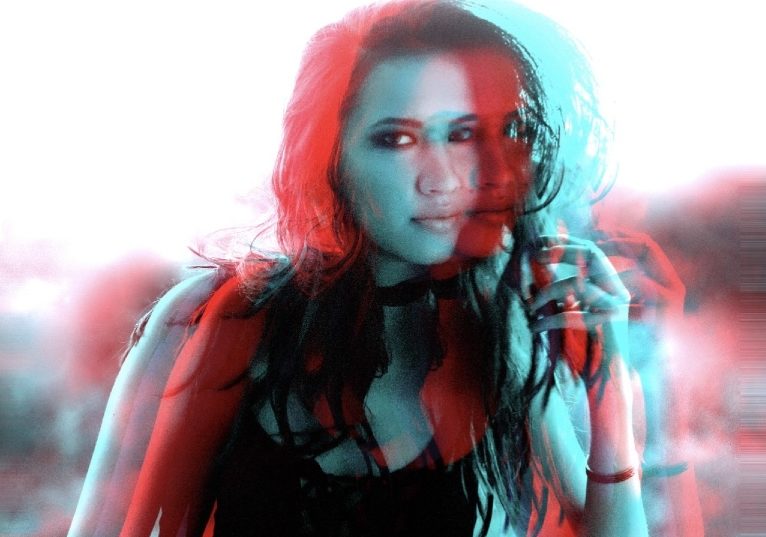 Malia J is a singer, songwriter with nearly 2 million views on YouTube and an astounding 3 million streams on Spotify. Malia J’s works have appeared in series such as “The Handmaid’s Tale”, “Night Stalker: The Hunt for a Serial Killer” and most recently Marvel’s “Black Widow” starring Scarlett Johansson. Media Mikes had the chance to speak with Malia J recently about how she got her start in music, the idea behind her style and her upcoming debut EP titled “Reflections”.

Adam Lawton: Can you give us some background on how you first became interested in music?

Malia J: When I first got involved with music goes back to about the time, I was four years old. My mom heard me singing in the car and thought that I had a voice like an angel, so she immediately put in voice lessons. As I got older, I sang in choir and in middle school I took up the oboe. During this I got scholarships to go to Interlocken Arts Academy during the summers and continued to sing at my local church. While I was doing that, I met a touring artist by the name of Paul Wilbur. I was singing and playing oboe and he asked me to go on tour with him. While on tour I realized that I just didn’t want to only do singing and oboe. During the tour one of the lead singers had gotten sick and that’s when I realized how much I enjoyed singing lead. When I got home that’s when I made the decision that I wanted to be a professional musician.

AL: At what time did you start writing your own material?

MJ: I had started writing while I was out on tour. About halfway through the tour I started opening for Paul Wilbur. Paul gave me the opportunity to choose a guitarist to come along with me, so I invited this guy I really like but when it came time to head to Italy this guy didn’t end up going. I was very upset that I had gotten stood up. I started writing about my feelings towards these events and ended up picking up the guitar since this guy didn’t show up.

AL: Were you writing primarily based off your orchestral experience?

MJ: I would say a lot of it came from me journaling. I wanted to make what I was writing down into music and add melody to these entries and poems. I think being classically trained gives you an extra layer of knowledge when it comes to music. During the time you are training you spend many hours working on music. I think that training certainly helped me with my song writing.

AL: At what point did the idea of re-working popular songs into your own style come about?

MJ: That came around the same time as when I was covering these songs. I was living in Los Angeles and writing pop songs. I knew I wanted to be an artist and write songs. These pops songs were the typical kinds you hear on the radio but, they just weren’t clicking with the labels or people I would show them to. From there I started covering songs with a darker production style and that really started coming together when I met Think Up Anger. At the time he was just doing sound effects for different productions and we decided to do a song. I laid the song out in this dark way and he produced it so that’s how the sound was created.

AL: How does the writing and arrangement process work for you?

MJ: I generally start with deciding what song we are going to cover. I will then lay it out on the piano or guitar. From there I will take it to a producer, and they will start adding all the eerie sounds. I like to experiment as much as I can but the key to the song is very important. I always want to make sure that I am staying true to the meaning of the song.

AL: How do you go about selecting a song?

MJ: “Smells Like Teen Spirit” started out as an experiment. We had already done a couple other songs in this style and I had the idea to try this Nirvana song. It’s one of my favorite songs and Think Up Anger thought it was a good idea. That choice came out of loving that song so much. Other times Think Up Anger and I choose songs based on if we think they could be creepy or not. (Laughs) With music lyrics can be dark and emotional yet have fun production behind them. I tend to lean toward songs that are cool and beautiful that even after we make them creepy people will still recognize them.

AL: When did the option to have these songs submitted for film use come along?

MJ: When we started doing these Think Up Anger and I both agreed that it could be fun to send these songs out for use in films and television. We sent them first to a couple different companies and trailer houses. The first one I ever got was for Discovery Channels “Racing Extinction” which is part of Shark Week. What’s cool is I think we were one of the first people to experiment in this way. We like to call it “Cine-Pop”.

AL: I know you are working on releasing your debut EP. Can you tell us about that?

MJ: Having been creating now for many years I believe these are the best songs I have put together. Lots of things inspire me. From heartbreak and anxiety to female empowerment those are all topics I cover. The most recent song written for the EP was done after learning about black widows and that’s titled “She’s the One”. The production is very similar to that of “Smells Like Teen Spirit”. There are songs some songs that have more pop elements to them as well. I worked with an incredible song writer named Charlie Midnight. He wrote the song “Living In America” that James Brown sang. I met him on the Sunset Strip one day and we decided to work on this song “If You Had Me”. I am very excited about that one.

AL: Aside from the upcoming EP release do you have any other projects in the works that we can be watching for?

MJ: I have two music videos’ coming out one of is for “Smells Like Teen Spirit”. That one is being edited as we speak. Everyone is working hard to get this video out. The other video is going to be for the single I choose and that will be an original song. I also have a livestream with Amazon that is scheduled for August 10th at 2pm PST. I am very excited for that.

For more information on Malia J you can visit @Maliajmusic across all social media platforms and at her official website at www.maliajmusic.com