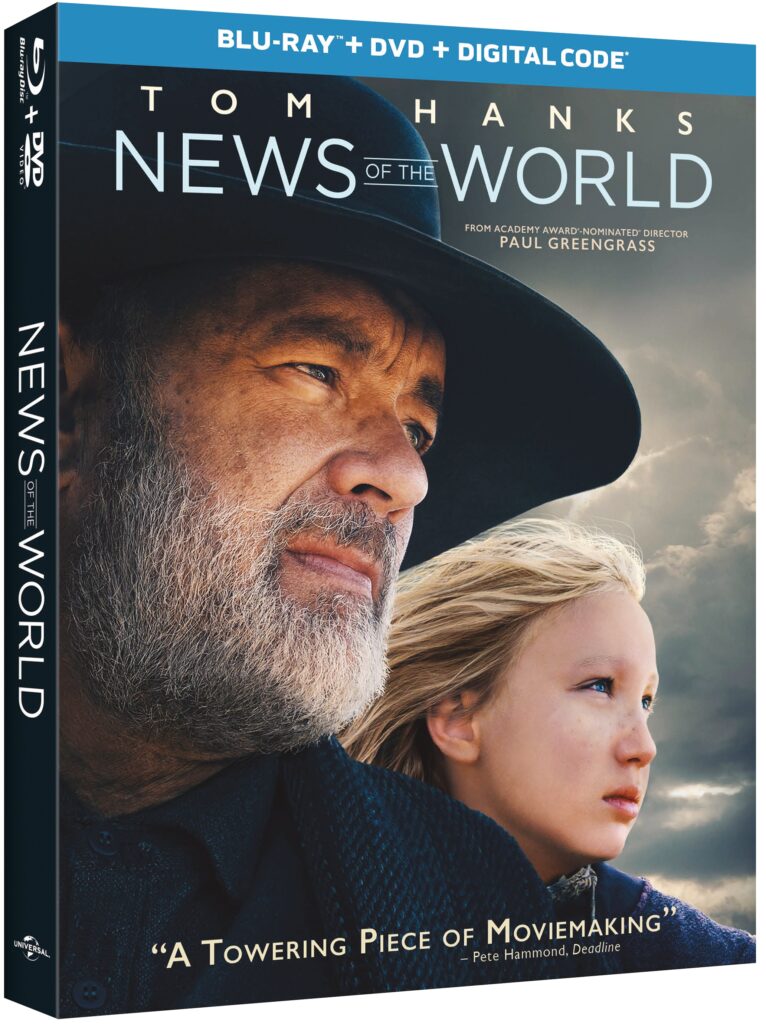 To celebrate the Blu-ray Combo Pack release for “News of the World”, Media Mikes would like to give our fans a chance to to win one Blu-ray combo pack. If you want to win this great prize, please leave a comment below or email us with your favorite Tom Hanks movie. This giveaway will remain open until March 31st at Noon, Eastern Time. This is open to our readers in US only. One entry per person, per household. All other entries will be considered invalid. Media Mikes will randomly select winners. Winners will be alerted via email.

Embark on an adventure of epic scope and sweeping scale through the merciless terrain of the West in NEWS OF THE WORLD, available to own for the first time on Digital March 9, 2021 and 4K Ultra HD, Blu-ray™ and DVD on March 23, 2021 from Universal Pictures Home Entertainment. Based on the best-selling novel by National Book Award Finalist Paulette Jiles and starring Academy Award®–winner Tom Hanks, NEWS OF THE WORLD is “a classic true-grit Western” (Entertainment Weekly) and “towering piece of moviemaking” (Deadline) reuniting Hanks with BAFTA Award®-winning and Oscar®-nominated director Paul Greengrass for the first time since Academy Award®-nominated CAPTAIN PHILLIPS.

Five years after the Civil War, Captain Jefferson Kyle Kidd (Tom Hanks – Captain Phillips, Saving Private Ryan) moves from town to town as a non-fiction storyteller, sharing the news from the far reaches of the globe. In the plains of Texas, he crosses paths with a 10-year-old girl (Helena Zengel – Systems Crasher, Die Tochter) taken in by the Kiowa people and raised as one of their own. Kidd agrees to deliver the child where the law says she belongs. As they travel hundreds of miles into the unforgiving wilderness, the two face tremendous challenges of both human and natural forces as they search for a place they can call home in an “extraordinarily moving” (Washington Post) and “visually stunning film” (Associated Press).

14 Replies to “Enter to Win a Copy of “News of the World” Blu-ray Combo Pack!”