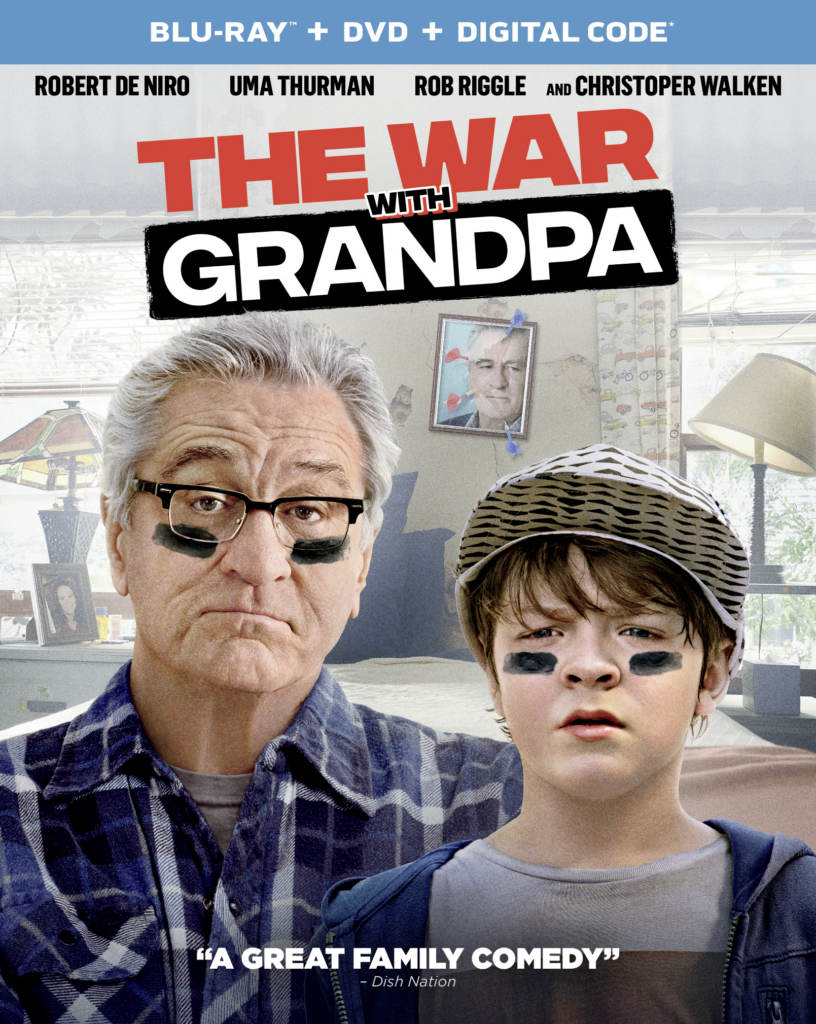 To celebrate the release for “The War with Grandpa”, Media Mikes would like to give our fans a chance to to win one of 15 Blu-ray’s. If you want to win one of these, please leave a comment below or email us with your favorite Robert Deniro film. This giveaway will remain open until December 28th at Noon, Eastern Time. This is open to our readers in US only. One entry per person, per household. All other entries will be considered invalid. Media Mikes will randomly select winners. Winners will be alerted via email.

It’s the wise guy vs. the pint size when Robert De Niro gears up for an epic prank battle in the hilarious and heartfelt family comedy The War with Grandpa.  Featuring an all-star cast including Rob Riggle, Jane Seymour and Christopher Walken, ring in the holiday season and get ready to laugh-out-loud with The War with Grandpa now yours to own or gift on Digital and on Blu-ray and DVD on December 22nd from Universal Pictures Home Entertainment.