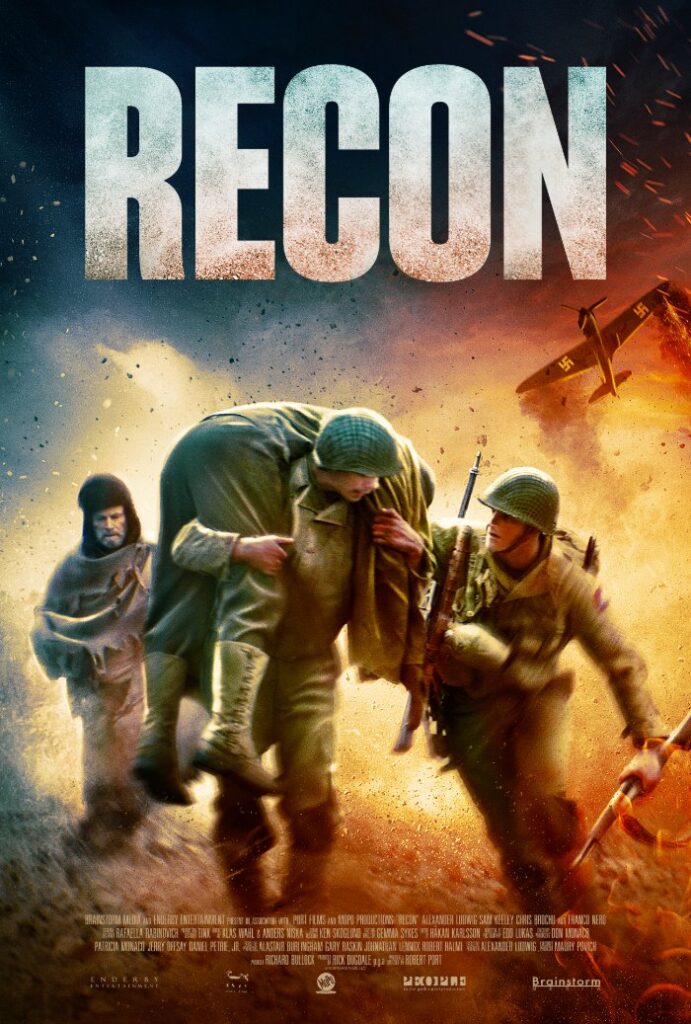 Available on VOD, including Apple TV, Prime Video and FandangoNOW

While it may lack traditional star power on the marquee or an expansive budget that is more than what a small country spends in a year, the World War II flick “RECON” is nevertheless an intense, historical drama ripped from the horrors of combat. Based upon the 2008 novel “Peace” by American author Richard Bausch, who received the W.Y. Boyd Literary Award for Excellence in Military Fiction from the American Library Association, “RECON” is a well-written work with a standout lead performance by Alexander Ludwig (“Vikings,” “The Hunger Games”).

Inspired by true events, the story takes place near the mountainous area of Cassino, Italy during one long day in the winter of 1944. It begins with a punch to the face as an American squad encounters a Nazi officer trying to hide in a villager’s cart. Gunshots are exchanged. Two Americans and the Nazi officer lay dead in the road. But that is not the end. The squad’s sergeant mercilessly slaughters the Nazi officer’s unarmed wife, much to the horror of his men.

When the sergeant realizes he may be ratted out, he orders four potential troublemakers – Corporal Marson (Ludwig) and Privates Heisman (RJ Fetherstonhaugh, “21 Thunder”), Hopwell (Mitch Ainley, “Heaven is For Real”) and Asch (Chris Brochu, “The Vampire Diaries”) – to follow an elderly villager named Angelo (Franco Nero, “John Wick: Chapter 2”) on a reconnaissance mission to find Germans.

Up a lonely, snow and ice-covered mountain the four dysfunctional American GIs follow the mysterious Angelo, who is supposedly taking them to a German position. However, as they march on, the four gradually see that their sergeant was sending them on a suicide mission. Their resolve to turn the sergeant only grows but so do the dangers around them – the Germans, the weather, the terrain, and themselves.

Director Robert David Port, who co-won an Oscar for the 2003 documentary “Twin Towers,” does a brilliant job at capturing the horrors of war with a no punches pulled approach. There is nothing glorious. It is tragic, terrible and at times difficult to watch. The main American characters are a little stereotypical and generic, and most moments designed to be red herrings or genuine surprise are predictable.

Ludwig is superb with his role as a soldier on edge just wanting to somehow survive so he can return to his wife and young child back home. His emotional range and depth help with moving the story along and keeps our attention on the screen.

Overall, “RECON” may be a small tale, yet one that is worthy of the greatest generation.