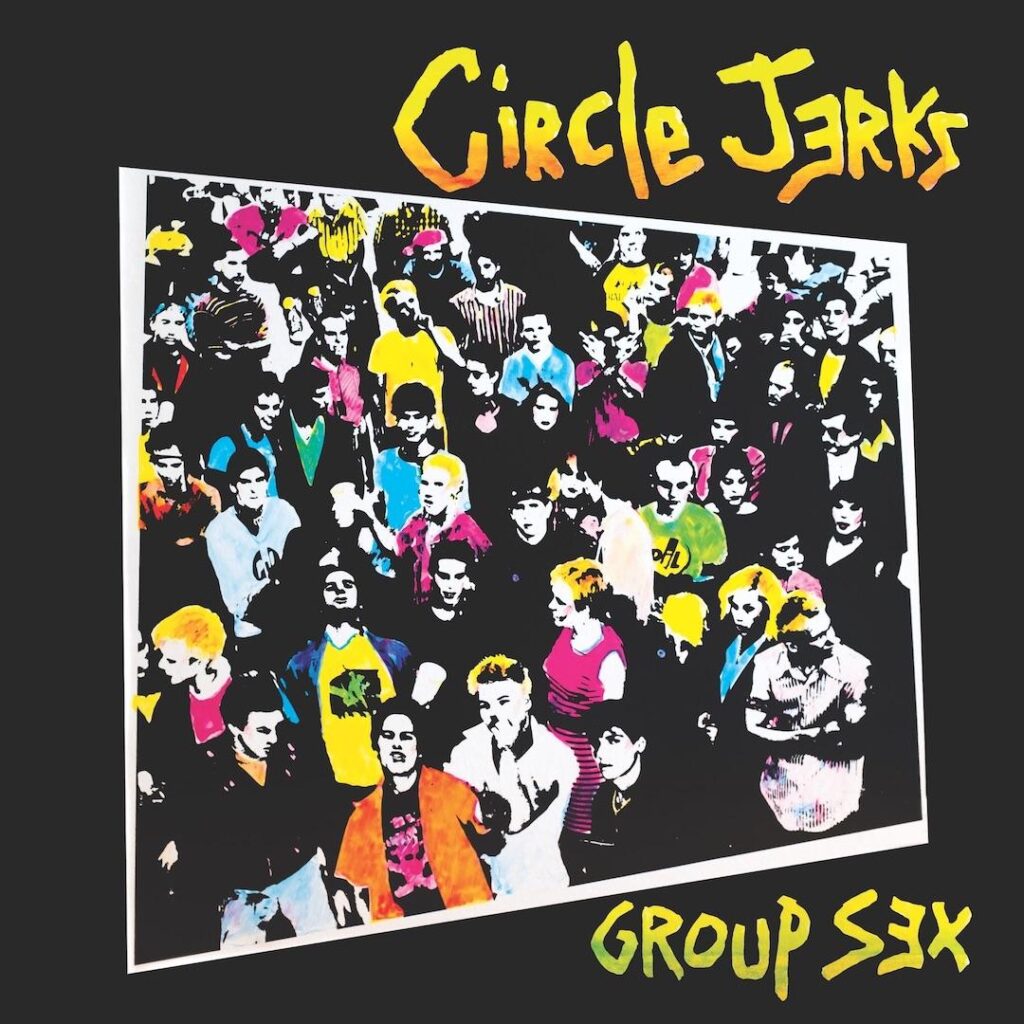 Clocking in at just over fifteen minutes (minus bonus tracks) “Group Sex” punches you right between the eyes just as it had in 1980. Buzz saw like guitars and thumping drums combined with the razor like approach of front-man Keith Morris “Group Sex” is a testament to 80’s era West-Coast Punk. Tracks like “Wasted”, “World Up My Ass” and “Live Fast Die Young” ring just as true now as they did 40 years ago when the world was a much different place. The franticness of “Deny Everything”, “Operation” and “Red Tape” are like contents under pressure as they violently burst through your speakers thanks to the albums re-master which provides just the right amount of sonic freshness and attack while not straying too far from the original.

Trust Records has done a great job with this release. Backed by the same DIY attitude that fueled the Circle Jerks and many other bands of the era the newly formed label is a fitting home for the 40th anniversary of “Group Sex”.  Included with the re-mastered album is a 20 page booklet full of rare photos and interviews which are housed in heavyweight card stock sleeves complete with lyrics for each of the fourteen tracks. If that wasn’t enough the release also includes 5 bonus tracks (What’s Your Problem, Red Tape, I Just Want Some Skank/Beverly Hills, Live Fast Die Young) which were originally recorded in Keith Morris’s mom’s garage in 1980. Certainly a nice little added bonus which only further adds to the necessity of this being in your collection.

5.) Back Against The Wall