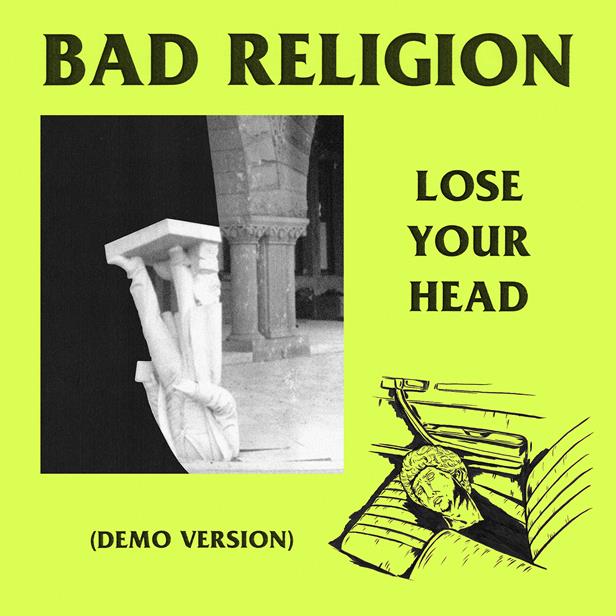 “Lose Your Head” is a fan favorite from Bad Religion’s critically acclaimed 2019 album Age of Unreason.  Today, the band is releasing a demo version of the song, with a faster tempo and alternate lyrics, that provides a unique glimpse into the band’s creative process.

Co-songwriters Brett Gurewitz and Greg Graffin developed this version of the song at Gurewitz’ home studio in Pasadena California.  When producer Carlos de la Garza was brought on board, he suggested trying a slower version.  The band liked both versions equally so, when they entered Sunset Sound to record Age of Unreason, they decided to work on basic tracks for both and choose later.  It was a close call but ultimately the band chose the slow version which is the one they completed.

This demo version is the result of taking previously unreleased rhythm tracks from the Sunset Sound sessions and combining them with the original home demo recordings to bring the fast version of the song to life.

Longtime fans will enjoy this rare look into the evolution of a Bad Religion song.

Last month, Bad Religionreleased their autobiography, DO WHAT YOU WANT: The Story of Bad Religion, written with their full cooperation and support. It reveals the ups and downs of the band’s 40-year career, from their beginnings as teenagers experimenting in a San Fernando Valley garage dubbed “The Hell Hole” to headlining major music festivals around the world. The book predominantly features the four principal voices of Bad Religion in a hybrid oral history/narrative format: Greg Graffin, Brett Gurewitz, Jay Bentley, and Brian Baker. It also includes rare photos and never-before-seen material from their archives.