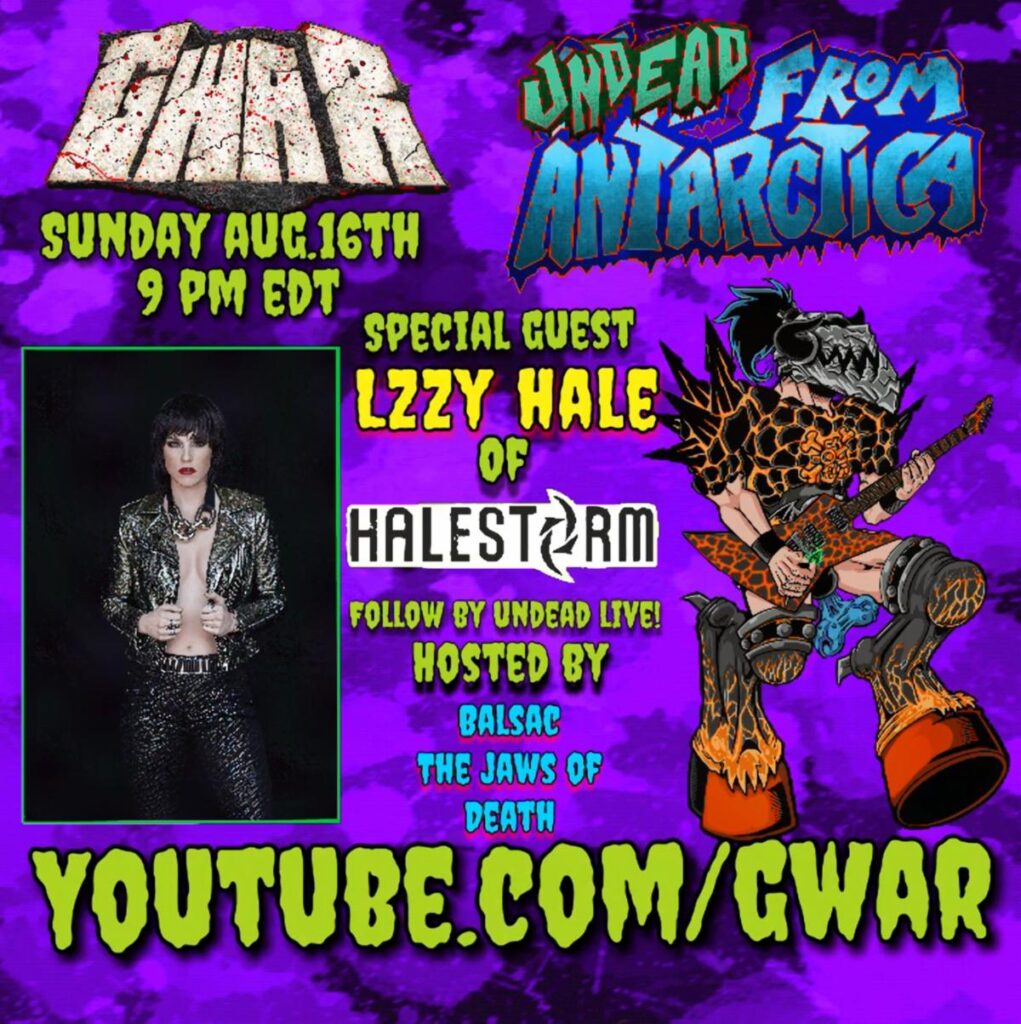 Been stuck at home in your mom’s basement since March? Tired of watching the same old shit on Netflix and Hulu? Have you had enough of Ancient Aliens, and the Tiger King? Ready to throttle that no-neck Danzig twin Big Ed from 90 Day Fiancé? GWAR has the solution! Your Lords and Masters are launching a brand new monthly variety show from their frozen fortress to warm the cockles of your cold dead hearts! “Undead From Antarctica” will premiere this Sunday at 9:00 PM Eastern, on GWAR’s YouTube Channel.

Watch a trailer for “Undead From Antarctica” HERE.

This is the show you’ve been hoping for ever since you went down the rabbit hole of “Phallus In Wonderland” so many years ago. You will be tortured by 30 minutes packed full of the sick and twisted entertainment you’ve come to expect from your lords and masters. In this episode you’ll get an in depth lessons on the History of GWAR, pound booze with JiZMak, witness an intimate conversion between Pustulus and Lzzy Hale of Halestorm, find your only real source for Fake News and if you are insanely lucky, you might be named as one of the Bohabs of the Week! And, oh yeah, did we forget to mention, we’ve got the X-COPS!!

If you survive the broadcast, airing immediately after UFA, you can enjoy the after-party: “Undead Live!” a live-cast where fans can ask questions of a member of GWAR and try to make sense of what will undoubtedly prove to be a confusing jumble of chaos. This week’s guest host will be BalSac the Jaws ‘o Death!

Sundays will be known as “Undead Night” from now on. Every second Sunday of the month will feature a new edition of “Undead From Antarctica ”, but you won’t have to spend the other 30 odd days missing your Scumdog Overlords, because on the intervening Sundays you will still get a new ”, where you can interact with GWAR from safely behind your computer screen.

In additional GWAR news the band will be releasing 30th anniversary versions of “Scumdogs of the Universe.” The album will be available on CD, Double LP, Cassette and digital and is available for pre-order HERE. The limited edition box sets are nearly sold out and the last few are available exclusively at http://www.gwar.net