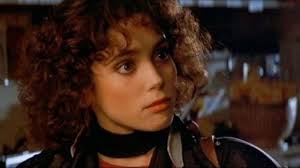 Stacey Nelkin is known best for her role of Ellie Grimbridge in “Halloween III: Season of the Witch”. She was also cast in “Blade Runner” as the the infamous “Sixth Replicant” but ended up being cut.

Media Mikes had a chance to chat with Stacey about Halloween III as well as her work with the Monty Python gang in “Yellowbeard” and working with Tony Danza and Danny DeVito and the orangutans in “Going Ape”.