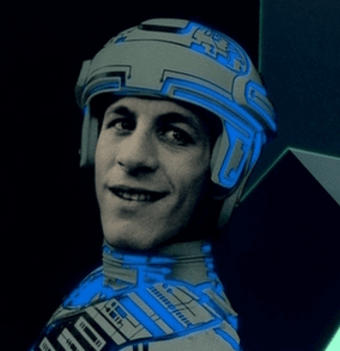 Dan Shor is know best for playing the supporting character Ram, in the movie, TRON. He also played the character Roy Kleinberg in the TRON: The Next Day epilogue to TRON: Legacy, a role that was reprised from TRON in which the character was listed as “Popcorn Co-Worker”. Besides being a veteran actor, he is also a director, writer and teacher with a career spanning 28 years.

Dan is also known for playing Billy the Kid in “Bill and Ted’s Excellent Adventure”. He also appeared “Star Trek: The Next Generation” and “Star Trek Voyager” playing Dr. Arridor.

Media Mikes had a chance to chat with Dan about these roles and reflect on the legacy of TRON.