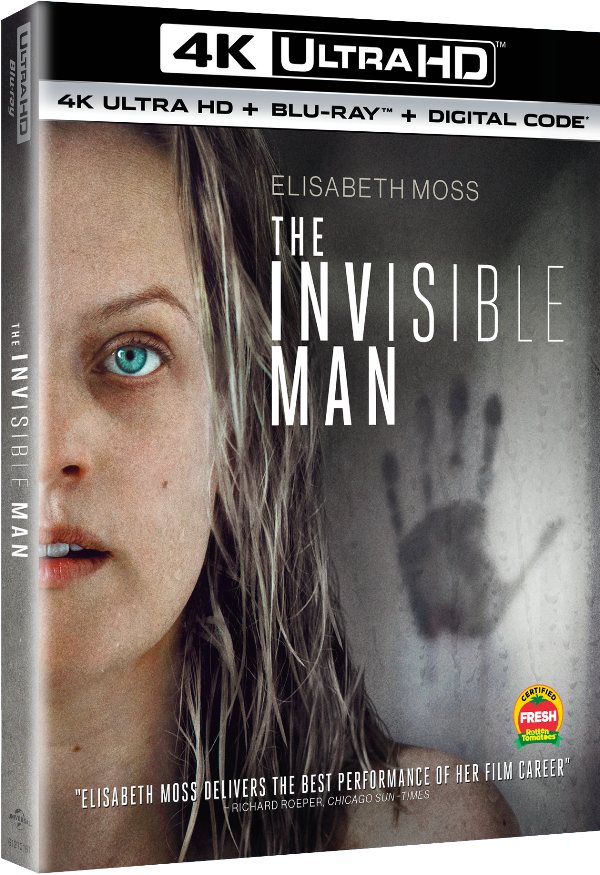 To celebrate the 4K Blu-ray Combo release for “The Invisible Man”, Media Mikes would like to give our fans a chance to to win one of two 4K Blu-ray combo pack copies. If you want to win this great prize, please leave a comment below or email us with your favorite Blumhouse film. This giveaway will remain open until May 25th at Noon, Eastern Time. This is open to our readers in US only. One entry per person, per household. All other entries will be considered invalid. Media Mikes will randomly select winners. Winners will be alerted via email.

THE INVISIBLE MAN follows a modern tale of obsession inspired by Universal’s classic monster character. Cecilia Kass (Elisabeth Moss) slowly begins to rebuild her life after the death of her abusive ex-boyfriend (Oliver Jackson-Cohen). But before long, she begins to question whether or not he is truly gone. In addition to the feature, THE INVISIBLE MAN delivers up twenty minutes of exclusive bonus content, including a chance to better get acquainted with the film’s leading actress: Elisabeth Moss, feature commentary with the writer/director and deleted scenes you won’t want to miss.