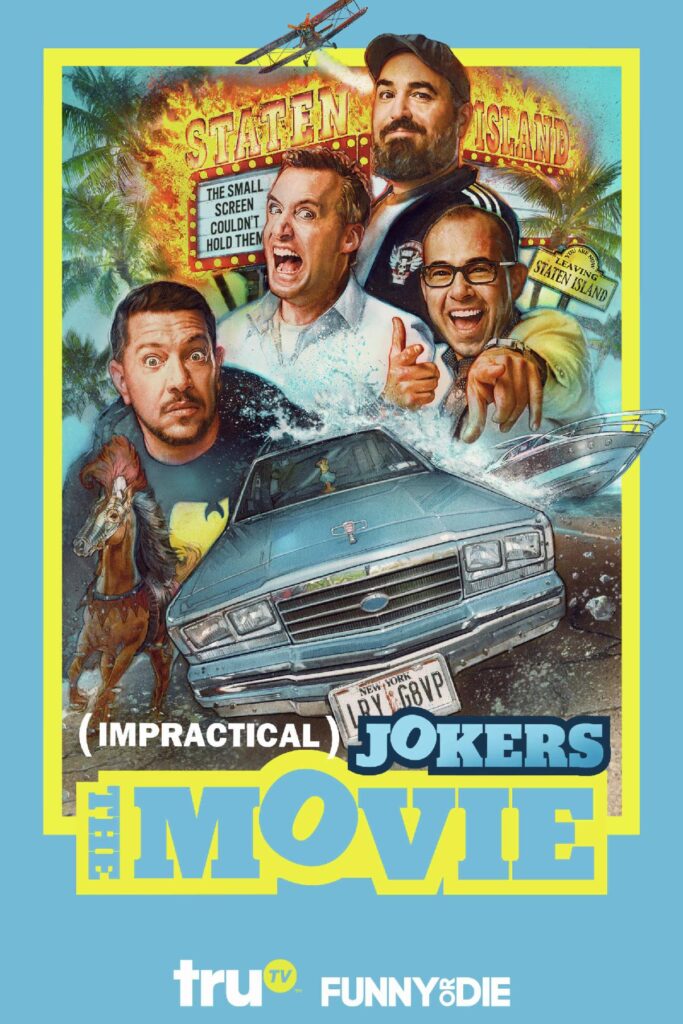 I have been fan of Impractical Joker since Season 1 but this movie falls flat and doesn’t really bring the laughs that I expected. If you aren’t familiar with Impractical Jokers, the TV show has been airing for years and stars real-life friends, James “Murr” Murray, Brian “Q” Quinn, Joe Gatto, and Sal Vulvano, that make each other play pranks with hidden camera challenges and whoever “loses” has to take a punishment. It’s a very funny TV series but the film fails to capture any of the shows magic.

With the fan base of the show as big as it is I was hoping for something on a much bigger scale. Instead the film feels like they threw a cheap narrative together mixed with the show’s practical jokes and punishments. It just doesn’t fit together. I also expected to see some bigger cameos from other celebrities, who we got instead are Paula Abdul, Jaden Smith, and Joey Fatone (for about 3 seconds at the end). I would have loved to seen the films narrative mixed in better with the hidden camera challenges.

Official Premise: Impractical Jokers: The Movie stars James “Murr” Murray, Brian “Q” Quinn, Joe Gatto, and Sal Vulvano, also known as the comedy troupe The Tenderloins, playing themselves in a fictional story of a humiliating high school mishap from the early nineties. Featuring appearances from Paula Abdul, Jaden Smith, and Joey Fatone, the movie combines the fictional narrative with real life footage of over-the-top punishments and callbacks to classic moments from the series. Once the Impractical Jokers hit the road, they compete in hidden camera challenges for the chance to turn back the clock and find redemption.

If you are interested to check out this film, it is available now on all VOD sites including VUDU.