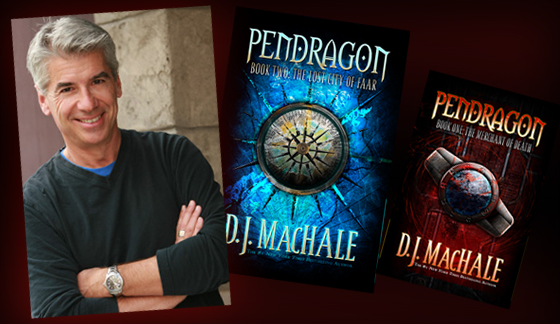 D.J. MacHale is a writer, director, executive producer and creator of several popular television series, including Nickelodeon’s “Are You Afraid of the Dark?”.  As an author, his ten-volume book series:  Pendragon:  Journal of an Adventure Through Time and Space became a New York Times #1 bestseller.

Other notable television writing credits include the ABC Afterschool Specials, the pilot for the long-running PBS/CBS series Ghostwriter; and the HBO series Encyclopedia Brown, Boy Detective for which he received a CableAce nomination for writing.