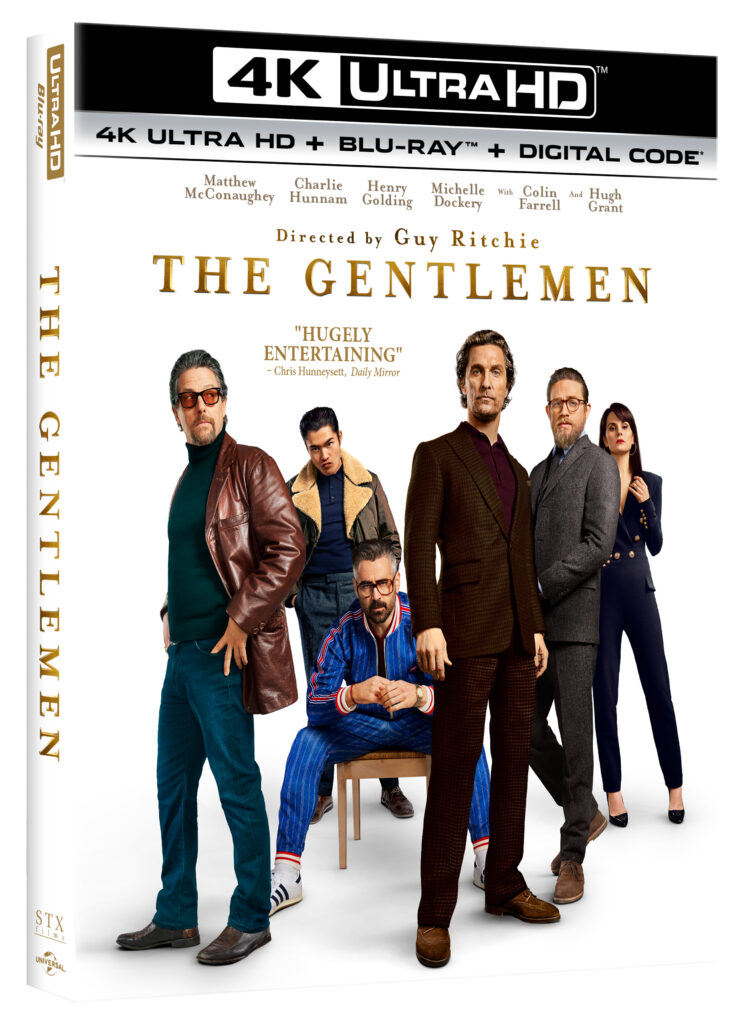 To celebrate the 4K Blu-ray Combo release for “The Gentlemen”, Media Mikes would like to give our fans a chance to to win a 4K Blu-ray combo pack. If you want to win this great prize, please leave a comment below or email us with your favorite Guy Ritchie film. This giveaway will remain open until April 28th at Noon, Eastern Time. This is open to our readers in US only. One entry per person, per household. All other entries will be considered invalid. Media Mikes will randomly select winners. Winners will be alerted via email.

THE GENTLEMEN follows American expat Mickey Pearson (Matthew McConaughey, Dallas Buyers Club), who built a highly profitable marijuana empire in London. When word gets out that he’s looking to cash out of the business forever, it triggers plots, schemes, bribery and blackmail in an attempt to steal his lucrative domain out from under him.

BONUS FEATURES EXCLUSIVE TO 4K ULTRA HD, BLU-RAYTM, DVD & DIGITAL:
• Behind-the-Scenes of THE GENTLEMEN – Get up close with the talented cast of THE GENTLEMEN as they give an inside look at the making of the film and share their experiences working with legendary director Guy Ritchie.
• Best Gentlemanly Quips – A selection of some of the funniest lines from THE GENTLEMEN that spotlights the witty writing behind the film.
• Glossary of Cannabis – Viewers are given a fun educational montage highlighting the numerous nicknames of Marijuana shown throughout the film.
• Photo Gallery