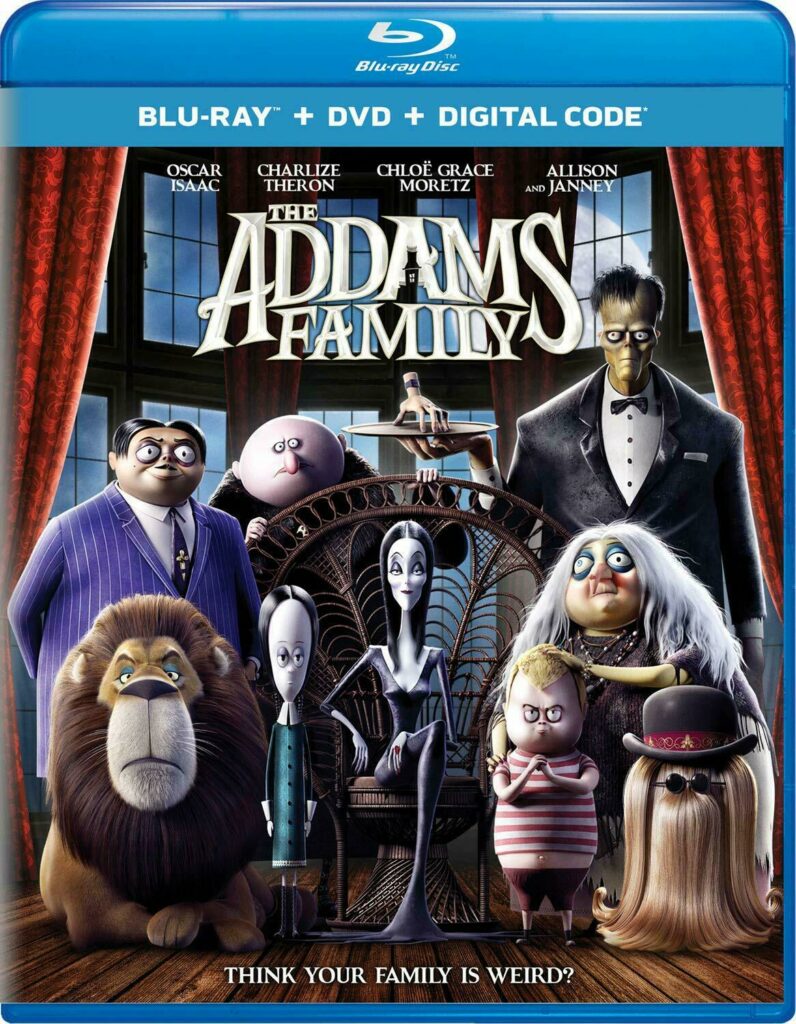 To celebrate the release of Universal Pictures’ “The Addams Family” on Blu-ray, Media Mikes would like to our fans a chance to win a Blu-ray combo pack. If you want to win this great prize, please leave a comment with your favorite member of The Addams Family. This giveaway will remain open until January 30th at Noon, Eastern Time. This is open to our readers in US only. One entry per person, per household. All other entries will be considered invalid. Media Mikes will randomly select winners. Winners will be alerted via email.

Everyone’s favorite creepy and kooky family is back in the “frighteningly funny and fresh” (Rosie Knight, IGN) animated feature film, THE ADDAMS FAMILY, arriving on Digital December 24, 2019 and on Blu-ray TM, DVD and On Demand January 21, 2020 from Metro Goldwyn Mayer Studios (MGM) and Universal Pictures Home Entertainment.The very first full-length animated film about the eccentric and unconventional family, THE ADDAMS FAMILY on Blu-ray TM, DVD and Digital showcase the wonderfully weird world of the Addams family with a variety of exclusive bonus feature snot seen in theaters including deleted and extended scenes, an interactive charades game with Thing, behind-the-scenes footage, music lyric videos and more! Filled with wildly funny moments and a fresh take on the beloved characters created by Charles Addams, THE ADDAMS FAMILY celebrates the uniqueness of every family and delivers spooky fun all year long.