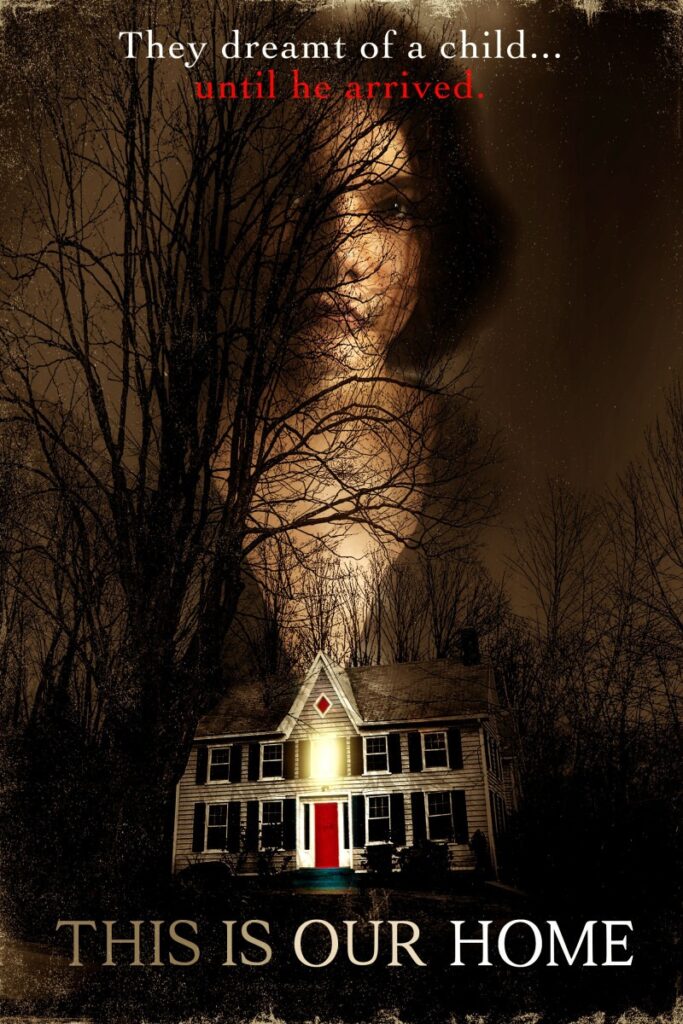 THIS IS OUR HOME

We meet Reina (Simone Policano) and Cory (Jeff Ayars) in what could be one of the most memorable moments of their relationship. Reina eagerly fidgets while trying to share the news that she’s pregnant. The next scene is something most parents will find touching and familiar… our couple, intertwined, in a playful and intimate baby-naming brainstorming session. Things are going well and we’re optimistic for these people who seem like a nice team. The next scene shares a fleeting and incredibly terrifying and intimate moment where you begin to watch the process of mourning that child. This moment alone will decide what how the rest of this film is received depending on the audience’s personal experience.

Reina and Cory head upstate to her family vacation home, secluded in the woods. A relaxing few days, of which we can only assume is intended to serve as a last-ditch effort relationship repair. Scene after scene they become more unbearable to observe together and then an unexpected third party joins them, a child who has seemingly emerged from the woods claiming to be their son. Drew Beckas, who portrays Zeke, brings a remarkable set of eccentricities to his new family unit. His arrival, received by his “parents” in violently varying ways, is agonizing to watch. His age, mannerisms, vocal cadence or the toddler-like prance that doesn’t match his adolescent body all make the second half of the film unsettling and strangely efficient.

After their initial agreement to call the authorities about his arrival, Zeke separates the couple for one on one time, finding Reina submitting to her maternal instincts (and grief) and Cory growing increasingly more agitated and threatened. Both drawn into different corners of madness, the story commits to serving as a psychological thriller when layers of their relationship are peeled back and you start to question how much of what you’re viewing is actually happening, where it’s happening and why?

“This is Our Home” is the equivalent to being a guest at a highly dysfunctional family dinner. You go home, glad you’re not related to these people but with a great story to discuss with others. It’s 73 minute run time falls just short of feeling complete. An early sequence involving the couple’s interaction with some backwoods-y motorists feels wedged in to an otherwise claustrophobic story. There’s additionally several unnecessary lingering shots that unnecessarily pad the film’s short runtime for style’s sake. Director Omri Dorani still makes a very worthwhile attempt at constructing a very horrific study of the demolition of a relationship. His storytelling commits to trusting his audience to piece together their own interpretation warranted a few days digestion and earned a second viewing dissection where it proved even more effective.