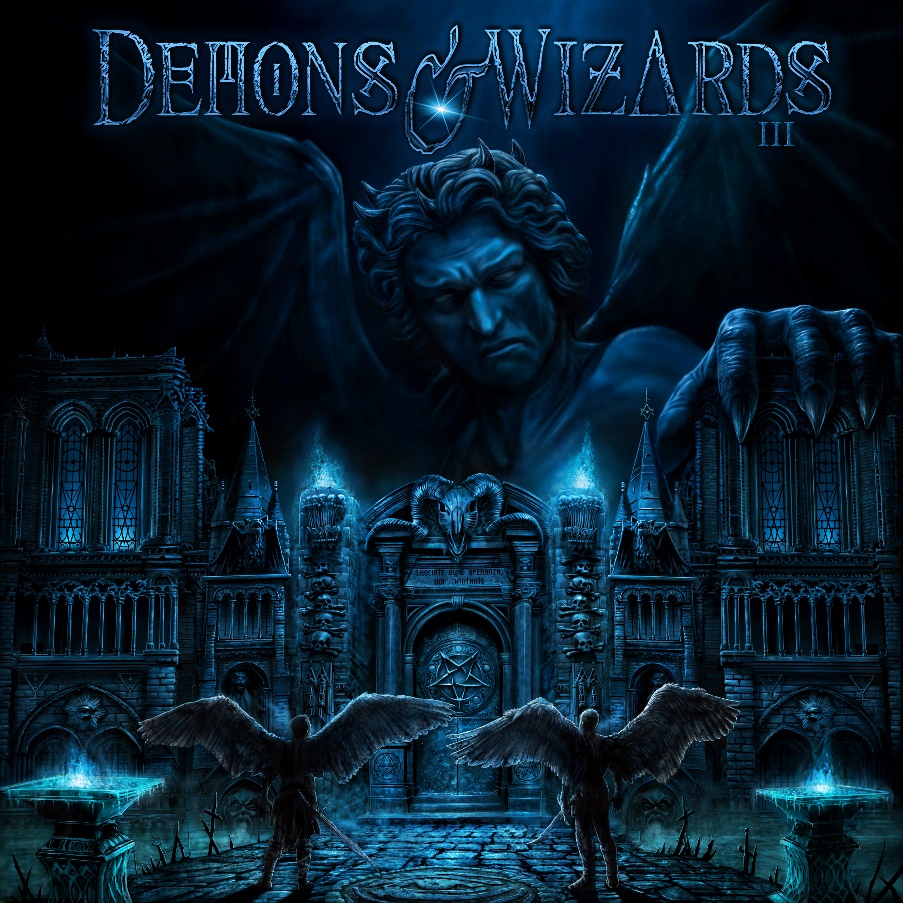 III SCHEDULED FOR RELEASE ON FEBRUARY 21, 2020 VIA CENTURY MEDIA RECORDS IS NOW AVAILABLE FOR PRE-ORDER HERE

Coming on the heels of the recent announcement that DEMONS & WIZARDS will release their first album in 15 years III on February 21, 2020, the band is back to unveil the music video for their debut single “Diabolic.” The newest musical opus showcases the sound that fans have come to love from the band. The just released music video borrows stylistic elements from the album cover to tell the time old tale of good vs evil with Hansi Kürsch and Jon Schaffer as the main characters. Watch the video for ‘Diabolic’, which was created by iCODE Team here: https://youtu.be/frMkdkCV2D0.

Hansi Kürsch states: “‘Diabolic’ for sure is a musical statement and its message is very clear and precise: We take no prisoners! We had a hard time figuring out a proper opener to ‘III,’ but when ‘Diabolic’ took shape, we realized it was the perfect introduction to the album!”

Jon Schaffer adds: “This song is a sequel to ‘Heaven Denies’ and it is dark, heavy, vicious,melodic, and totally atmospheric, everything I love about songwriting and making records in eight minutes! ‘Diabolic’ has the right attitude to make a strong statement as the first song that people will hear after 15 years!”

DEMONS & WIZARDS is one of the most legendary collaborations in the history of heavy metal, uniting the talents of Jon Schaffer (Iced Earth) and Hansi Kürsch (Blind Guardian) who are friends for nearly three decades.

DEMONS & WIZARDS musically embodies both musician’s stylistic trademarks and has resulted so far in two hugely celebrated studio albums, Demons & Wizards and Touched by the Crimson King. Both records have been reissued in 2019 on time with the group’s extremely successful return to the world’s stages. Now, the band presents III, a stunning monument of dynamic and powerful heavy metal that simply has all you would expect from these iconic musicians! III is epic, melodic, crushingly heavy, atmospheric, and all in between. 65 minutes of heavy metal mastery! III can now be pre-ordered in a variety of luxurious and limited formats: https://demonswizards.lnk.to/III.

The track-listing for III is:

06. Dark Side Of Her Majesty

The III recording line-up consists of: