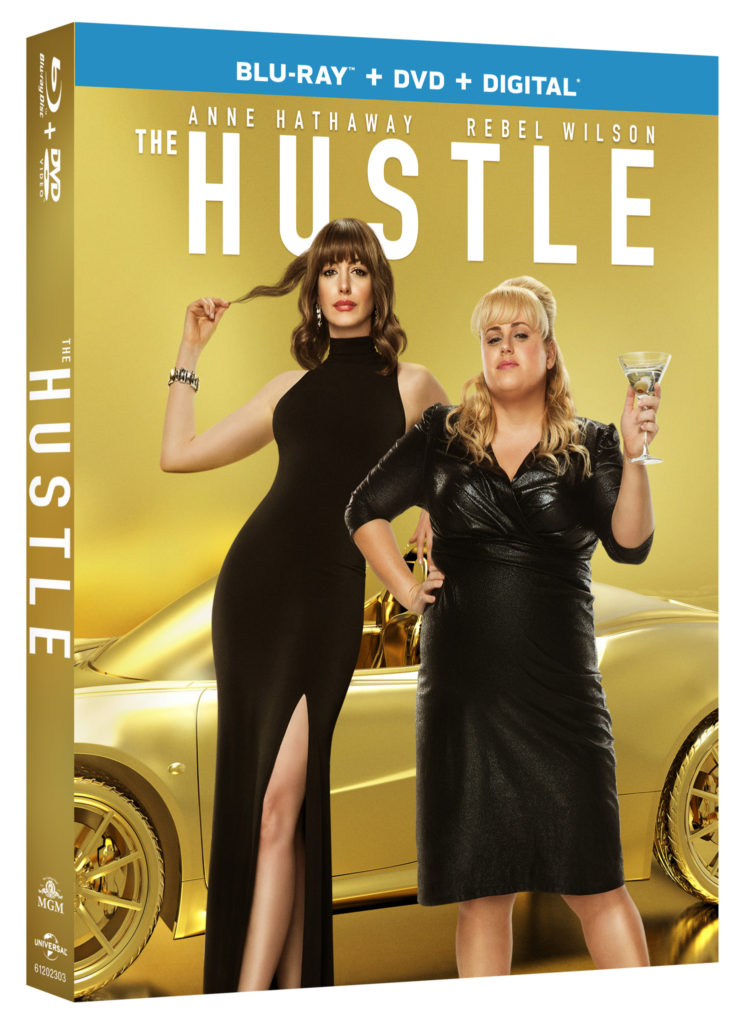 To celebrate the release of Universal Pictures’ “The Hustle” on Blu-ray, Media Mikes would like to our fans a chance to win a digital download of this season. If you want to win this great prize, please leave a comment with your favorite Anne Hathaway movie. This giveaway will remain open until August 17th at Noon, Eastern Time. This is open to our readers in US only. One entry per person, per household. All other entries will be considered invalid. Media Mikes will randomly select winners. Winners will be alerted via email.

From director Chris Addison (“Veep”) and producers Roger Birnbaum (The Magnificent Seven) and  Rebel Wilson, THE HUSTLE on Blu-rayTM and DVD showcases bonus features taking viewers further into the world of scamming with special featurettes including behind-the-scenes footage, commentary from the cast and filmmakers, and more!

Josephine Chesterfield (Hathaway) is a glamorous, seductive Brit who defrauds gullible wealthy men. Penny (Wilson) amasses wads of cash by ripping off her marks in neighborhood bars. Despite their different methods, both are masters of the art of the fleece so they con the men that have wronged them. Wilson’s talent for physicality and Hathaway’s withering wit are a combustible combination as the pair of scammers pull out of the stops to swindle a naïve tech billionaire, played by Alex Sharp (How to Talk to Girls at Parties), in this hilarious comedy.

BONUS FEATURES on BLU-RAYTM AND DVD